A busy stretch of College Avenue on the city's north side has been without working streetlights since March, due to construction of the Red Line where some cables were damaged. 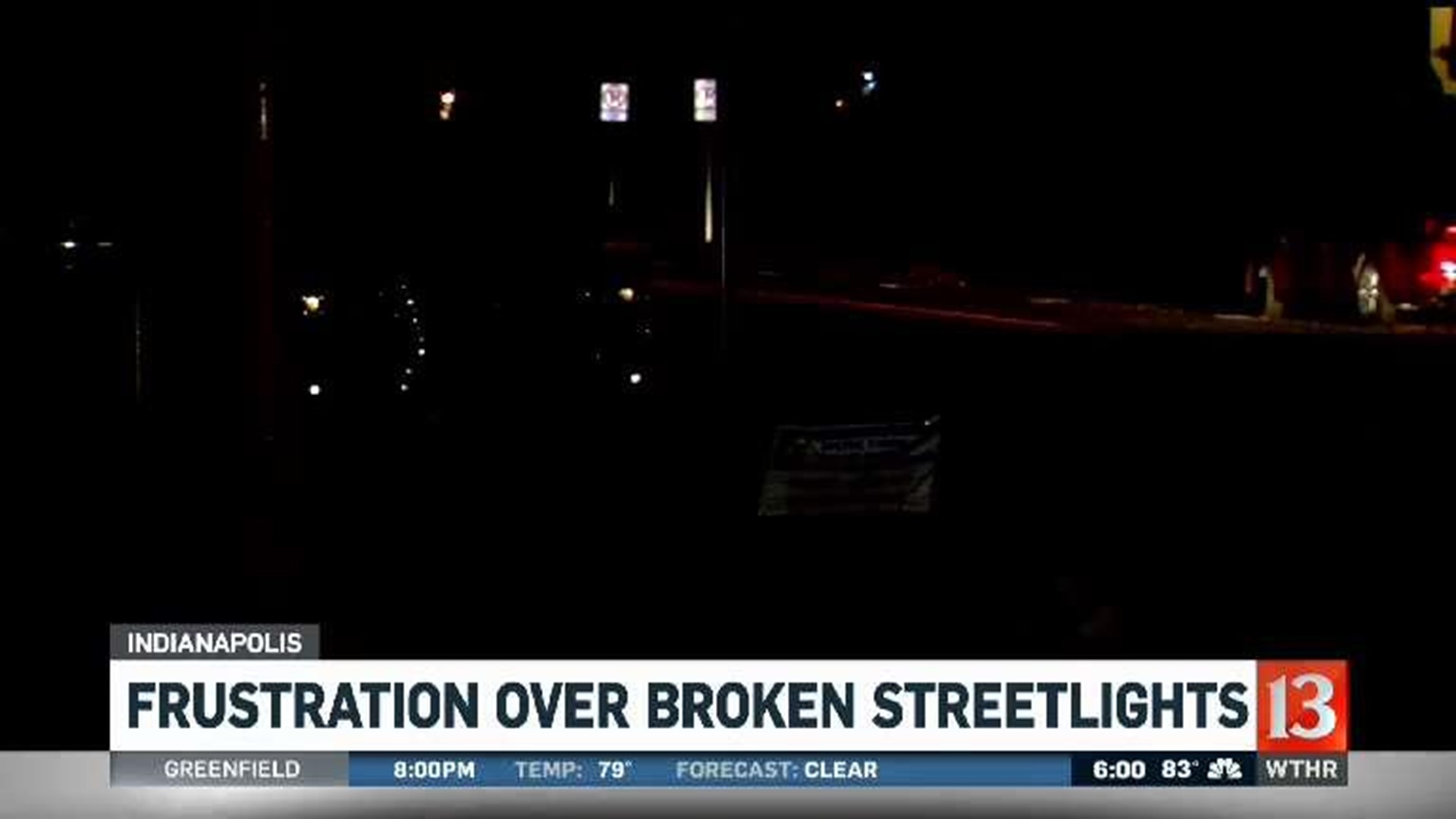 INDIANAPOLIS (WTHR) - A busy stretch of College Avenue on the city's north side has been without working streetlights since March, due to construction of the Red Line where some cables were damaged.

Residents who live along College between 38th and 42nd streets have let the city, IPL and their neighborhood association know they're tired of being in the dark, especially now with IndyGo's new Red Line up and running for nearly three weeks.

"It's very, very pitch black outside. I have to use the flashlight on phone just to see," Johnetta Springer said.

She's not kidding. The only lights DriveCam 13 captured on College just south of 42nd Street Wednesday night were headlights and the faint glow of porch lights.

But the real concern is how dark the sidewalks are.

As Springer said, "if you're walking...you can't really see what's out here. You don't know who's behind you."

And the College Avenue corridor with its restaurants and businesses is one that gets a lot of foot traffic.

Thursday, Springer and her neighbors got a few steps closer to an additional ray of light or two. The Meridian-Kessler Neighborhood Association (MKNA), along with help from a handful of public safety officers, went door-to-door delivering 500 free solar-powered yard lamps to dozens of homeowners.

Springer, who already has several similar lights lining her walkway, said "I'm not sure how much light they'll provide...they're not the same as streetlights shining down, but maybe they'll help some in the meantime."

That's the hope of MKNA Executive Director Chelsea Marburger who calls them "an interim measure."

"They are not a replacement for overhead street lights but an opportunity for us to shed about three-foot radius of light directly onto the sidewalks just to help everybody," Marburger said.

She said the lights are about "increasing visibility," especially as it gets dark earlier in the evening and stays dark later in the morning.

Property owners were given five or six lights to plant along the sidewalk, every few feet. Marburger noted because they're solar-powered, residents don't need to worry about replacing batteries.

Adrienne Johnson, standing outside her sister's house when two officers walked up to offer her the lights, said, "thank you. She will really appreciate this...I mean, it's pretty dark. You could get hit if standing curbside. This might lighten it up since the lights aren't working yet."

An IPL spokesperson told Eyewitness News crews had begun repairs and should be finished "soon."

IPL picked up the tab for the lights, which Marsburger said cost about $2,000.