A Decatur County teenager won a national contest for her message about stopping distracted driving. 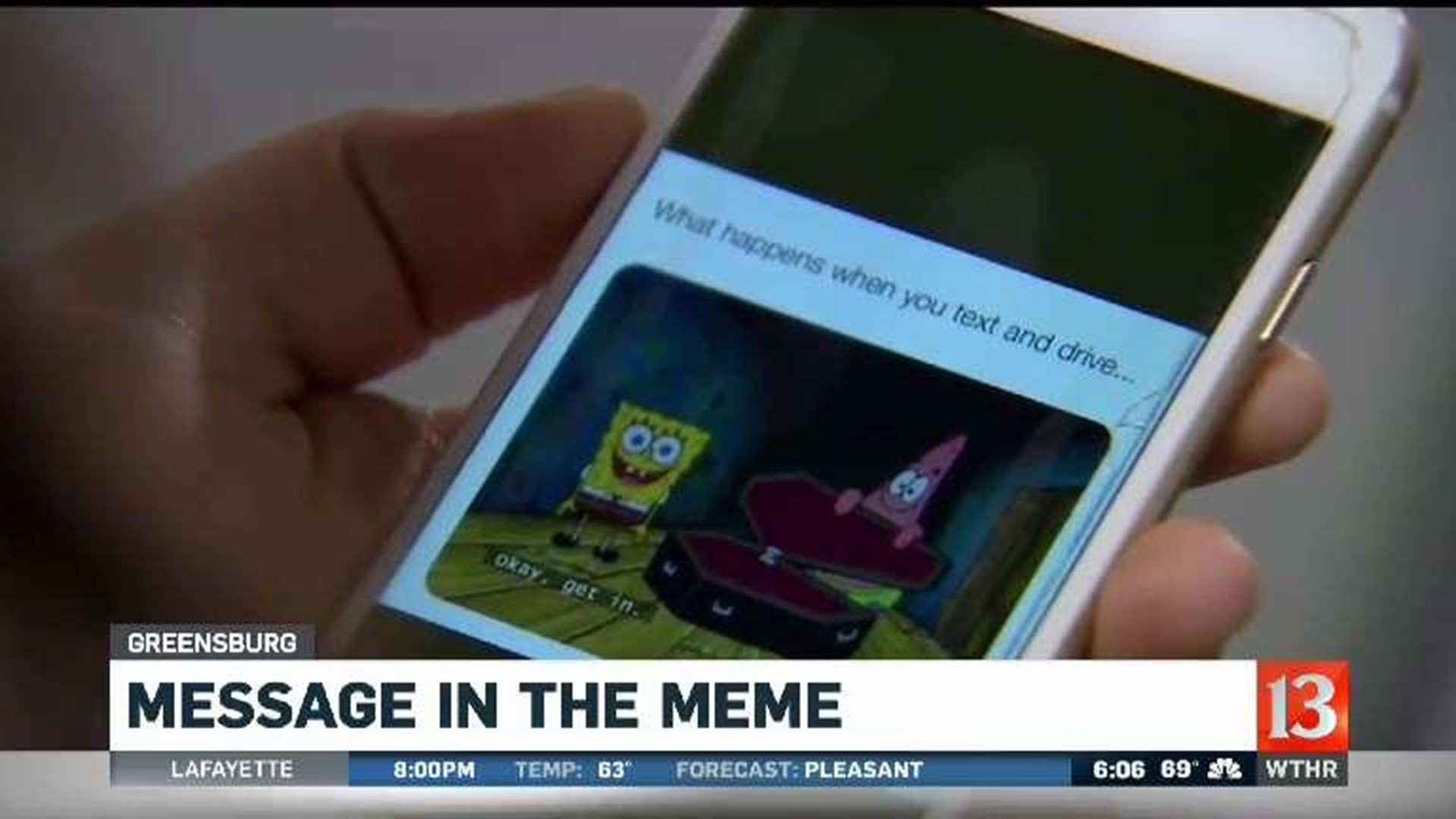 GREENSBURG, Ind. (WTHR) - We've all seen it on the way to work or to school or to the store: someone in the car next to you, texting while driving.

It's dangerous and can have deadly consequences.

That's why a teenager in Decatur County is working to end distracted driving. She's now being recognized nationally for her efforts.

Like most teenagers, North Decatur High School sophomore Katy Kinker is pretty attached to her phone.

But that connection ends in her car. While she never texts and drives, she says it seems to surround her on the road.

"I see a lot of people doing it and it really scares me, because I've seen people swerve. They hear that little beep and they open up their phones right away. It really scares me that these people are just recklessly driving around me and around everyone else," she said.

According to the NTSB's most recent report, 75% of people admit using their phones while driving.

It's why Katy decided to do something about it.

She's an active member of the SADD chapter at North Decatur High School. Recently, she entered a nationwide contest aimed at ending distracted driving. The contest asked students to create a meme that entertains, yet also communicates the danger.

"I wanted people to realize that a lot of people do die from texting and driving," she explained.

Her meme with SpongeBob SquarePants, featuring a coffin and the message "What happens when you text and drive," won the contest. She earned a $2,500 prize, most of which she's saving for college, plus a $500 donation to the charity of her choice.

Katy is donating that money to the American Cancer Society.

"We're very proud of her," said North Decatur guidance counselor and SADD sponsor Barb Lecher. "You can imagine the joy and the excitement when we realized that Katy had won that."

Can a meme really make a difference when we see people driving distracted every day?

Katy and her counselor believe it can. It does target that teen audience: new drivers, still forming new habits behind the wheel, who Katy wants to protect.

"If it affects one person, if it saves one person's life, it's definitely worth it," Lecher said.

Coincidentally, the second place finisher in this contest is also from Greensburg, a student at Greensburg Community High School.