The non-profit organization Near East Area Renewal has been revitalizing St. Clair Place for a decade and so far, they’ve rehabbed over a hundred properties. 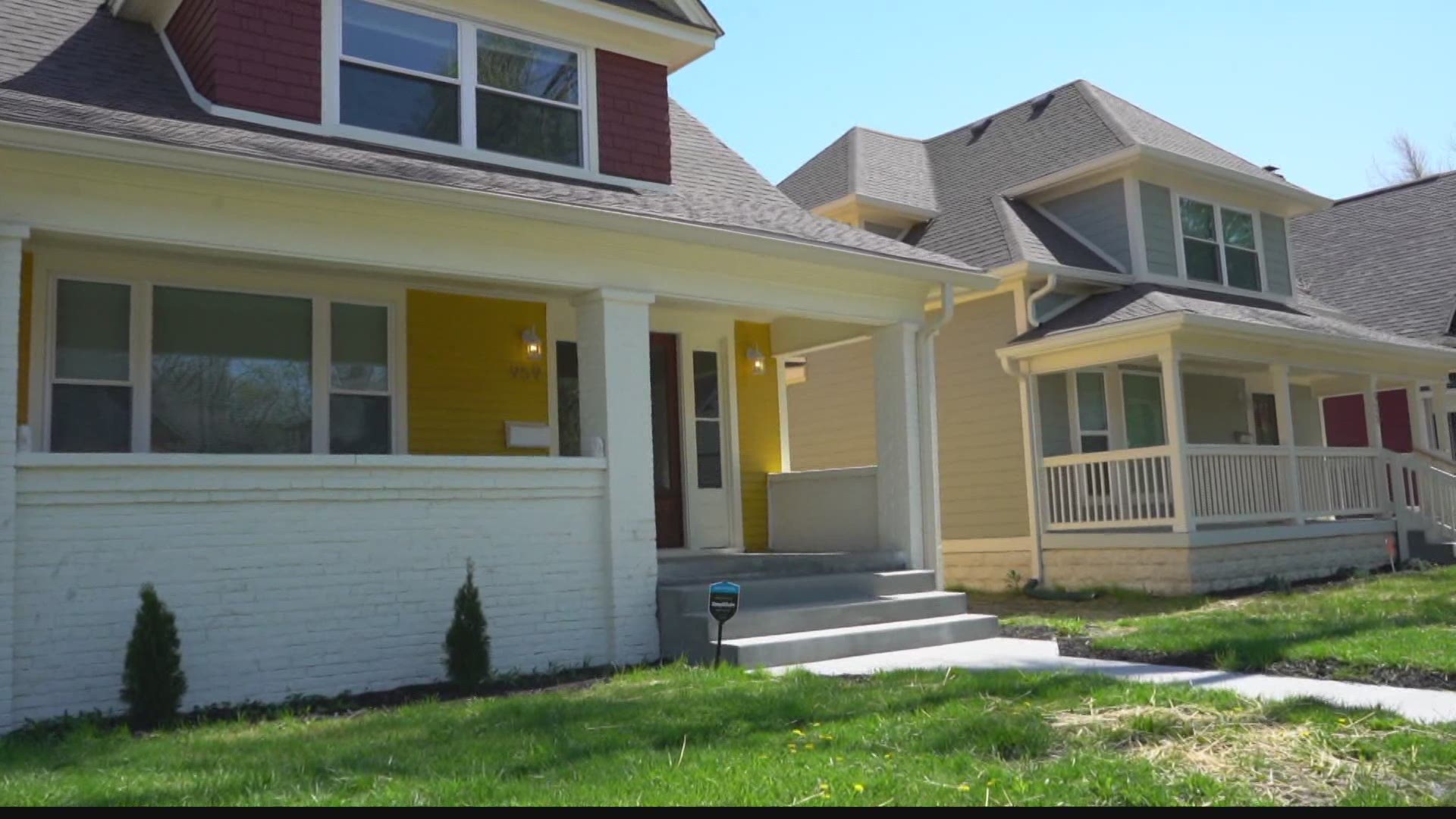 INDIANAPOLIS — Indiana is among the top three states in the country with the highest rate of teachers leaving the profession for reasons other than retirement. But various entities across Indianapolis have come together with an affordable housing project to help keep Indy’s teachers in our cities.

What is the Educators' Village?

The Educators' Village is an area with homes focused on providing affordable, safe housing for teachers. It is a model that exists in other cities, and Indiana has a teacher retention problem.

The non-profit organization Near East Area Renewal (NEAR) said it has been revitalizing St. Clair Place for a decade and so far, they’ve rehabbed over a hundred properties.

“Of those 122 (properties rehabbed), 32 properties are permanently in rent management and available to households only at 50 percent of area medium income,” said John Franklin Hay, executive director of NEAR.

“Deputy Mayor Jeff Bennet approached us and said have you ever thought about putting together a teacher’s village,” Hay said.

The Educators’ Village is a 22 home project near 10th and Rural that is providing affordable housing for teachers. The homes are available to anyone, but ten teachers have purchased the homes already.

For the past eight years, Hay has been involved in community development of the neighborhood he’s called home since the 1980’s. He said he first moved to the area as a pastor of Shepherd Community, always preferring to serve in an urban area.

Prior to joining NEAR, Hay said he was the director of the John Boner Community Center and Verizon House. He lives, works, and serves St. Clair Place.

“Part of it is neighboring, part of it is trying and hoping for community, in a place like this, and then once it gets going building it and growing it and then looking where else can we go what else can we do,” Hay said. “Rural Street just south of tenth street has long been known as a really, really tough area.”

Neighbors who spoke with 13News off camera said in the past they never felt comfortable sitting out on their front porch. That is until now.

Living next to teachers also could have its perks.

“If I don’t know how to help my child with his homework, I can just ask them how to do something,” the neighbor said.

Other residents said the street is now up and coming because of all the development.

How do teachers afford these homes?

“There’s significant funding that brings the cost of sale down. Perhaps if the cost is $200,000 to rehab a home, we’re selling it at $150,000 which makes it more affordable for a teacher,” Hay said.

“The total was just under $100,000 that we were able to help these families with and it ranged from five to 25,000 dollars depending on the need of the household,” said Joe Hanson, executive vice president of Strategic Initiatives at INHP.

“We worked with IPS, and Urban Charter Schools, we work with Mayor Innovation Schools Initiative, the mayor of Indianapolis, along with the Department of Metropolitan Development, INHP, a number of partners it took to put a project like this together,” Hay said.

He said TeachPlus was one group that was vocal about how affordable housing would be helpful in retaining teachers in Indianapolis.

Many teachers live outside of the community where they work because they can’t find safe affordable house, and after a while the commute gets daunting, according to Hay.

Often these teachers will leave the schools and end up teaching where they live. But the homes that NEAR has revitalized are equal opportunity housing.

Anyone who buys these homes, whether they work in IPS or not, can’t make more than roughly $45,000 for a single individual buyer.

All the entities involved in the Educator’s Village hope this project will help keep teachers in Indianapolis schools because now more IPS teachers can live closer to where they work.