Three weeks ago, Griffin Smith was fine, but an accident at a family outing led to a rare injury and the loss of feeling in his lower body. 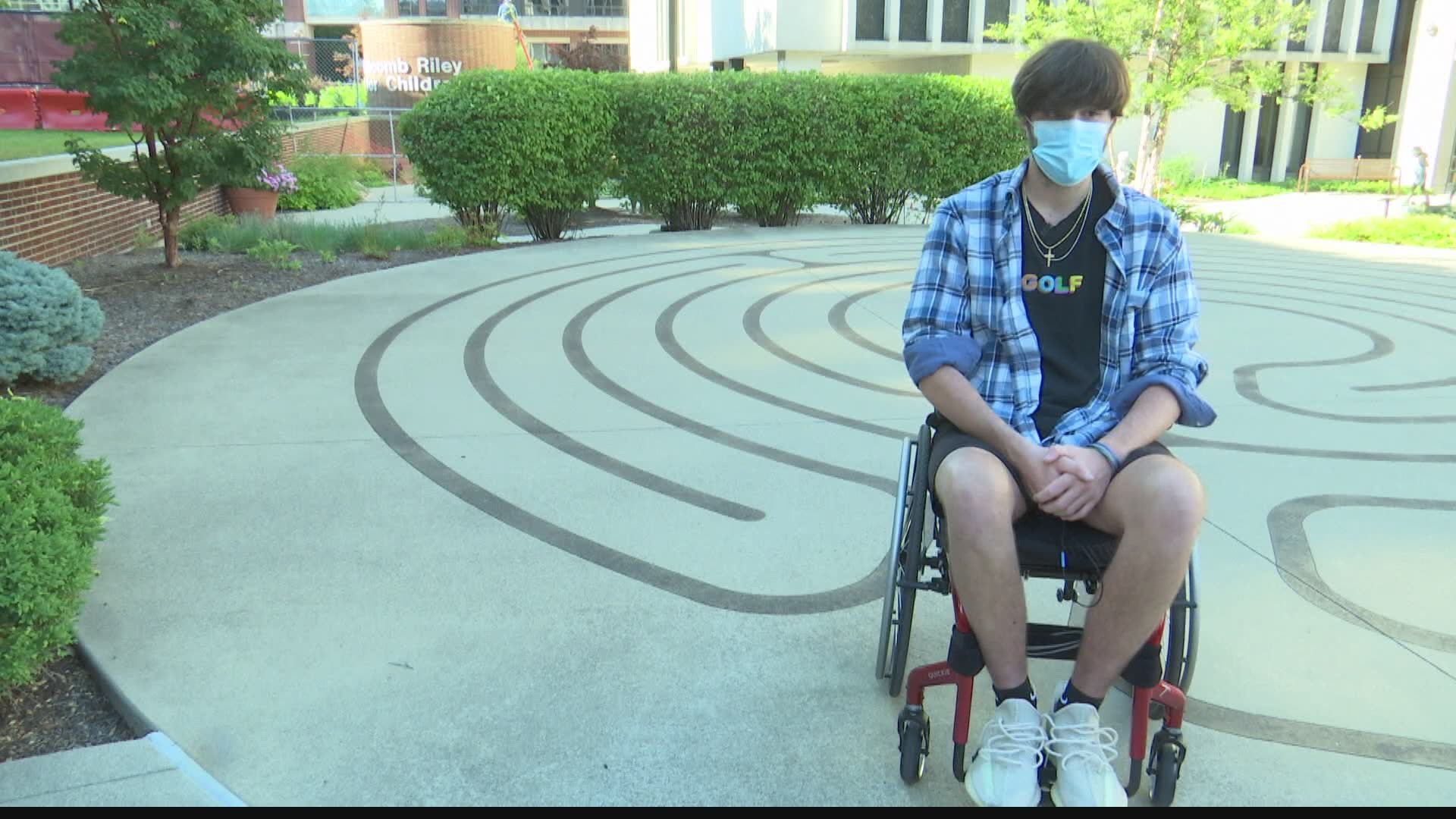 NOBLESVILLE, Ind. — Griffin Smith has always been active and athletic. The incoming senior is the varsity goalie for the Noblesville High School lacrosse team.

So seeing him confined to a wheelchair, learning to move again is hard.

“It’s rocked our world. It’s flipped it upside down,” said Griffin’s father, Greg. “I’ve coached from little league all the way up and this has been very challenging for the family.”

Well, it’s hard for everyone, except maybe Griffin.

“I’m 17. I’ve got a young body. I’m healthy all the time. I know I can defeat the odds and be able to walk again,” said Griffin.

Three weeks ago, he was fine, but an accident at a family outing led to a rare injury.

“I was playing a game with my brother and I went to go hit a ball and I twisted my back weird. I started having back pain, so I went and took a break and it just kind of escalated from there,” said Griffin. “It was excruciating pain in my back, lower back and around my middle back. That kind of just went to my stomach, chest, and it gave me a really bad headache.”

Then pain turned to no feeling at all.

“I knew something was wrong when I went to ask for help and my speech was slurred,” said Griffin.

He came to Riley Hospital for Children at IU Health, where doctors determined he had a rare and potentially debilitating spinal stroke.

“I have not seen a kid with this specific type of stroke,” said Griffin's neurologist, Dr. Kelly Kremer. “Of all adult patients admitted to the hospital for stroke, it only makes up about 1 percent of the admissions for stroke, so it’s very rare and in kids, it’s even more rare.”

“Really, only 10-20 percent of people make any type of motor improvement, which means they start to have movement below their level of injury,” said Riley Rehabilitation Director Dr. Jessica Camilleri.

Griffin is already in that 10-20 percent, able to kick with his right leg.

“The first thing that came to mind was, I am just going to prove them wrong and I don’t believe what they’re saying,” said Griffin.

Every day he is in physical therapy. His spirit has amazed everyone, parents and doctors included.

“I’ve never met somebody who is so eager to come to rehab and really get working to being independent and everyday he just accepts new challenges and that’s why he’s been so successful,” said Camilleri.

“I mean, just his strength everyday he gets stronger and stronger and it never ceases to amazes us,” said Griffin's mother, Heather.

He hopes to leave the hospital next week, but life will be different.

His family will need a new van and their home will have to be made more wheelchair accessible. But then again, Griffin doesn’t expect to be sitting long.

Friends have set up a GoFundMe page to help with his recovery.