An Indianapolis woman believed to be in the country illegally is accused of driving drunk this morning and killing a Noblesville man. 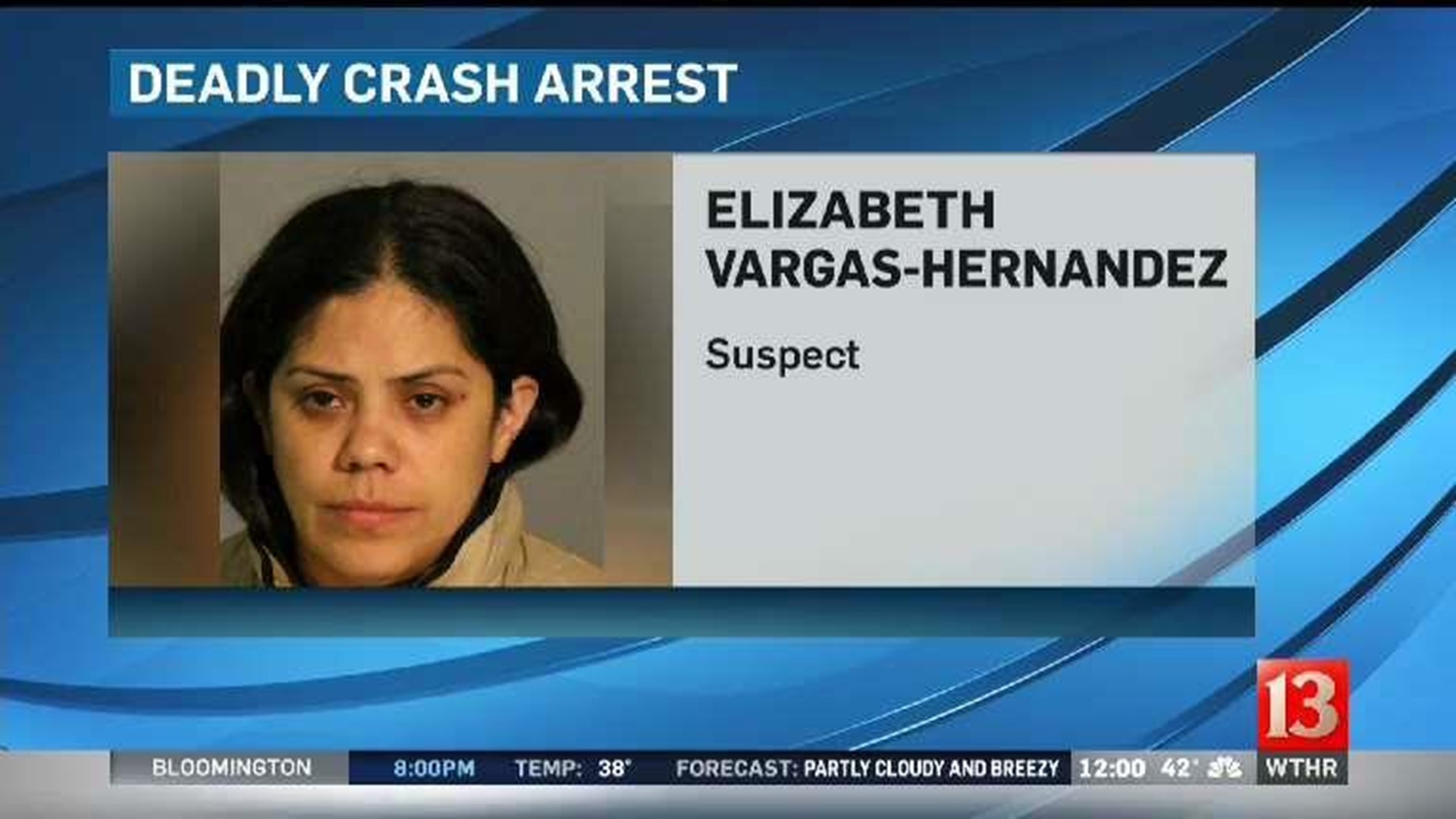 INDIANAPOLIS (WTHR) - An Indianapolis woman believed to be in the country illegally is accused of driving drunk this morning and killing a Noblesville man.

The crash occurred on the city's northwest side on Interstate 465 near Michigan Road.

The victim is a former missionary. The suspect, state police investigators believe, entered the country illegally.

The high-speed collision happened around 2:30 a.m. Monday, sending David Kriehn's car careening off the interstate and into a ditch. Investigators say it rolled over several times, killing the 66-year-old father and grandfather.

Co-workers were shocked and tearful.

"Dave was a gentle, caring man," Harry Straut said. "A good person. The guy you liked to hang out with as well as work with."

As a manager at famous Dave's Bar-B-Que, Kriehn earned a reputation as a leader who put others ahead of himself. According to the company's operation manager, Kriehn closed the restaurant Sunday night, then worked into the early morning, completing an inventory, before heading to his home in Noblesville.

"Dave was an inspirational leader," Straut explained. "He spend much of his life before entering the restaurant industry being a missionary."

State police believe Elizabeth Vargas-Hernandez was traveling at a high rate of speed when her SUV rammed into Kriehn's car. Investigators say Hernandez smelled of alcohol and failed a field sobriety test.

They suspect the 35-year-old and her three passengers had just left a bar. Hernandez is preliminarily charged with operating while intoxicated causing death. The state police investigation also uncovered evidence that the woman entered the country illegally and has never held a driver's license.

It is not clear how that may affect her criminal case or ability to obtain a bond and be released from jail. The Marion County Sheriff's Office does not routinely notify federal authorities when suspected undocumented immigrants are arrested and jailed for serious, unrelated crimes.

In an email, a sheriff's spokesperson said, "Arrests are public record. ICE has access to the arrest records. MCSO does not address immigration status/issues."

In the meantime, Kriehn's co-workers have established a go fund me page to help his family. Click here to help.