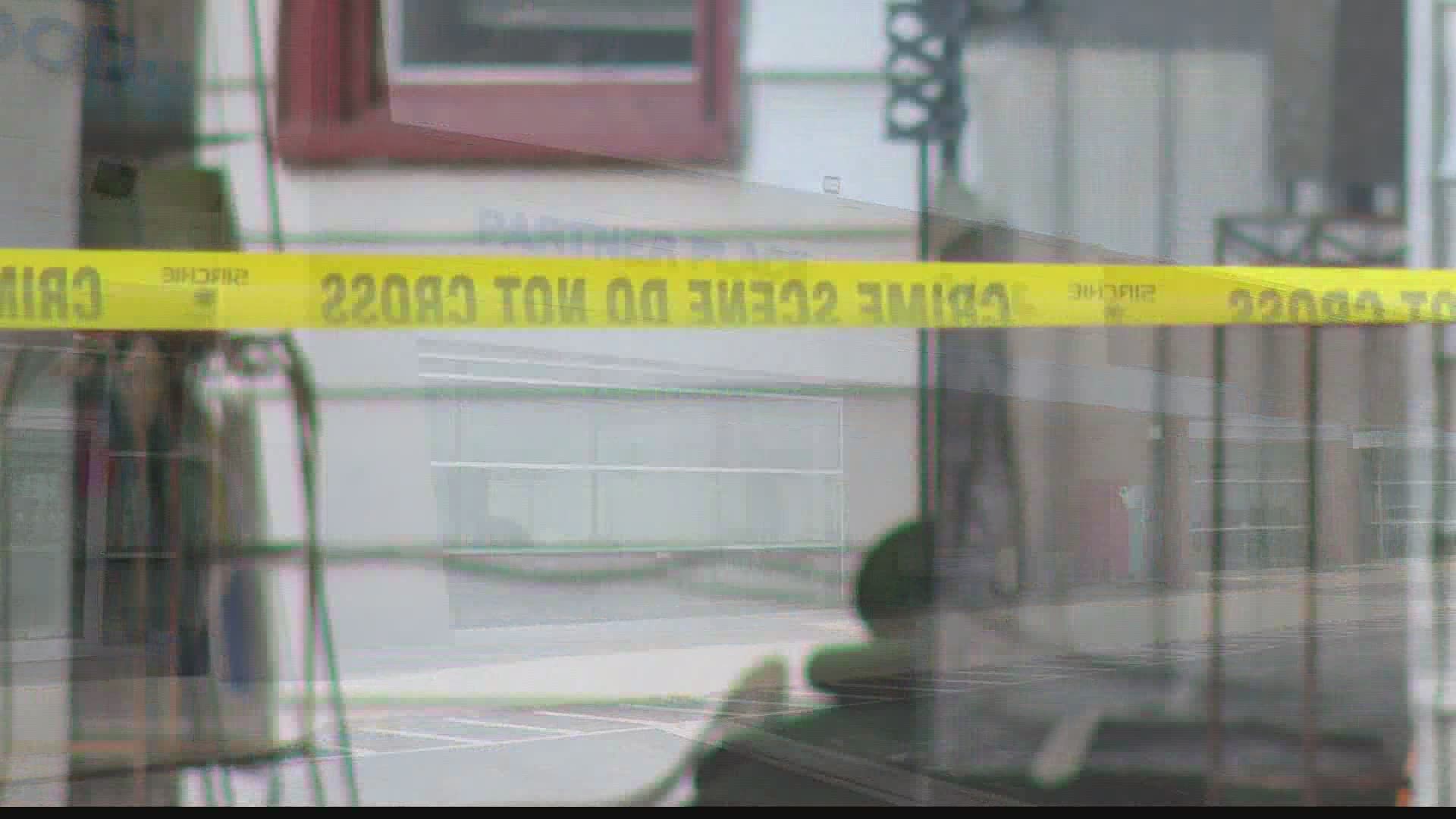 NOBLESVILLE, Ind. — So far this year, Indianapolis has seen more than 100 homicides, and concern over gun violence is growing.

We're heading into the summer months, when a spike in shootings is typically seen. And right now, Marion County is on pace for another record year for murders.

There's a movement started by a group of mothers hoping to make a difference for families.

"I worry about what kind of world my daughter’s going to grow up in,” said Emily Crapnell of Noblesville.

Crapnell was pregnant with her first child and teaching at Noblesville West Middle School when a 13-year-old student opened fire in the classroom next to hers, injuring a student and teacher before the teacher was able to wrestle the gun away.

“After I was in the shooting, I wondered how do we teach kids about this? How do we talk to them about it at a young age, where we clearly express it’s a reality, but we’re not scaring them?” Crapnell said.

Lessons like the ones Crapnell is talking about are part of the reason she and her family came to Noblesville's Nickel Plate Arts on Friday night. On display at the gallery for the next month are paper boxes, each representing a person killed and injured in gun violence in the United States.

Among the images and names on these boxes are the victims of April's mass shooting at an Indianapolis FedEx facility.

It’s all part of the Soul Box Project, started by a woman in Seattle to raise awareness about the impact of gun violence.

“More than fifty percent of American adults know someone who has been personally affected by gun violence,” said Jane Hedeen with Moms Demand Action, a grassroots organization founded by a Zionsville woman after the 2012 shooting at Connecticut's Sandy Hook Elementary School.

“It’s just devastating when you see these stories come across the news and you know that they didn’t have to happen,” Hadeen added.

Eventually, the boxes created in Indiana will become part of 200,000 others to be displayed sometime this fall on Washington's National Mall. One of them will be a box Emily Crapnell created with her 2-year-old daughter.

Crapnell left teaching, in large part due to the school shooting that happened just feet away from her.

“You just weigh the risks and you see this beautiful life in front of you and you’re like ‘I’m barely making any money anyway, so why not just be home with her?’” Crapnell said.

She knows it's likely her little girl will grow up in a world of active shooter drills, just in case, God forbid, there’s a shooting someday at her school.

“Outside your own home, it feels like a lot it is out of your control,” said Crapnell.