In an interview with the New York Times, Anna Ruch, now 33, detailed an incident from September 2019 at a wedding reception in New York City. 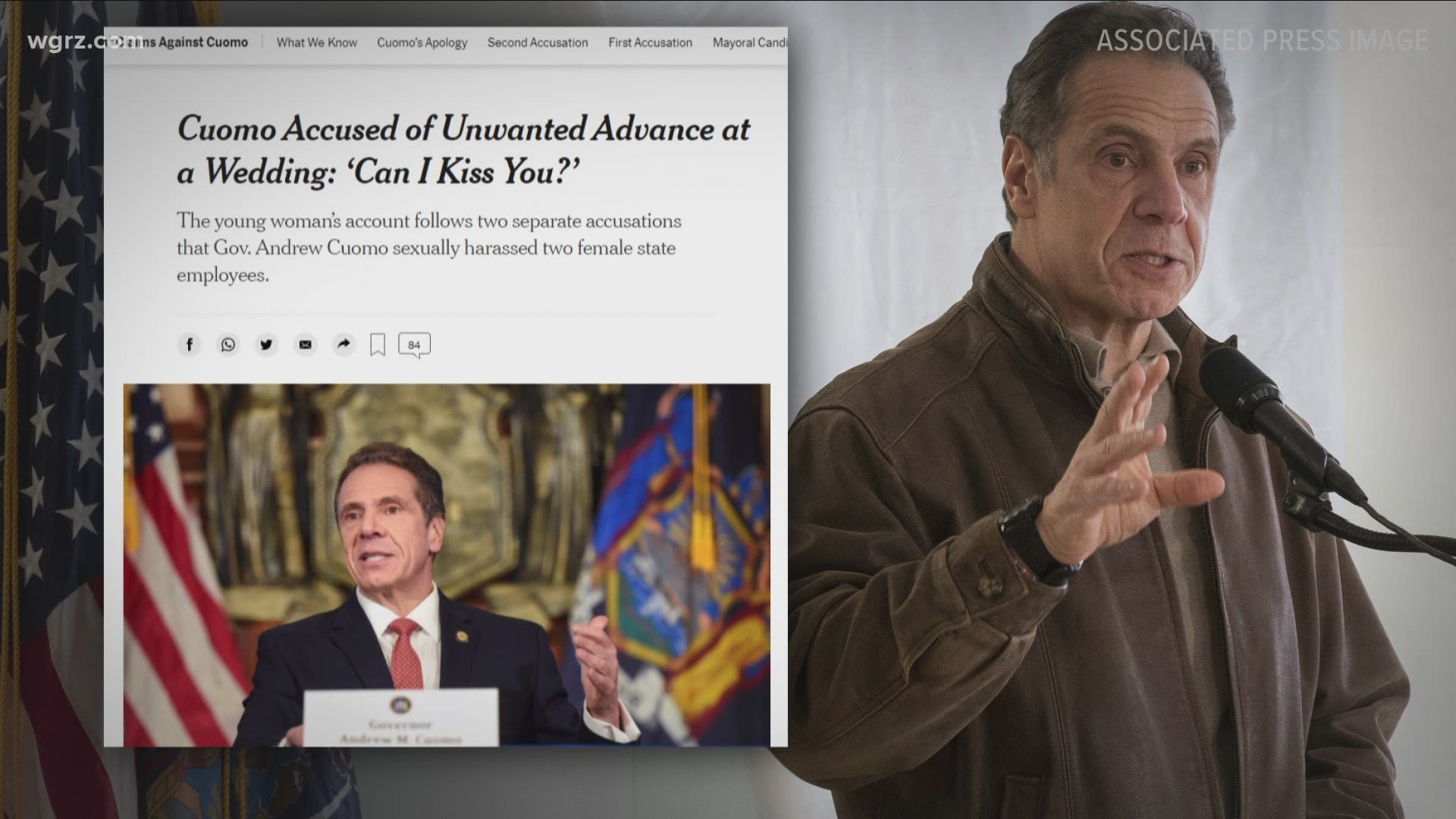 NEW YORK — According to a report Monday evening by the New York Times, a third woman has accused New York Gov. Andrew Cuomo of sexual harassment.

In an interview with the New York Times, Anna Ruch, now 33, detailed an incident from September 2019 at a wedding reception in New York City. Ruch told the New York Times that Cuomo had put his hands on her bare lower back, adding that her dress had an open back.

Rush says the governor told her she seemed aggressive, and proceeded to put his hands on her face and asked if he could kiss her. Then the governor allegedly kissed her cheek.

She went on to say that she felt uncomfortable and was embarrassed by what happened.

Earlier Monday, New York Attorney General Letitia James announced that her office has received a referral letter from the executive chamber to allow an investigation into the allegations of sexual harassment against the governor.

According to the referral letter signed by Beth Garvey, special counsel to the governor, James may select an independent law firm to "conduct an inquiry into allegations of and circumstances surrounding sexual harassment claims made against the governor." The letter further states that all New York State employees are being told to fully cooperate with the investigation.

Gov. Cuomo said Sunday that he would cooperate with a sexual harassment investigation.