Coming soon to a neighborhood near you...a new theater venue, where you can take in a flick, enjoy a meal and perhaps engage in Q & A with the filmmaker. 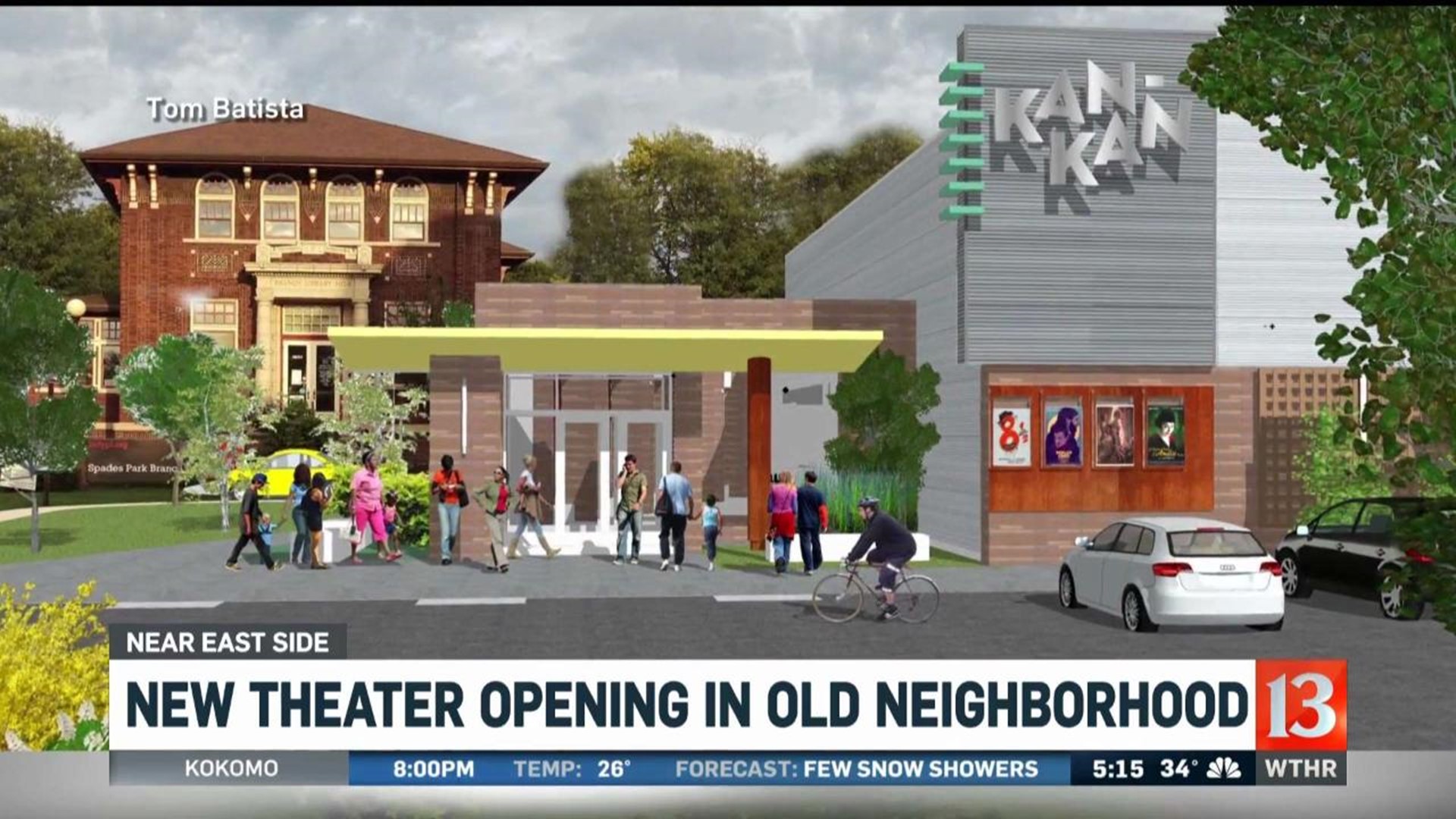 INDIANAPOLIS (WTHR) - Coming soon to a neighborhood near you...a new theater venue, where you can take in a flick, enjoy a meal and perhaps engage in Q & A with the filmmaker.

But it's not going up in the 'burbs, this new movie house is going up in a place that might surprise you. Windsor Park, an old near-east side neighborhood, will soon be home to Kan-Kan Cinema and Brasserie, a first-of-its-kind destination.

Tom Battista, one of the partners said, "It's scary. It's the biggest thing we've ever done," and in an area that's struggled with crime and blight.

"Of course it's a risk," Battista said. "But we've always gone into risky areas and made them better."

Nearly eight years ago, Battista saw opportunity in an old, weathered warehouse on Virginia Avenue near Fountain Square. At the time, it wasn't an area people were clamoring to. But, his son and others went to work and renovated the building. It became home to Bluebeard restaurant and Amelia's Bread, both high-acclaimed.

Not long after Battista renovated another nearby building that became home to yet another oft-talked about restaurant, Milktooth.

Now comes a $6 million theater venue with a restaurant (to be run by Bluebeard's award-winning chef Abby Merriss.) Why is Battista venturing into film? He said it's born of his time on the road as stage manager for Jimmy Buffett.

He said when on tour, "We always stay in the inner city where they have independent art movie houses... and everywhere we go they have one except in Indianapolis, where you have to go to a mall to go to an art movie house. So it's been a dream of mine for a long time."

Battista has several partners, including his son Ed, along with Sam and Ben Sutphin.

While the restaurant will be "for-profit," the theaters will be run by a non-profit, the Indianapolis Film Project, Inc.

It's headed by Louise Henderson, a former director of the Heartland Film Festival.

Henderson led a tour thru the building where workers are scrambling to finish before the soft opening in mid-March. Kan-Kan includes three theaters ranging from 35-to-45 seats, along with a small 12-seat screening room.

Henderson said, "All theaters will be screening a variety of independent films...not the latest Spider Man film, but we will be showing some films nominated for the Oscars or films at the Sundance and Tribeca film festivals."

She said she's thrilled because "the city has always needed a year-round venue that's high quality to show films different from the multi-plex theaters."

Henderson noted the theaters can also be used for speakers, discussions on film-making and community meetings.

The Brasserie is also expected to be a draw featuring French inspired small and large plates. The indoor area will seat up to 90 people with an outdoor patio accommodating 30 more.

Battista and his partners also acquired three adjacent houses, one of which will be home to Amelia's Bread and coffee. The other two will house locally-owned businesses.

While the Indianapolis Film Project is offering a variety of memberships with perks, ie. free admission to certain events, movie tickets are available separately.

Henderson said resident have been very supportive of the project and community outreach will continue to be a top priority, with special screenings and events for nearby residents. She said they also plan to partner with nearby Arsenal Tech High School on providing filmmaking classes for students.

The hope too is to hire "film lovers" to work at Kan-Kan Cinema and Brasserie. "We want them to be able to view the films, talk about them," Henderson said. "We really want this place to be a center for film... not just film lovers but filmmakers, too."