A new school bus safety system aims to protect kids getting on and off the bus. 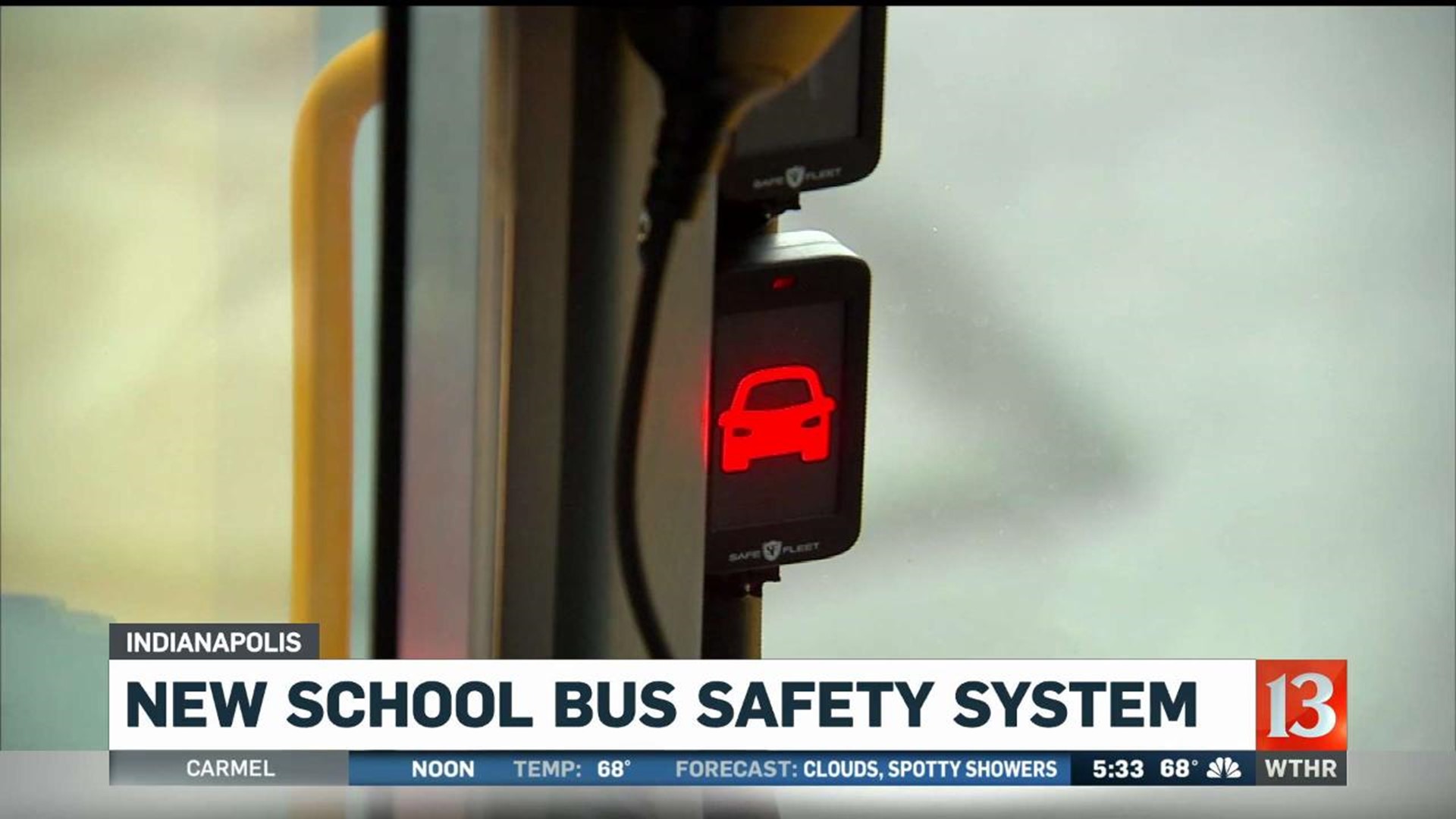 INDIANAPOLIS (WTHR) — A new school bus safety system aims to protect kids getting on and off their buses.

It's called the Predictive Bus Stop Arm and it works like a car's blind spot alert.

Cameras and sensors monitor 10 feet in all directions around the bus and predict approaching danger to students.

If there's a problem, the system lets the bus driver and students know before they get off the bus or cross in front of it.

"Stop arm violations and illegally passing stopped school buses is an issue that isn't going away," said Chris Akiyama of Safe Fleet, which built the system. "We have embarked on a system that can be an early warning system to help children avoid harm's way."

Five districts in the United States use the technology right now, but the company plans a big launch this summer.

Indiana recently passed a new school bus safety law after three children were hit and killed in 2018 near Rochester in Fulton County.