The program acknowledges the role that coaches play as mentors to student athletes. 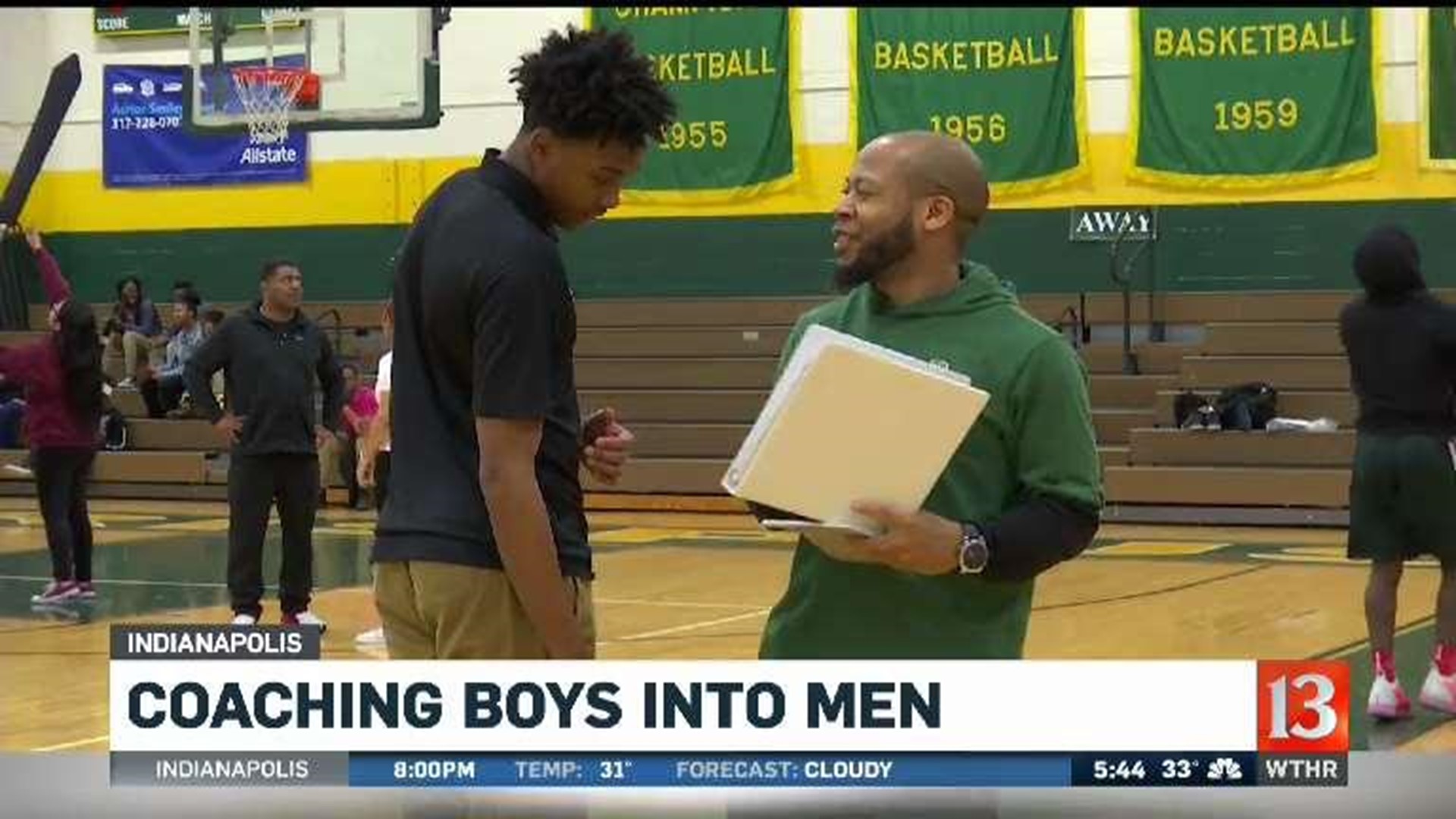 "A lot of people look at coaches as seeing how many rings or wins a coach has," said Crispus Attucks senior Jaden Tyson. "What's their record? But I feel like it's more than that. It's helping a young man become a better person and making them a man to what they're going to be later on in life — because you never know what someone is going through when they get back home."

That potential powerful influence is the reason behind a first-year program for all Indianapolis Public School boys sports coaches called Coaching Boys Into Men. The Domestic Violence Network trains coaches to talk to their players about topics like personal responsibility, respectful behavior, relationship abuse, insulting language and consent.

There is a companion program for girls’ sports coaches as well.

"As teenagers, they're starting to date or are already dating and if they haven't learned those healthy, safe relationship skills, then perhaps they could be perpetrating it themselves or maybe they're a victim of it," said Lindsay Stawick, Domestic Violence Network Director of Programs. "It's happened to family members before," said Tyson. "Just social media, it hurts me to see it going on in today's age and it's happening a lot."

The program acknowledges the role that coaches play as mentors to their student athletes and the impact they have that goes far beyond the court.

"You try to meet them where they're comfortable at," said Hawkins. "Because I think when they're comfortable, that's when they're easy to be laid back, respond and speak truthfully and honestly what they're going through and how they want to have those things change or what they need help on. At the end of the day, they'll be fathers. You want your kids to grow up and have manners and be polite and respect women."

Crispus Attucks' basketball season could end this weekend in the sectional, but Hawkins tries to pass on skills to last a lifetime.

February is National Teen Dating Violence Awareness Month. A report on Indiana teens shows most have experienced some kind of dating violence. There are several warning signs to look out for: