A former Indianapolis homicide detector is showing a new cost-effective and very accurate lie detector to police across the country. 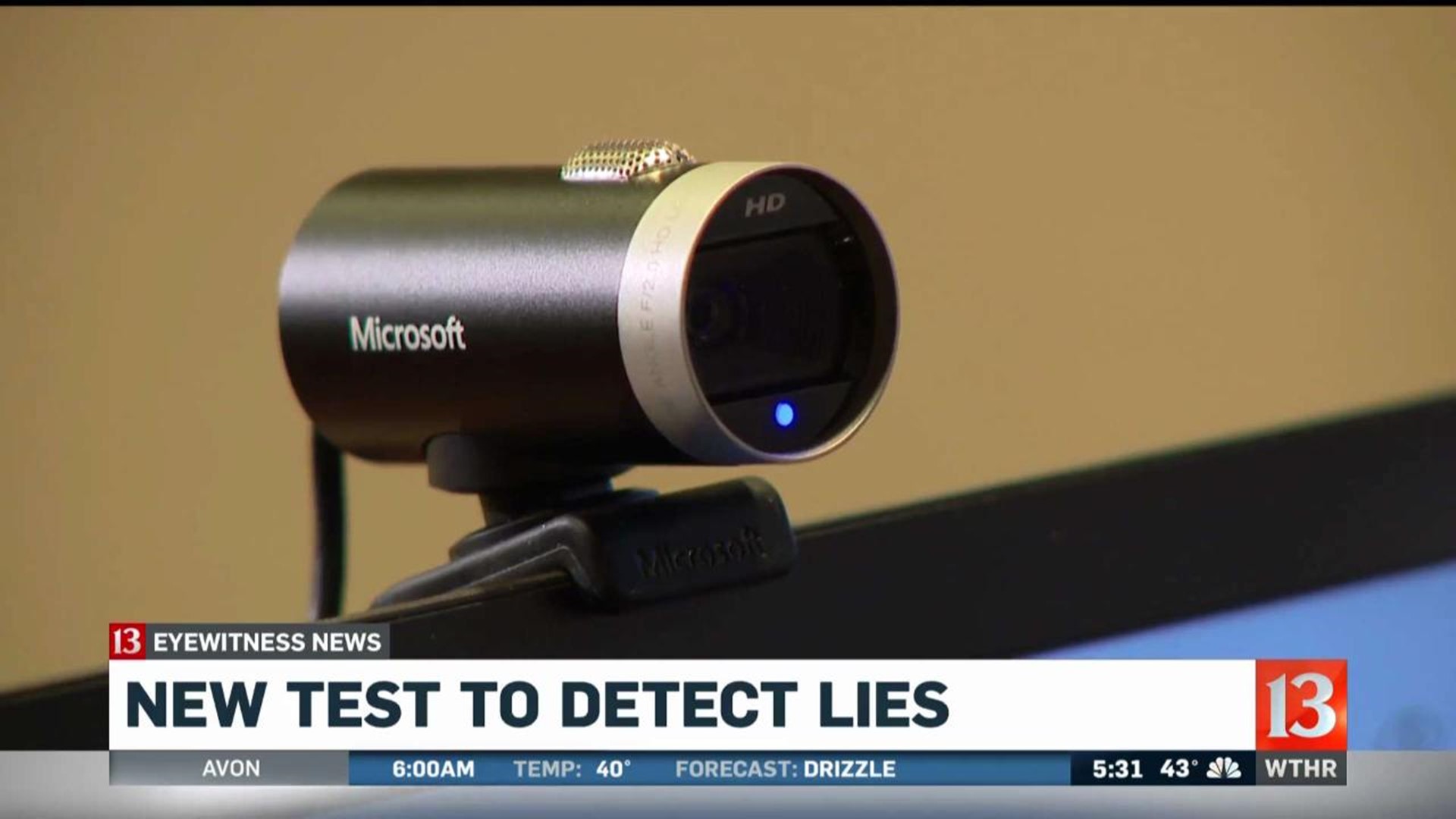 INDIANAPOLIS (WTHR) - There's a new high-tech lie detector test that has been put it to the test by Eyewitness News.

It's called EyeDetect and it’s nothing like the polygraph many of us have seen over the years.

Eyewitness News Crime Beat Reporter Steve Jefferson challenged two staffers here at Channel 13 to try to beat EyeDetect at the truth. Compared to a polygraph exam, EyeDetect is fast, cost-effective and very accurate when it comes to finding out if you're telling the truth.

WTHR promotions writer and producer Chauncey Baker agreed to see if he could beat EyeDetect. Lie detector examiner John Larkins instructed Chauncey to not be truthful about a number he chose between two and eight. Chauncey did not disclose the number he chose on purpose until after Larkin’s revealed the test results.

"I wrote down five. But it also said I was contemplating 4 and 7 and I thought that is crazy, because that was my exact thought process," Baker said. "I am terrible at telling a lie anyway."

EyeDetect analyzes eye behavior using an infrared camera during a series of questions. The device is portable and looks like a regular carry-on piece of luggage.

Larkins, a retired Indianapolis homicide detective, believes EyeDetect can help solve some of the city's violent crimes. He spent more than 20 years as part of the Homicide Division at the Indianapolis Police Department before it merged with the Marion County Sheriff’s Department. Larkins' law enforcement career coincides with some of IPD’s top homicide investigators like Michael Crook, Roy West and William Reardon to name a few.

He strongly believes the new technology could help investigators across the country trying to solve cases especially those involving violent crimes like murder.

"There are so many families out here right now that want closure to so many homicides and so much crime," said Larkins.

Although lie detection results are not admissible in court, Larkins calls EyeDetect's accuracy amazing compared to polygraphs. Polygraph results can include a final reading of inconclusive, but EyeDetect results do not require any human interpretation based on how it scores the examinee.

"It is extremely accurate. It is 90% accurate," Larkins said.

Larkins also tested WTHR.com digital desk editor Camille Hayes, known as the most honest person in the newsroom. Camille was also asked to choose a number and keep it secret from Larkins.

She described the EyeDetect like some of the computer tests with true and false questions she took in college. Camille concentrated on the questions and when it came to not being truthful about the number between two and eight, she tried to convince the device she was telling the truth.

"I felt like I was more in control than a regular person who would be telling a lie, but it still caught me," she said.

When it comes to finding the truth, Larkins told Eyewitness News in addition to police, there are others who have contacted him about EyeDetect.

"I have had girlfriends bringing in boyfriends, I've had wives and husbands tested for infidelity," said Larkins, "and that is one of the busiest times for us, too."

Larkins believes EyeDetect is the way to go for people who say they’ve been falsely accused and want to prove their innocence. The device can help exonerate the innocent based on its high accuracy level.

Larkins keeps up with the crime trends in Indiana, although he and his family resides in Georgia right now. He calls the crime trend in Indianapolis heartbreaking, saying it has left him wanting to help. So after investigating homicides for more than 20 years in Indianapolis, When John Larkins moves back to the Circle City he's considering offering EyeDetect for free to victims' families to help with closure.

In the meantime, he hopes law enforcement agencies around the country take advantage of the new technology to help investigate and solve crimes.