Nearly 500 fossils — weighing in at more than 15 tons — were discovered this summer on the Children's Museum of Indianapolis' Mission Jurassic. 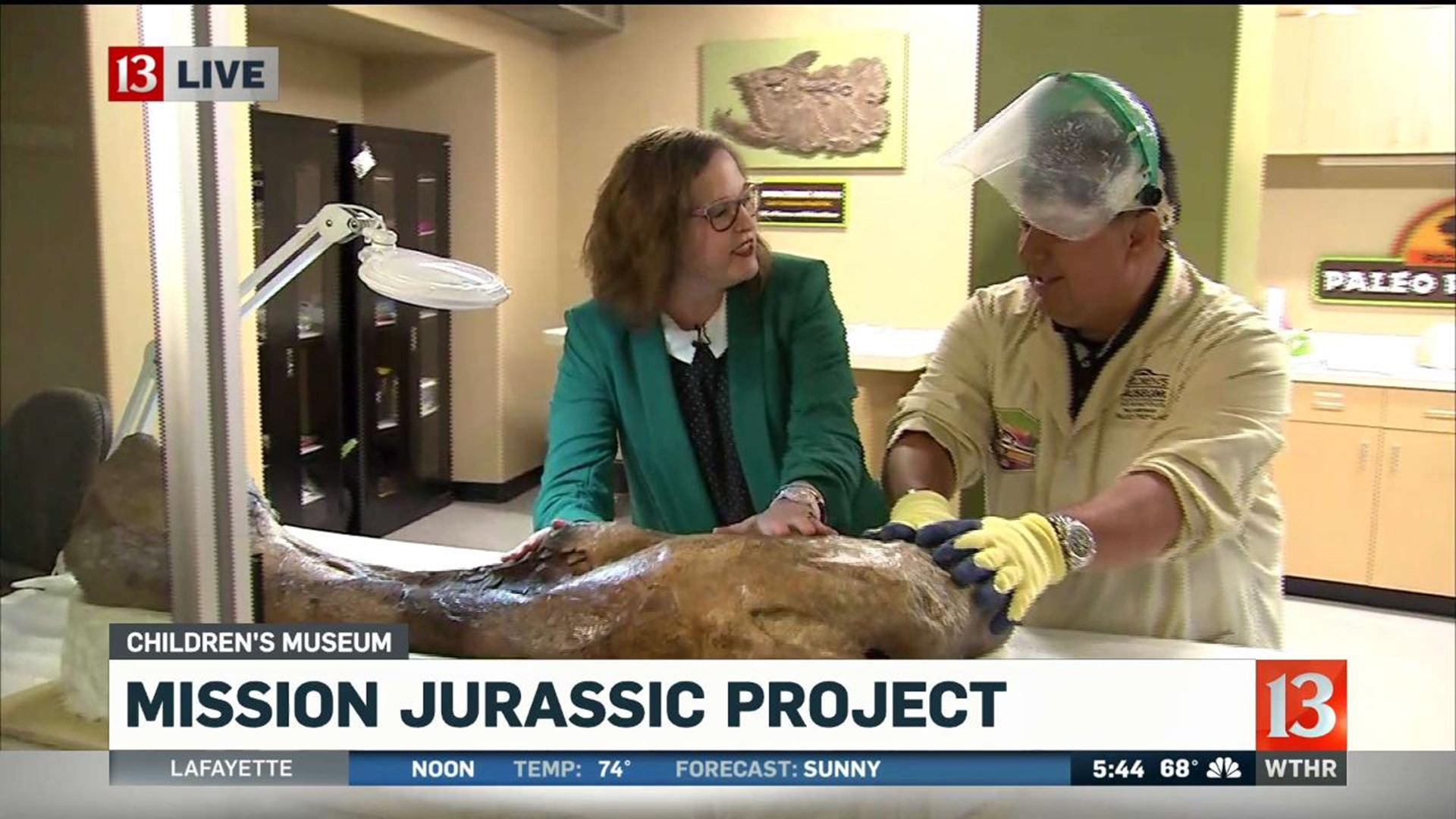 INDIANAPOLIS (WTHR) — Get a close look alongside the experts at newly discovered dinosaur fossils.

More than 100 scientists discovered nearly 500 fossils — weighing more than 15 tons — this summer on the Children's Museum of Indianapolis' Mission Jurassic. It's a project that brought together researchers from three countries to a fossil-rich dinosaur dig site in Wyoming.

Visitors can touch the specimens, ask questions about the dinosaurs, and watch as scientists clean and prep the fossils in the new Jurassic Paleo Prep Lab within Dinosphere.

Click here to learn more about the Children's Museum of Indianapolis.