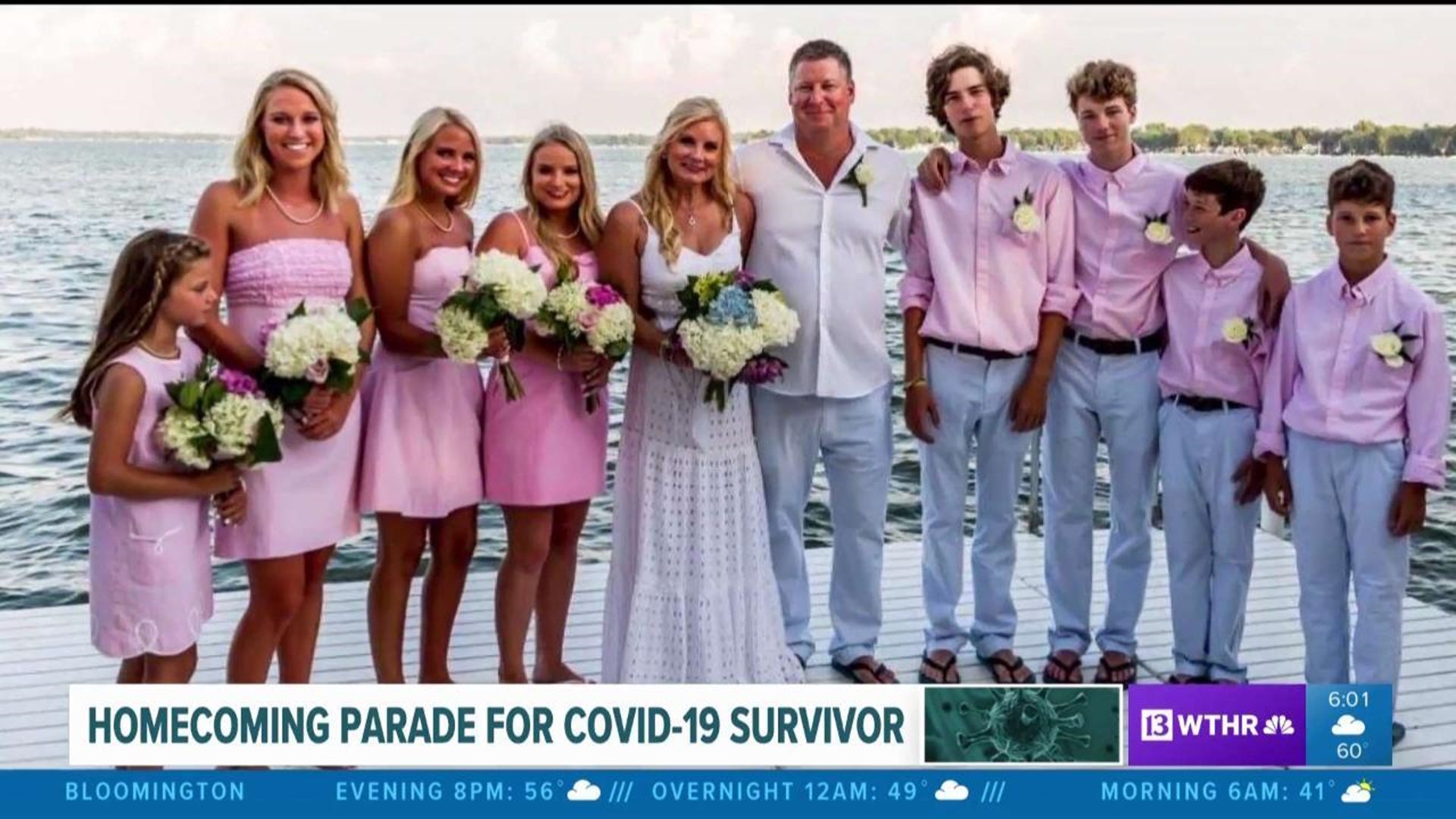 INDIANAPOLIS (WTHR) - March 16 is a day the Lee family will never forget. Paul and his wife Julie started to feel sick and run down. Julie had trouble tasting, but she got better in a few days. Paul, however, just kept getting worse.

“It moved to where he couldn't walk and he couldn't talk and I said to him influenza B doesn't cause you to not be able to walk or talk,” Julie explained.

After several doctor consultations she took him to the hospital on March 24. Hours later he would be put on a ventilator with an intense fight to save his life.

Julie and their blended family of eight children couldn’t see him; in fact they had to stay home and quarantine.

“Nobody could leave to get groceries or dinner, so everyone chipped in and made sure that somebody took them a meal every night,” neighbor Ami Rice explained.

While neighbors and friends pitched in to make dinner or pay for food delivery services, the Lee family tried to cope by putting up pictures of Paul.

“All around the house, on my bed, on my phone, on my iPad, just because I missed him so much and I just wanted to see his face,” an emotional Julie explained.

She was only able to FaceTime Paul a few times while he was in the hospital.

After several close calls, Paul got to come home on Thursday, April 16. Neighbors were ready, including Karen Cumings, who helped organize a homecoming parade.

"I said ‘we've got to do something for Paul. We need to give him a ticker tape parade or something that's going to make him feel better and welcome him back home because he deserves it after struggling with cancer originally and now the coronavirus,’” Karen said.

At just 48-years-old, Paul was diagnosed with prostate cancer in 2019 and finished radiation in November. Just a few months later the asthmatic was suddenly struggling with an unknown illness that would later be identified as COVID-19.

Knowing the rough few months the family had, Brendonwood neighbors surprised Paul with a homecoming parade.

"It was overwhelming in such a happy way. I know there are a lot of families that are getting to have these kinds of celebrations,” Rice said.

Neighbors made signs, brought cowbells and noisemakers and cheered as the couple drove down the main entrance.

“I almost wanted to go back and take another loop through because there were people there I had no idea were going to be there, and it was amazing,” Julie recalled.

While she knew about it, Julie said she didn’t realize how it would hit her emotionally.