A couple living next door to the property where law enforcement conducted a search related to the Lauren Spierer investigation say they've had encounters with a sex offender who lives at the home. 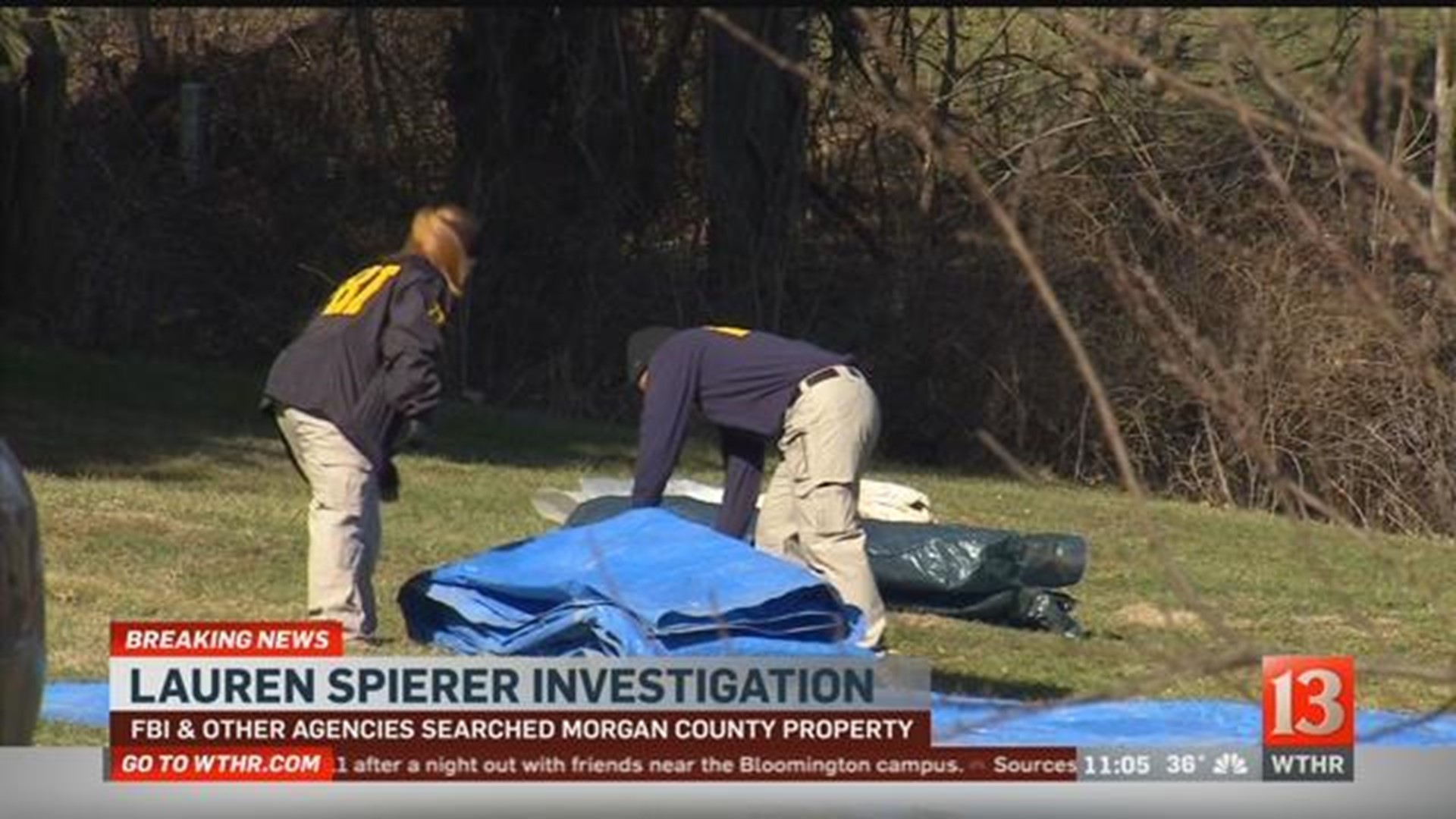 It was quiet at a home on Morgantown Road in Martinsville Thursday night - a very different scene, then the one all day, after the FBI raided it this morning, going through the property top to bottom.

Their work, all connected, say law enforcement sources, to the disappearance of IU student Lauren Spierer.

Dozens of FBI investigators spent the entire day at the home which property records show belongs to Lisa and Danny Walker.

Investigators searched the Walker's home and barn next to it, bringing in cadaver dogs, sifting through dirt and taking pictures inside the home.

The FBI also hauled away a white pick-up truck which sources tell Eyewitness News will be tested for DNA.

Thirty-five-year old Justin Wagers, Lisa Walker's son, also lived at the home until his arrest last August for allegedly exposing himself to a girl in Johnson County. Wagers is still in the Johnson County Jail, according to Johnson County Sheriff Doug Cox, who says Johnson County has no connection to the current investigation.

Wagers has been on Indiana's Sex Offender Registry since 2007 after a 2005 conviction for vicarious sexual gratification.

Relatives leaving the property during today's search were visibly upset.

"I'm out of it. I'm just here," said Charles Fields, who identified himself as Wager's step-grandfather.

Eyewitness News asked Fields if he was upset by the search.

He replied, "it would be upsetting for anybody," before driving off.

Neighbors Jack and Glenda Macer say they discovered Wagers' history after the couple says they caught Wagers peeping in their bedroom window four years ago.

"I got a security lamp out here," said Jack Macer, pointing to a light outside, right near his bedroom window.

"I said, 'Hey!' just loud and when I did that, he turned around and I looked who it was and I got a good picture, I got a good face of him, so then went back in my house and got the gun 'cause I didn't know if he was going at the back or into the front.  It was kind of a scary scene," said Macer.

Macer and his wife say they confronted Wager's mother, who brought her son to their house.

"He told you , 'I'm a registered sex offender, but it wasn't me. But it wasn't me'," recalled Glenda Macer of the conversation Wagers had with her husband.

"I said, 'Well I'll tell you this, if it wasn't you, it was your twin brother. I'll put it like that.'  I said, 'I had good lighting on you. I seen ya.'  I told him, 'All of us out here got guns and you do something like that again, you might get shot,'" explained Jack Macer.

The couple says they never pursued the incident because they felt sorry for Wagers mom and stepdad.

When the FBI showed up Thursday, right next door, with cadaver dogs, the Macers didn't know what to think.

Law enforcement sources tell Eyewitness News investigators, at this point, have not found any human remains or a body.