The intersection where 16-year-old Josie Cranfill died in a crash Wednesday afternoon is where 11 crashes have happened so far this year. 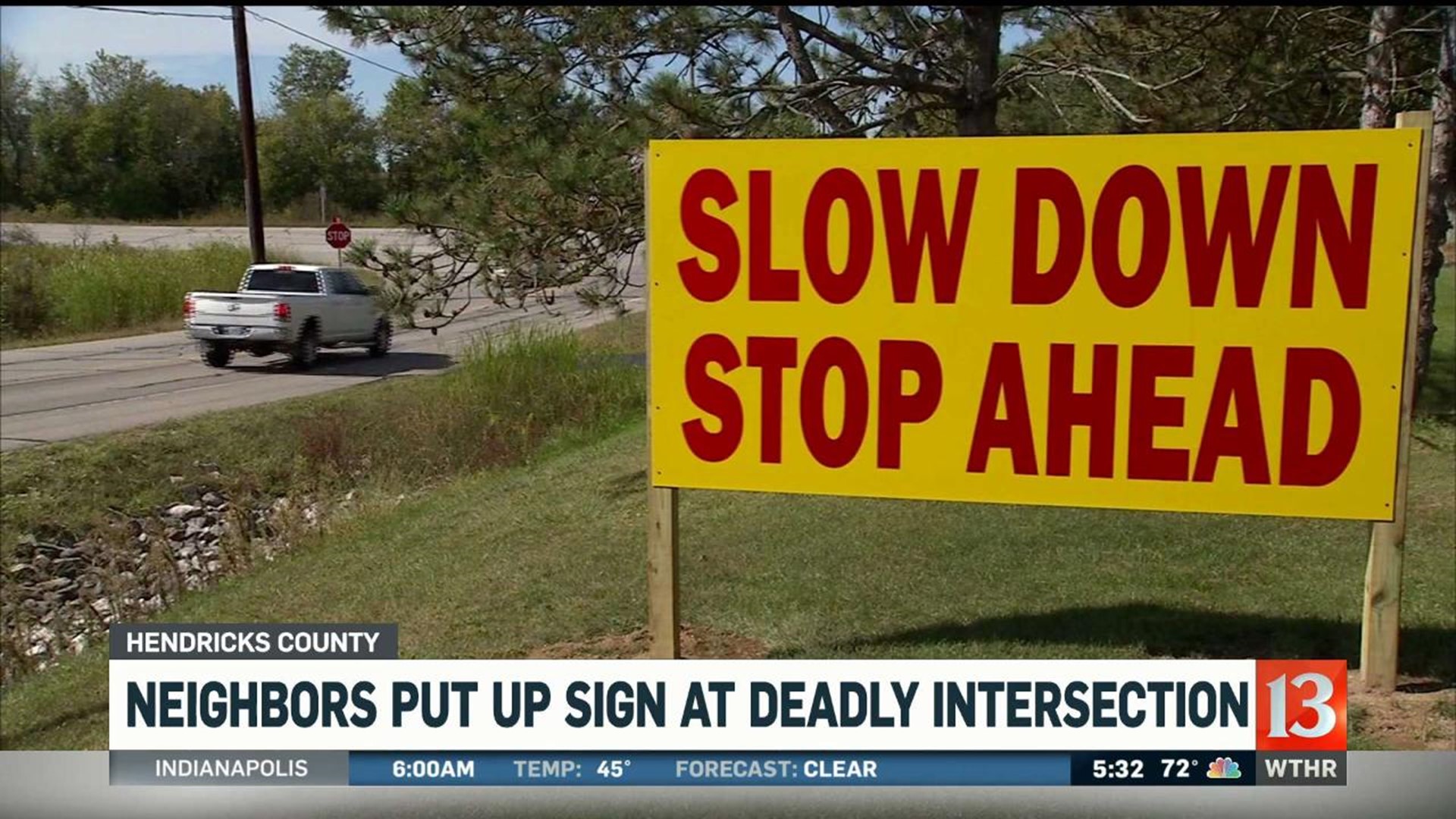 BROWNSBURG, Ind. (WTHR) – The large sign is impossible to miss. Red letters over a yellow background that read "SLOW DOWN, STOP AHEAD."

The sign went up Friday at the northeast corner of State Road 267 and County Road 1000 North in Hendricks County.

Fred and Sandy Arkanoff are behind the new sign. They have lived on SR 267 for years and said they have contacted INDOT numerous times pleading for a stop light. They even pay $20 a month for a second street light to better illuminate the intersection at night.

"It's accidents upon accidents over the years," Fred said.

After Josie's death, her family asked friends and community members to do the same and contact INDOT. According to a spokesperson, as of Monday INDOT had received more than 1,000 requests for a traffic signal.

Last week, the spokesperson told us plans for a traffic light at SR 267 and CR 1000 North had recently been approved.

This comes after a traffic study done in September confirmed the intersection met the criteria, but the spokesperson also said the process will take 12 to 18 months to get a light in place.

"If you have 100 to 300 trucks a day coming up and down here on 267, something needs to be done especially when you can have that many accidents and near misses," Fred said.

The couple has paid for several more warning signs and will put them up as soon as they're finished.

They said the community can't afford to wait and nor can they. They don't want to see anyone else seriously hurt or killed.