Residents on the near north side of Indianapolis have a lot of questions about a sex offender who lists his residnce as "under a bridge" near their homes. 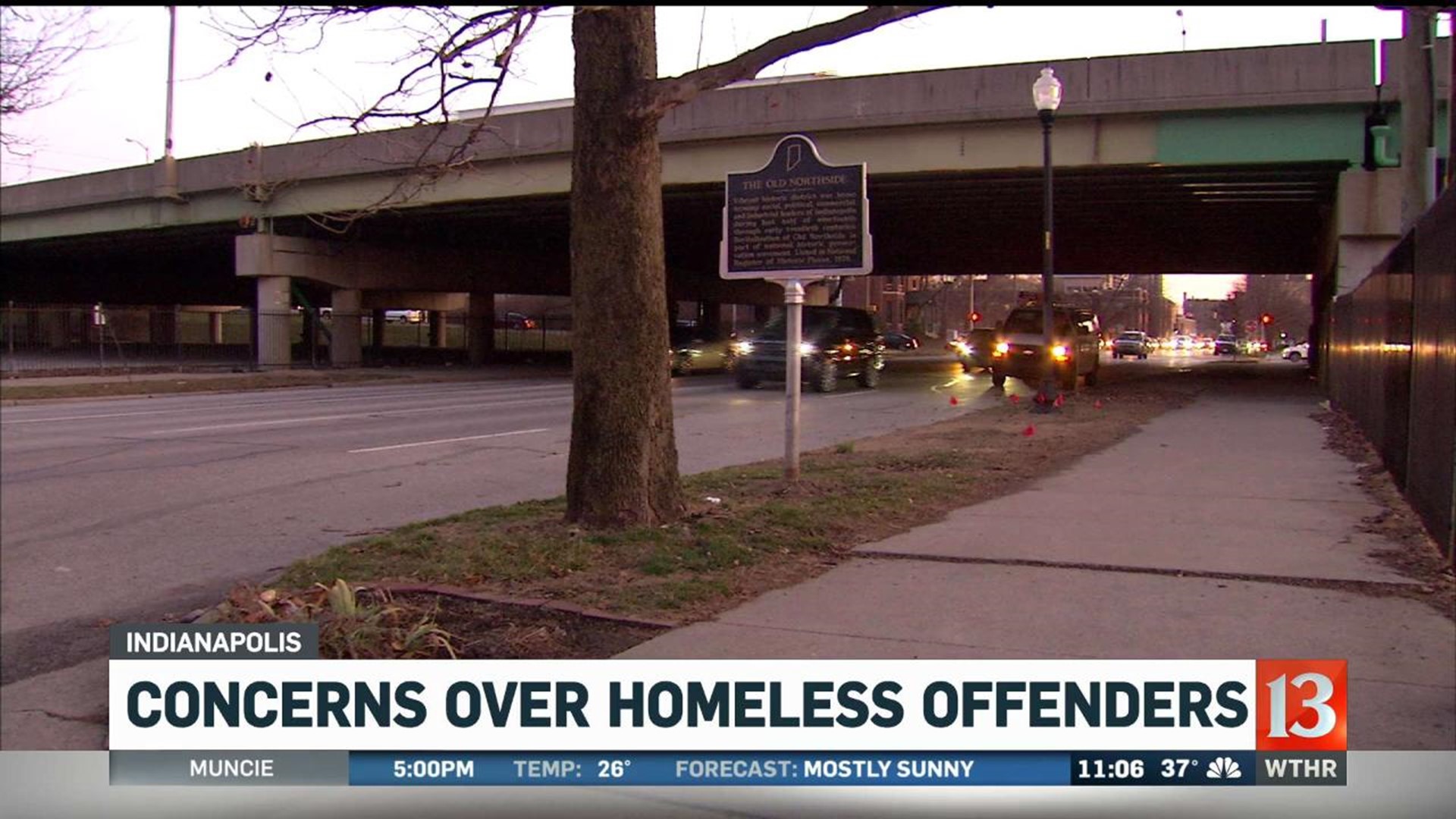 INDIANAPOLIS (WTHR) - Residents on the near north side of Indianapolis have a lot of questions about a sex offender who lists his residnce as "under a bridge" near their homes.

"I just want to know who's in the area," said Gary Staver, explaining that's why he monitors the sex offender registry in Marion County.

Any time a sex offender registers that they've moved close to Staver's neighborhood in Kennedy King, he gets an alert.

"It's been something I've always done, ever since it's been available," Staver explained, adding he was surprised at the alert he got Monday, informing him a registered sex offender had moved less than a mile away.

The address listed for the offender was 1300 North Delaware Street, under bridge.

Staver went on the Next Door app and wrote a post asking if anyone had ever heard of this.

"My first thought was, 'How are we keeping track of this guy under a bridge?'" Staver said.

When he contacted the Marion County Sheriff's Department to ask that same question, he got this reply:

"He's required to provide the location where he resides. Being homeless doesn't absolve him of that requirement. While I understand your concern, for our purposes, he is in compliance."

"As long as it's a location that we're able to verify them at, it's considered an acceptable location under Indiana law," explained Marion County Sheriff's Department Lt. Andrew Dalstrom.

The Marion County Sheriff's Department has an entire unit that does just that, check that sex offenders are living where they say they are and that includes some offenders who are homeless.

"We find ourselves under bridges and tent cities, homeless camps and all across the city," said Dalstrom. "We want to know where these offenders are so the information is correct."

A day later, Staver said he got another notice, this one informed him the same offender in question was moving out of state.

The fact that just yesterday, though, the man's address listed in the registry was under a bridge nearby and that it's legal to do that has been a lesson and an eye opener for this dad and grandfather.

"It does mean I'll be more vigilant," said Staver.