A Nazi flag displayed outside an Indianapolis house has sparked outrage far beyond the neighborhood where it hung over the weekend. 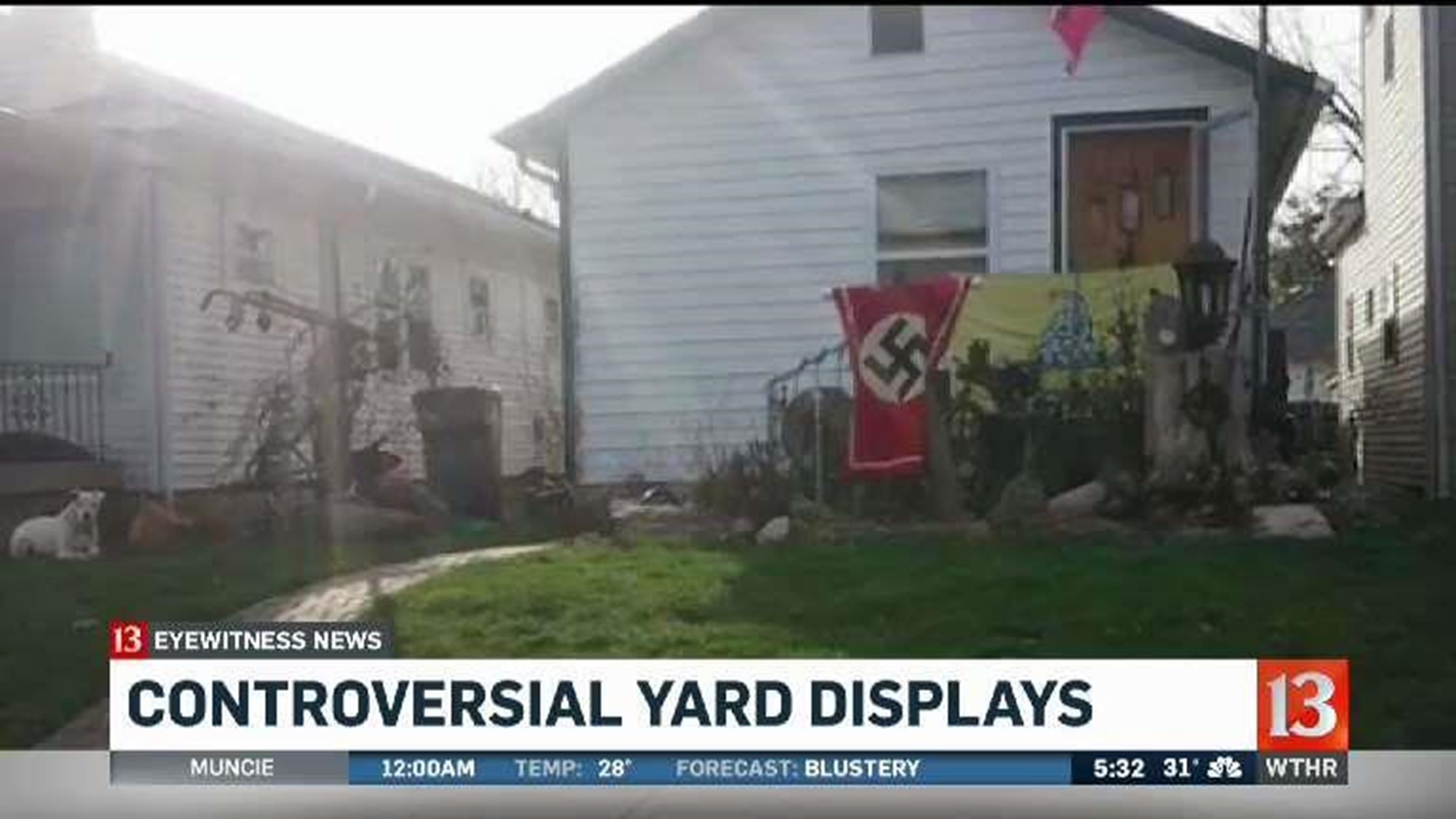 INDIANAPOLIS (WTHR) - A Nazi flag displayed outside an Indianapolis house has sparked outrage far beyond the neighborhood where it hung over the weekend.

A controversial display in an Indianapolis neighborhood sparked outrage over the weekend in Irvington.

And now, that outrage is spreading nationwide on social media.

People are upset with a homeowner who hung a Nazi flag outside his house on Emerson Avenue.

The small house near Irvington often stands out to neighbor Jim Otey.

But over the weekend, Otey saw something else that stunned him.

"As we came past, my husband said 'Is that a Nazi flag?' And sure as heck it was a Nazi flag. Quite frankly, I was flabbergasted. I could not believe I was seeing what I was seeing."

He wasn't the only one shocked to see the flag there, which during WWII in Germany, represented a regime that systematically murdered millions of Jews.

"My son was like, 'Mom mom! There's a swastika on there," said neighbor Laura Cowan. "It's just irritating that people are so ignorant."

"They have the right by the constitution to do that. I served for them to have that right. But - it does bother me," added neighbor Frank Greene.

When Jim Otey posted a picture of the flag display on Facebook, he got an overwhelming response: people united in outrage.

"Last time I checked, I had 1000 shares, just from my post. Then there were people who shared other people's posts," Otey said. "It's a bridge too far. It's too much. cause the only thing that stands for in my mind is hate! That's a symbol of hate."

The homeowner who put up the flag says he's a collector and calls the Nazi flag a war trophy.

"Everybody wants to cry about everything's racist. It's getting old," he said. "Symbols aren't racist. People are. I got military badges, too. They're worth big money."

He claims he put it up to get people's attention because Civil War statues are being taken down.

"It's a matter of proving a point. It's the only way I could get anybody's attention," he said. "About why are you taking down 150 year old statues?"

"Where do we have statues of Hitler? He said it's about telling people to stop talking about race. But that's all that flag is about! That's a symbol of hate," Otey said. "My grandfather fought in the war to defeat the Nazis. This is not ok."

The swastika has now created the opposite effect in the neighborhood near Irvington.

Some people used chalk to write a message on the street across from the house.

It reads "Indy Loves, All Are Welcome".

Others are sharing a message of unity on social media.

Otey also says a church in the area plans to distribute yard signs to neighbors that say "Indy welcomes all".

"It really gives me a whole lot of hope that so many people have sent positive messages. I shined a light on that hatred and what a light," Otey said. "I’m amazed."