Last year’s NNO gatherings here were put on hold because of the pandemic. 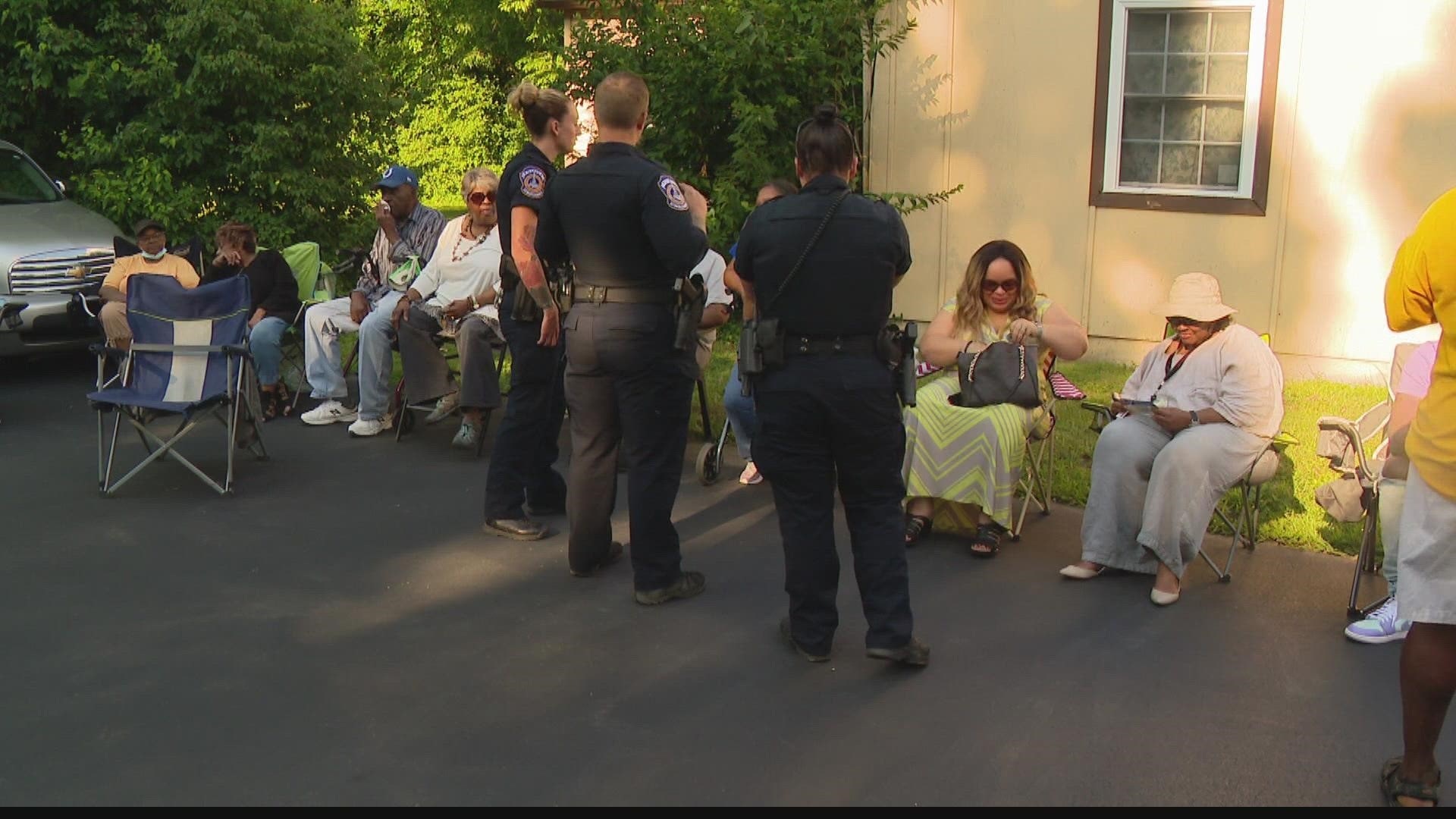 INDIANAPOLIS — Police departments and neighborhoods in central Indiana and across the country are hosting National Night Out events.

The goal is to build trust and relationships between police and the citizens they serve.

“This is the opportunity for neighbors to meet the officers and know who they are. It’s a big, big deal,” said James Campbell, who lives in the Sheridan Heights neighborhood on the city’s northeast side.

Campbell is also the president of Sheridan Heights Association for Neighborhood Enhancement (SHANE).

Tuesday’s gathering was also a chance for people who live in the neighborhood to voice concerns to the officers who work in the area.

“People speeding, who do I talk to, you know?” asked resident Doris Ray.

That’s one of the top concerns in this neighborhood.

Last year’s National Night Out gatherings in Indy were put on hold because of the pandemic.

RELATED: IMPD honors neighborhood crimefighters ahead of National Night Out

This year, they come after a violent weekend in the city, with seven homicides over three days. Six of them were deadly shootings. According to police, two of the cases have been solved.

“We have not felt the impact as bad as other neighborhoods have. We’ve had drug houses here in the past, and we’ve dealt with them,” Campbell said.

“It’s like why, why is this happening?“ said Ray.

That’s a question the mayor’s criminal justice reform strategy hopes to answer to address the long-term root causes of crime.

Neighbors like Campbell see part of the solution in the relationships being formed Tuesday night.

“The biggest challenge we have is just hoping to get the neighbors involved. A lot of people don’t get involved until something happens. Then, the question is, ‘Well why isn’t somebody doing something?’” said Campbell.