The heroin epidemic is turning even deadlier in Indiana, and now the one thing that could save them from an overdose might not work. 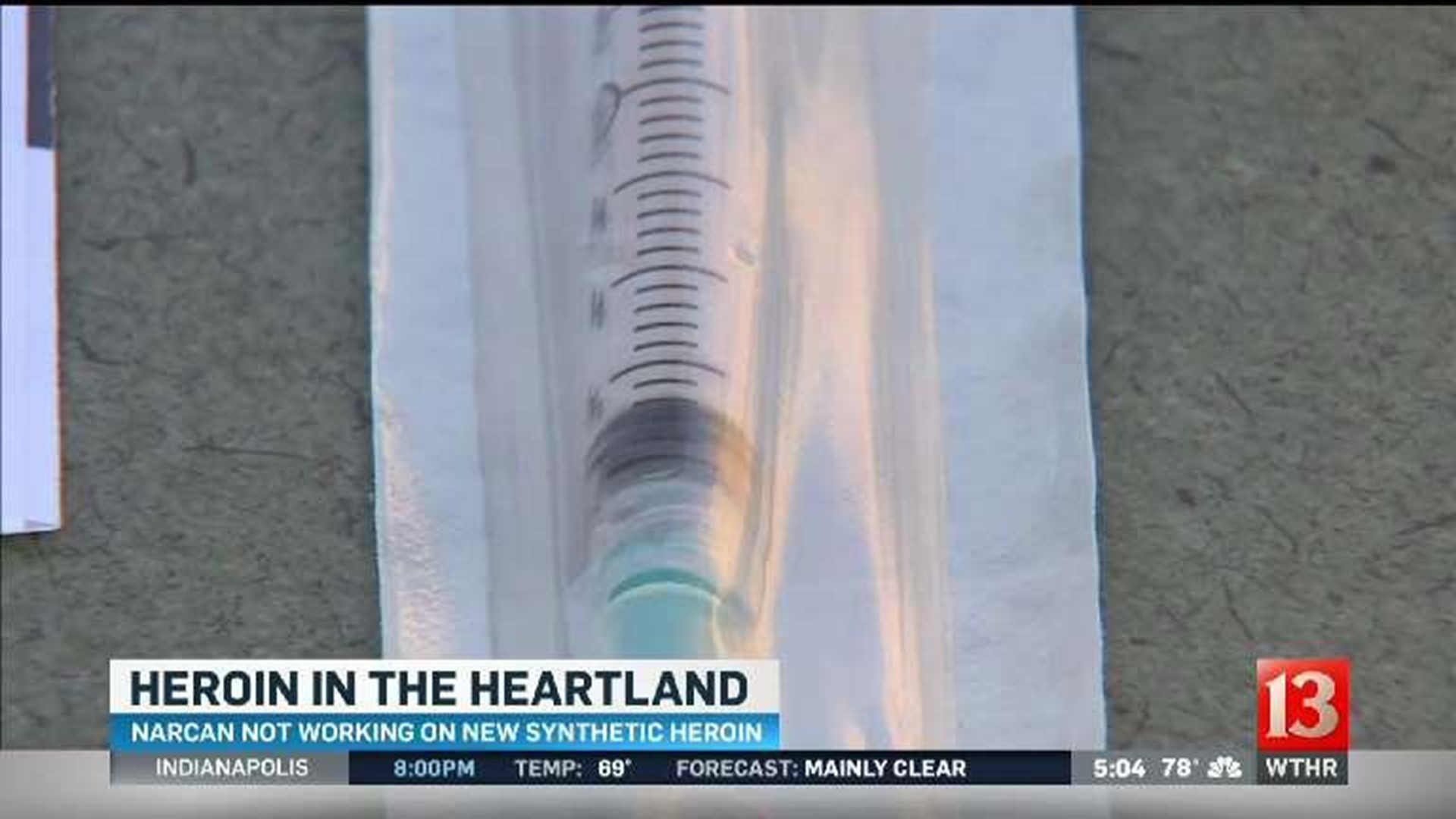 INDIANAPOLIS (WTHR) - The heroin problem that's gripped so many Hoosiers just got a lot more dangerous.

Dealers are now cutting heroin with a substance normally used to sedate elephants, and police say they often can't save someone who overdoses on the drug.

Tyler Lazzell's brother Andrew would have been 23 this month. But heroin took the young athlete and young father at 19.

"We'd just never figured it would be Andrew if anybody," Tyler said. "It's been three years and it's still hard."

Andrew was one of four deaths in four weeks in Columbus back in 2013. At the time, that had the state in shock.

But now, a new threat is even more alarming: a synthetic heroin mix in Indiana that police say is much more dangerous.

Tyler has heard about it killing people in his community, too.

"It's gotten worse over the last three years, I mean dramatically worse. Just one shoot up from that stuff can, end your life," he said.

It's so deadly that Martinsville Police put out a warning on social media from the Morgan County coroner.

The coroner says dealers are mixing heroin with elephant tranquilizer and the one thing first responders normally have to help is not working.

Naloxone, often referred to by the brand name Narcan, is supposed to save people who are overdosing on heroin. But police say naloxone is no match for this new heroin.

"You're going to see what we've seen in other parts of the state where 10 to 14 people overdose in one night because they got a bad batch of heroin," said IMPD Chief Troy Riggs.

"With fentanyl and carfentanil, the potency of the drug is from 50 times to 10,000 times greater than heroin, so in order for Narcan to work, it would take a supply of 5-10 doses to even make an impact in a short duration of time," Worth said.

Officers say sometimes, half a dozen doses won't work. They're investigating several deaths linked to this new heroin and they fear many more.

That's why Tyler Lazzell is so concerned - someone familiar with the pain of loss from what's become an even more lethal drug.

"There's no reviving you after you take that new stuff," Tyler said. "I wish there would be more help for people because I don't want to see any more deaths over this stuff."

The carfentanil that's being cut into heroin now could hurt police as well as addicts they're trying to save.

First responders are being told to wear masks and gloves when dealing with an overdose, to protect themselves.