With the help of investors, Discovering Broadway bought the rights to "Mandela," which started in 2015 and will bring the production to stage first in Indianapolis. 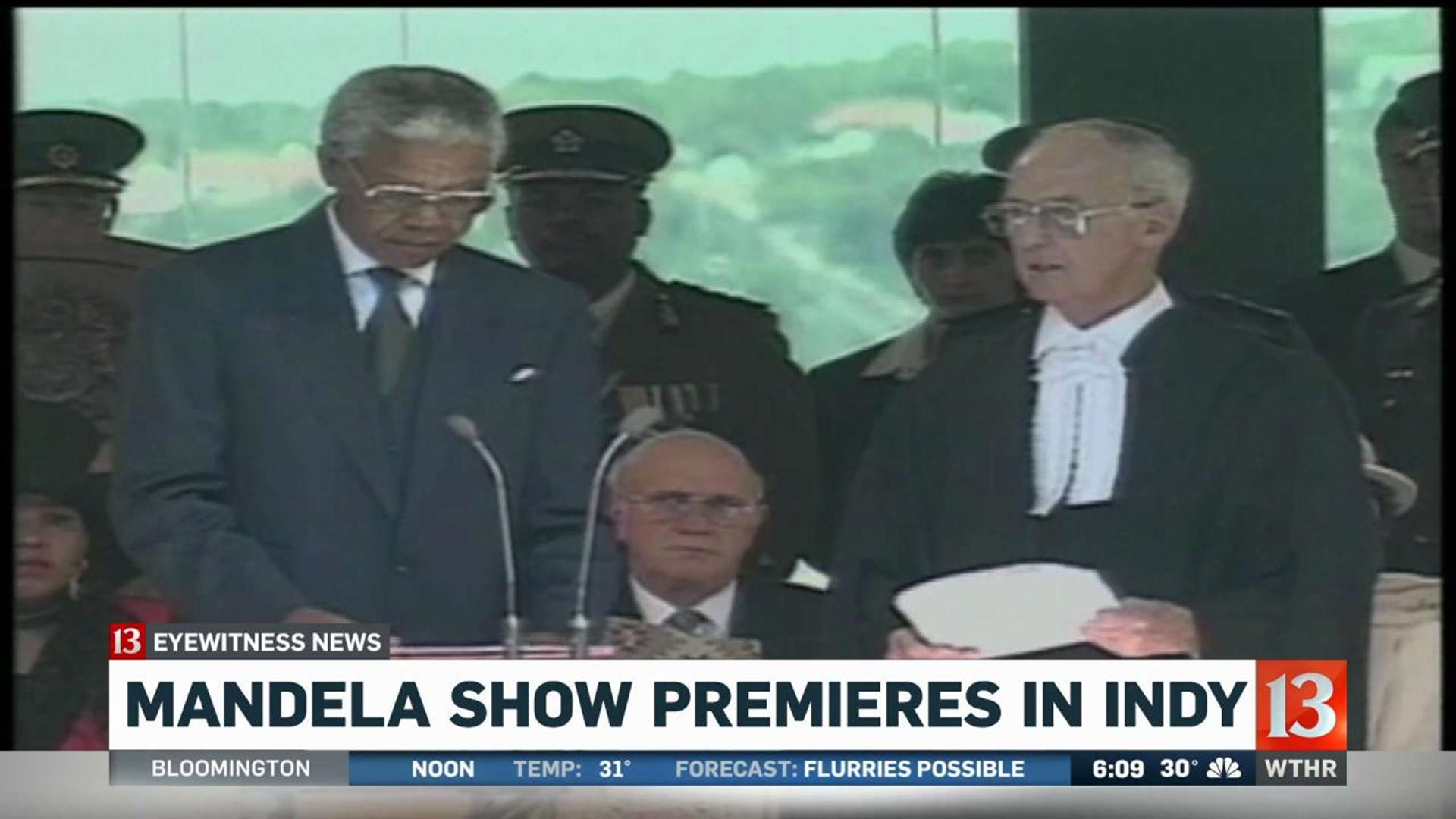 INDIANAPOLIS (WTHR) — Imagine seeing a Broadway show without traveling hundreds of miles to New York, but instead in Indianapolis.

Earlier this fall, Eyewitness News brought you the story of a local group trying to do just that.

Now, Discovering Broadway is getting ready for their first production.

Carmel, Indiana native and Ball State University graduate Joel Kirk has been a part of several Broadway productions and wants to bring a slice of the action back home to Indiana.

His group is announcing their first show, and it packs quite a punch by honoring an iconic civil rights leader known all over the world.

Imagine going to prison in 1992 and just getting out today: that 27-year stretch is what Nelson Mandela had to endure.

Born into the elite of a segregated nation, Mandela made the choice to fight the minority white rule called apartheid.

When it fell apart, he was finally freed and eventually elected president of South Africa.

With the help of investors, Discovering Broadway bought the rights to "Mandela," which started in 2015 and will bring the production to stage first in Indianapolis.

“This musical follows a pivotal moment in Nelson Mandela's life where he is given a critical choice to take the freedom offered to him, but the cost is that he denounces the revolution against the apartheid, so that's how the musical opens!" said Kirk. "It's high stakes and it doesn't really die down from there."

Mandela passed away in 2013, but while there have been a handful of attempts to bring his story to the stage or screen, this is the only production to have the support of his family.

“It is very rare that an estate not only accepts someone to hold the rights or to option a script, but that they also come along side as a partner and as a producer," said Kirk. "There was a mini presentation of excerpts of the show in March of this year, and members of Nelson Mandela's family were there, and they were able to speak about the show afterwards, and they're in the back giving notes."

The Mandela family will be in Indianapolis for the February debut during Black History Month.

When “Mandela” debuts on stage, it will be like going to a raw, VIP New York showing.

“It is as fresh as it can be. Nobody else has seen it, and you are invited into that process. A song could have been written 30 minutes before you take your seat," said Kirk. "That really exciting room where it happens — as they say in "Hamilton" — I want to bring that exciting room to people because most people will never get to be in that room."

The Indianapolis debut — called an “exclusive first look” — will likely be followed by a tour in other cities as producers and investors try to gage appeal and make any tweaks before hopefully going big.

Kirk admits it’s often a long road to the top.

“There are three prominent organizations that oversee the 46 Broadway houses and believe it or not, there are a lot more shows than there are Broadway houses, so the line is already really, really long, and a lot of it has to do with the market, the year, or how many shows are similar to that which are already running on Broadway,” he said.

Half of the cast will be made up of Broadway stars, and the rest, along with the crew, will be filled in Indianapolis for the initial showing and could grow into a long-term role. Find out more about applying by clicking here.

As for a timeline of getting the show to New York, Kirk offers the perspective of the hit “Hamilton,” which took 13 years from the play’s writing to get to Broadway due to a number of unique circumstances.

In comparison, “Mandela” was written in 2015, and its momentum is building in Indiana thousands of miles away from South Africa.