It happened Tuesday during a second period music class, according to the student's mother. 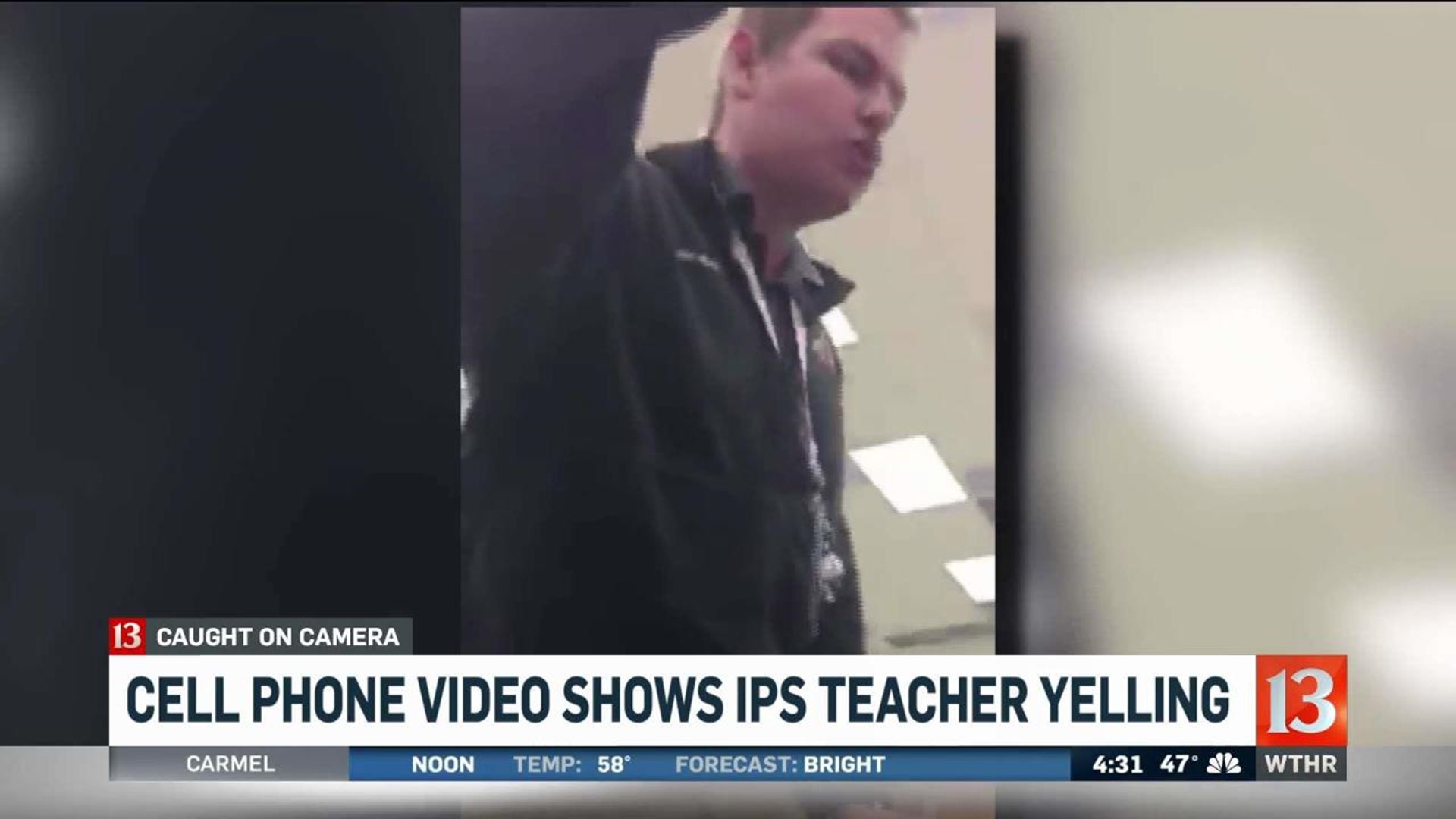 INDIANAPOLIS (WTHR) - An Arsenal Technical High School student recorded a teacher losing his temper, yelling and at one point cursing at students.

It happened Tuesday during a second period music class, according to the student's mother.

She says her son, a freshman at the school, sent her the video which she then shared on social media and with Eyewitness News.

The video is brief but it's not hard to conclude that the man seen and heard yelling is angry.

At that moment laughter from some of the students interrupts the teacher's rant.

The teacher then addresses one student, saying, "Shut up, Trin!"

Off camera, a voice can be heard saying, "Call my mamma, call her."

The teacher replies, "What? And tell her that I cannot..."

The teacher is interrupted again by a someone saying, "Let me call her and tell her to come up here."

"I'm looking at the video and I had to watch it a couple of times," said mom Jerrilyn Bryant. "I'm like, 'Oh my god, who is he talking to?'"

Bryant said her Trinitee was in the classroom Tuesday and recorded on his cell phone when the teacher started yelling at students. She believes her son is the student the teacher can be seen and heard telling to shut up.

"As a teacher, you're teaching these children that it's ok to lose control, it's ok to cuss someone out," said Bryant.

Bryant says her son explained the teacher's outburst came after several kids kept talking in class even after the teacher told those students to be quiet.

"As a teacher, in a classroom, that's inappropriate," Bryant said.

Bryant says she's not the kind of parent who thinks her child can do no wrong.

"He deserves to be disciplined. No ifs, ands or buts about it," Bryant added. But she says screaming and swearing is not the way to get their attention.

"Teachers, if you have a problem with somebody's child, talking with them like that is not it," Bryant said.

Bryant also has a message for parents.

Bryant said if students in the class were being unruly like the teacher's rant suggested, parents should have been called long before it got to this point.

"Make them parents come into the school," said Bryant.

"Don't just say, 'Oh, I'm gonna cuss out this kid because their parents don't give a care,'" she said.

Bryant says she believes the teacher should be suspended, but not fired.

"Indianapolis Public Schools is aware of a verbal altercation between a teacher and a student today on the campus of Arsenal Technical High School. School leaders are implementing the appropriate district protocols."