The mother of an 8-month-old girl broke down in tears talking about her baby she reported missing over the weekend. 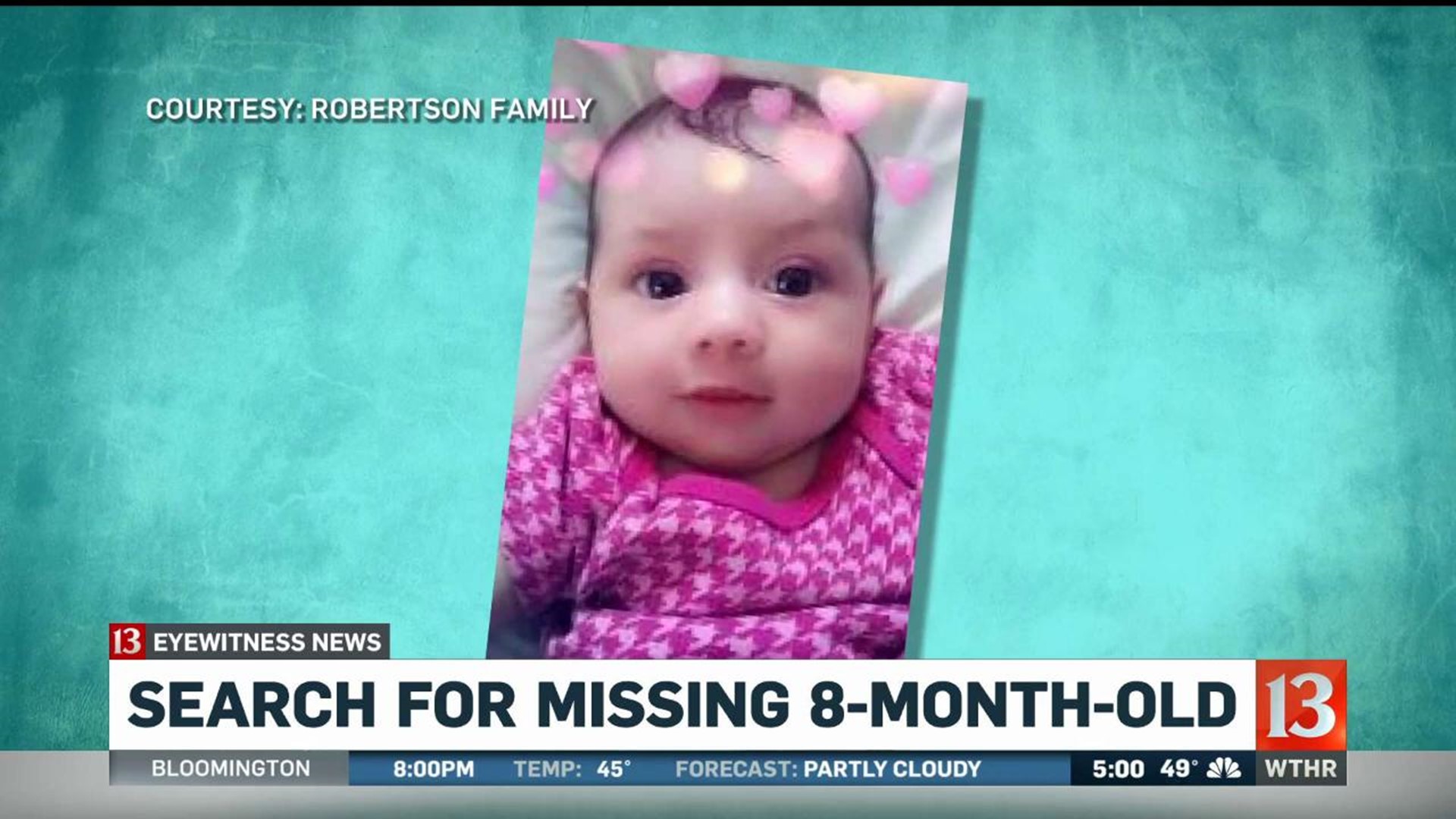 INDIANAPOLIS (WTHR) — The mother of an 8-month-old girl broke down in tears talking about her baby she reported missing over the weekend.

Metro police confirm their search for the girl sent them to a house in the 200 block of South Holmes Avenue.

The 19-year-old mother wiped away tears while talking about her 8-month-old daughter Amiah.

"I was playing with her and we were having our time playing and I was actually going to associate with her and she came up missing," said Amber.

Tuesday morning police obtained a search warrant for the South Holmes Avenue house where Amber told us her boyfriend was supposed to drop off Amiah.

Amber told Eyewitness News that her 20-year-old boyfriend, who metro police arrested on an unrelated matter, may know where Amiah is located, especially after what she says she told police about their last conversation.

"He kept telling me if you go with me by yourself I will take you to get the child. I felt like I would be harmed so I didn't go," said Robertson.

Eventually crime lab carried out possible evidence police hope will help them in their search for the baby girl.

"I just hope that everyone out that is helping me watch can continue to pray and keep to help me find my child," Robertson said.

Anyone with information about the baby’s disappearance can call Indianapolis Metropolitan Police, 911 or Crime Stoppers anonymously at 317-262-TIPS.