A disturbing trend of food tampering in stores has hit central Indiana with a video showing two teens spitting into soda bottles. 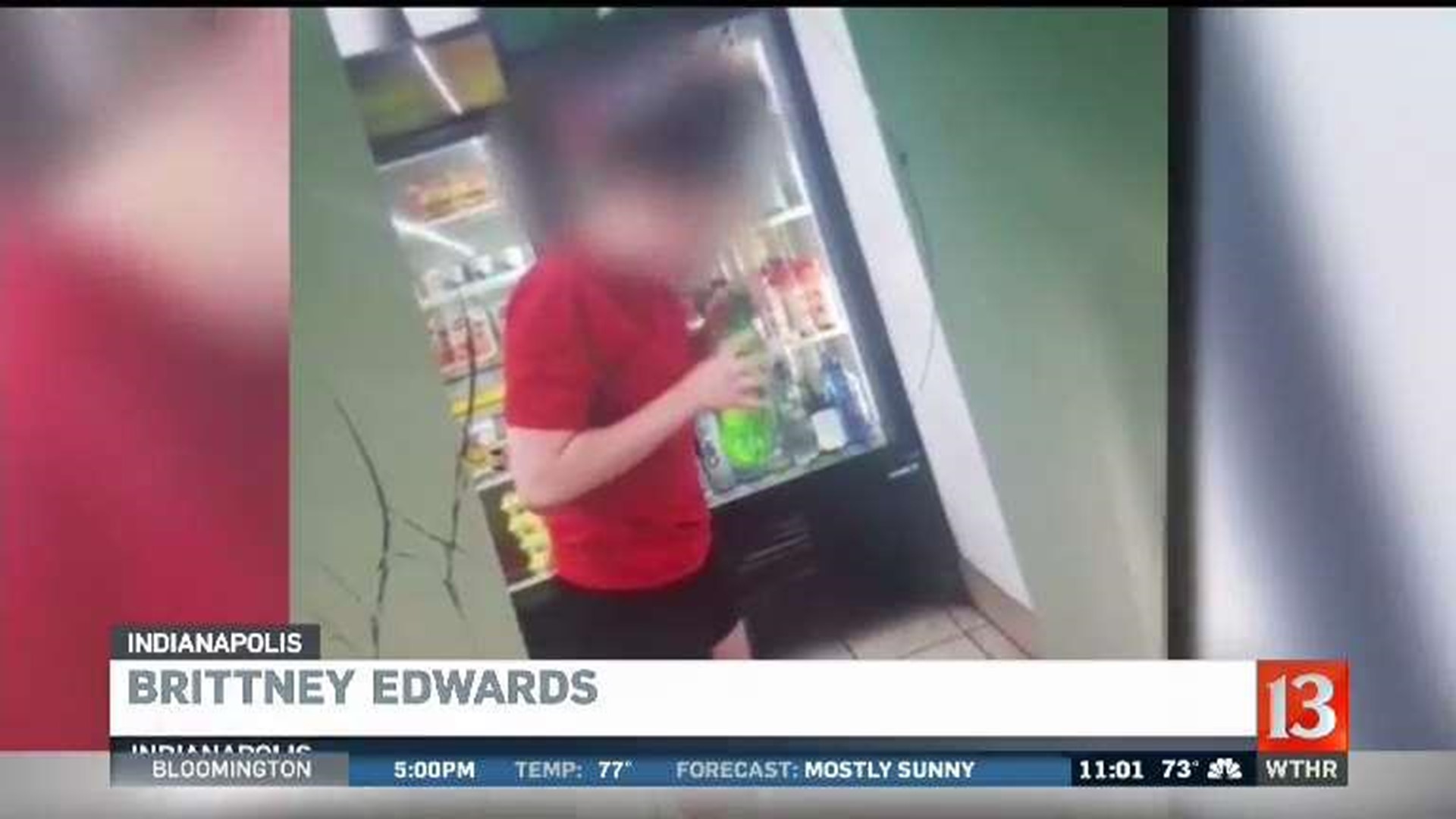 Brittney Edwards posted the video to her Facebook page after she said a girl her daughter follows on Instagram posted it. Edwards said her daughter goes to school with one of the girls in the video.

The video has been shared more than 50 times and viewed by more than 2,000. Dozens of people have commented on it. Some call it disturbing, even stomach-turning.

The video shows two teens taking soda bottles from a store cooler. They open the bottles, spit in them, replace the caps and put the bottles back on the cooler rack.

"I'm like 'Are they spitting in there?'" said Edwards.

She said she first saw the video Monday.

"When I first saw it, it just made me disgusted because I'm pregnant," Edwards said.

The post comes on the heels of the recent "ice cream challenge" that went viral. It all started with video showing a teen girl licking a carton of ice cream in a store, then putting it back on the shelf.

A series of copycat videos followed. At least one person has been arrested.

"I don't know what's in kids' minds these days, but that's not right at all," said Edwards, who added she hopes police track down the teens responsible.

"At the end of the day, somebody could sick, horribly sick. Hospitalized," said Edwards. "It don't matter. That's worse than e-coli to me."

Edwards hopes someone can figure out where the teens made the video, so the bottles they spit in can be removed from that store.

Until that happens, Edwards says she won't be buying soda anywhere.