Police have reported more coyote sightings across central Indiana and they're working their way farther into the city. 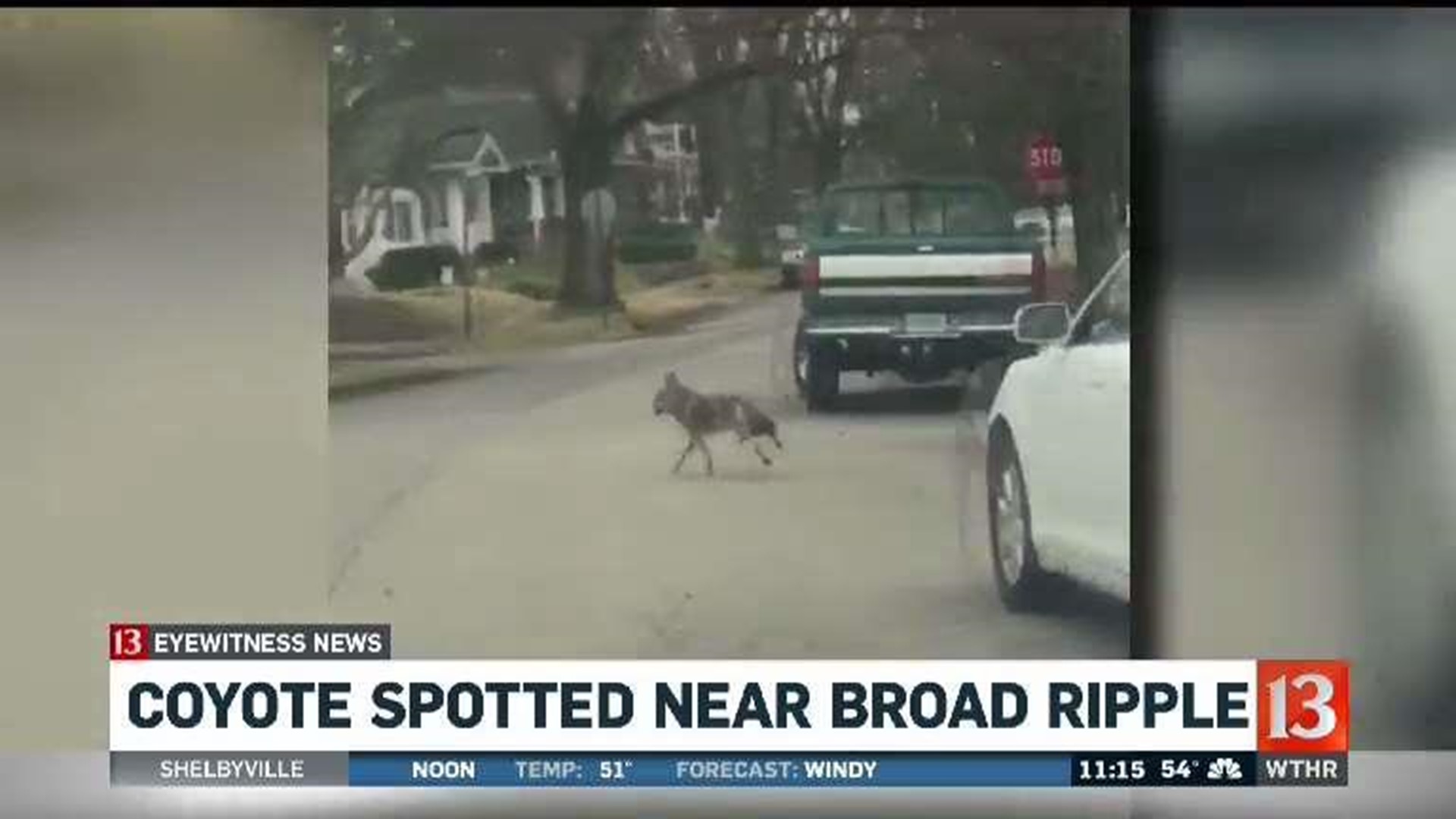 INDIANAPOLIS (WTHR) - Police have reported more coyote sightings across central Indiana and they're working their way farther into the city.

"I assume they're getting closer and closer," said Rick Patton of the coyotes.

Patton doesn't have to assume any more.

He saw one Monday afternoon along railroads tracks on Kessler Boulevard just east of Broad Ripple.

"I stopped and rolled the window down and he turned around and just looked at me and off he went," said Patton.

"I think that's become norm up there, but so far we haven't seen them this far south, but it's getting close," he added.

Not even two weeks ago, another resident captured video of an animal running across the street at 57th and Guilford. The Indiana Department of Natural Resources confirmed the animal in the video is a coyote.

Others have reported seeing a coyote along the Monon Trail in the Broad Ripple area.

"If it's the middle of the day, I'm not that worried about it, although I might be looking for a stick or something," said Ed Spahr who walks on the Monon Trail with his wife.

So far, the Spahrs haven't spotted any coyotes. But they have a plan if they do.

"I'd probably just get real loud and try and scare it away or grab a stick or something like that," explained Suzi Spahr.

The DNR says if you do spot a coyote, you should make loud noises to frighten it away, but advises never corner the animal and always give it an escape route.

Good advice said Patton, even if coyotes haven't made their way to his neighborhood in the Old Northside.

"I haven't seen them wandering the neighborhood yet," said Patton, but adds he won't be surprised if he does. "We have rabbits, so I assume the coyotes are following that same food trail."