Cries for justice rose up from protesters Friday afternoon. 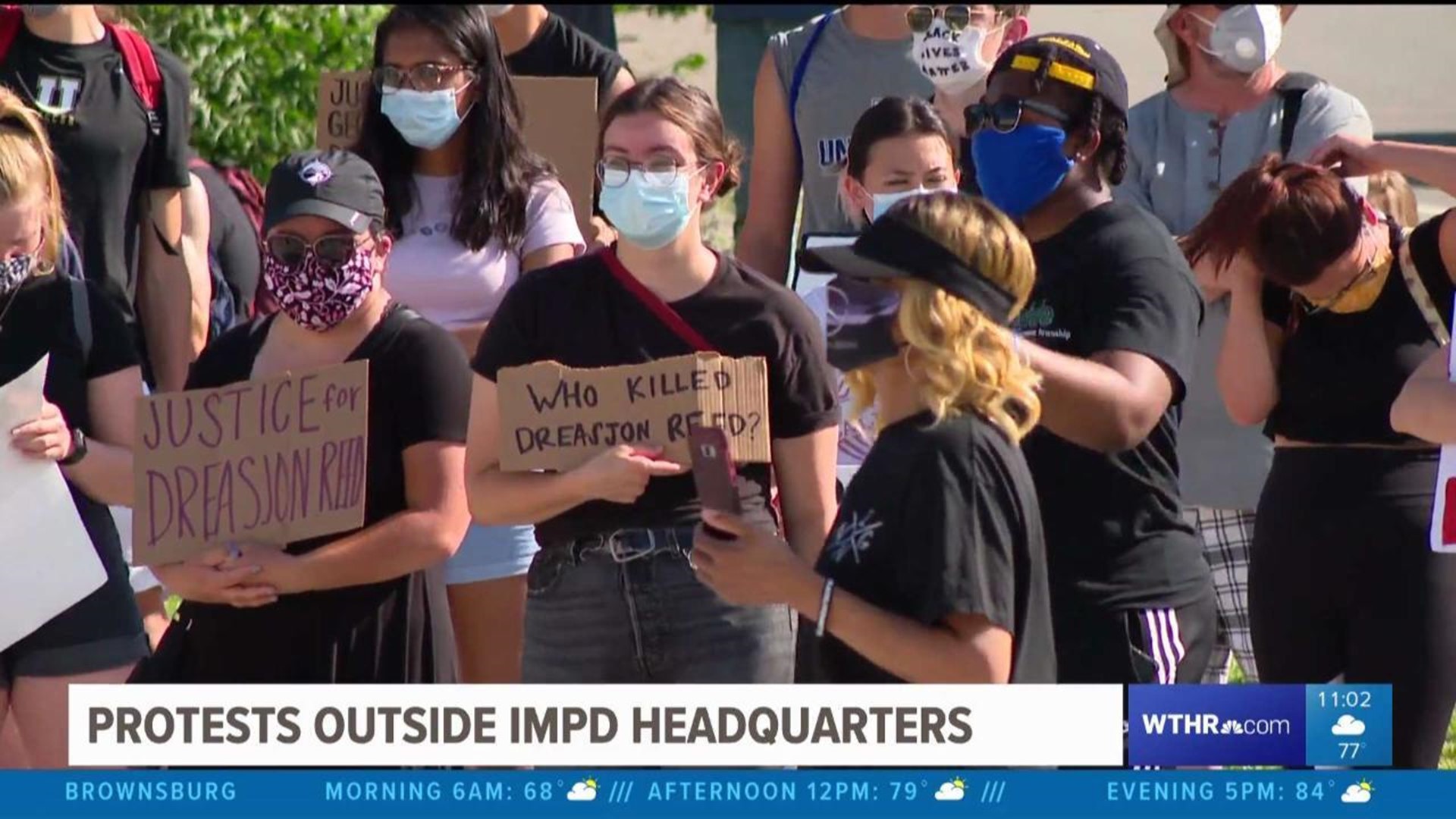 INDIANAPOLIS (WTHR) - Cries for justice rose up from protesters Friday afternoon at the doorstep of IMPD’s Northwest Headquarters.

One of their demands, said protesters, was justice for 21-year-old Dreasjon Reed.

“Honestly, this is my first protest,” said Jazmine Reed.

The demonstration was deeply personal for her. Dreasjon was her little brother.

“I’m standing right here looking at all these people out here for my brother, saying my brother’s name. It’s surreal. It’s literally like a whole month later and it still doesn’t seem real to me,” Jazmine said.

He was shot and killed by an IMPD officer May 6, following a car chase Dreasjon streamed live on Facebook.

At one point, Reed gets out of the car and runs, the video still rolling, but with the camera on his phone pointed upward. Several gun shots can be heard next, but you don’t see the circumstances.

IMPD has said Reed shot first at an officer before the officer returned fire. Reed’s family has said they have video proof that Reed never shot at police and was, instead, shot and killed while running away.

“The people who rode past on their phones on live, that’s all the evidence,” said Jazmine.

An independent prosecutor has been assigned to investigate. Protestors want more answers now.

Friday’s protests came on the same day the city announced changes to its use of force policy at a news conference.

“We’re not going to be pacified by you doing a press conference,” Coleman said.

For Reed’s sister, seeing her brother’s name invoked locally at a protest, at a time when protests are going on all across the country, gives her some comfort.

“This is my life," she said. "This is my family’s life right now. It’ll never be OK for us, even if we do get justice for my brother, we’ll still never be OK.”