On the lawn of the Statehouse Sunday, protesters gathered by the hundreds to rally against police brutality and encourage people to vote. 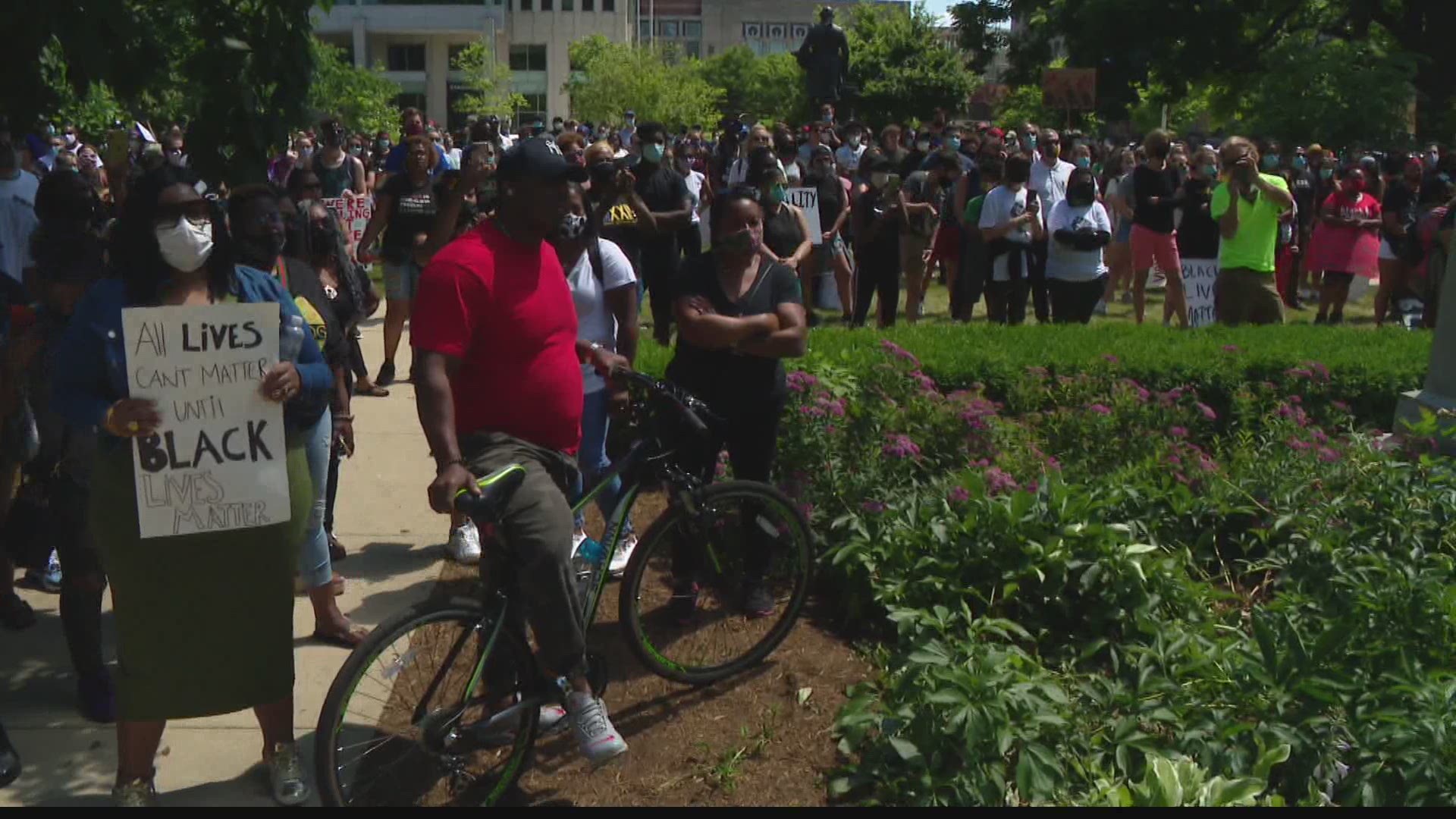 INDIANAPOLIS — On the lawn of the Statehouse Sunday, protesters gathered by the hundreds to rally against police brutality and encourage people to vote.

As songs like "A Change Is Gonna Come" by Sam Cooke played on the loudspeaker, signs held high and low could be seen expressing support for the black community.

"If we register young people to vote, that's when we start making a difference," said Amp Harris of Harris Productions, who helped organize the event.

There were also athletes like NBA player George Hill speaking at the event. Hill grew up in Indianapolis and now plays for the Milwaukee Bucks.

"Yes, there's going to be obstacles, but how can we get past the obstacles? We've been getting past them for 400 years, so we have to continue to build, continue to grow," Hill said.

Former WNBA All-Star Tamika Catchings and owner of Tea's Me Cafe said it takes everyone to help spur change.

"When you look around, there's not all black people out here," Catchings said. "There's every single color and every single race supporting one another, and that's how we lift each other up."

Along with encouraging more people to register to vote, those at the event also want others to focus on legislation.

Legislation is something six young women of the newly organized "Black Women in Charge" are fighting to change.

"We work more so with law enforcement officials as well as city officials to push bills, push laws as weeks go by," said Yasmine Anderson of Black Women in Charge.

Protesters took their message from the Statehouse chanting phrases like "Money for housing. Not police. Money for schools. Not police."

They marched toward Monument Circle through the streets of downtown, chanting the need for police body cameras and justice for Dreasjon Reed, who was shot and killed by Indianapolis police.

The crowd then stopped at the Indiana War Memorial.

"We live in a city that they know if we get stirred up, then a few weeks later, we're done. We gotta let them know we're not done," said Jeffrey Johnson Sr. as he addressed the crowd from the steps of the memorial.

Protesters said this is only the beginning of getting their voices, including young adults' voices, heard in front of legislature.

"I think that us getting in there and us being on the receiving end and having people die from police brutality, people that we know, people that we love, having that perspective really gives us a better voice and a better perspective and logic when writing these laws," said Langdon Willoughby of Black Women in Charge.

Young people are now leading the charge and making a path for the future.

"We don't want our kids out here having to do exactly what we're doing when they're 20," Anderson said.