Plans a four-foot widening of the Monon Trail from 10th Street to 96th Street have been in the works since 2014. 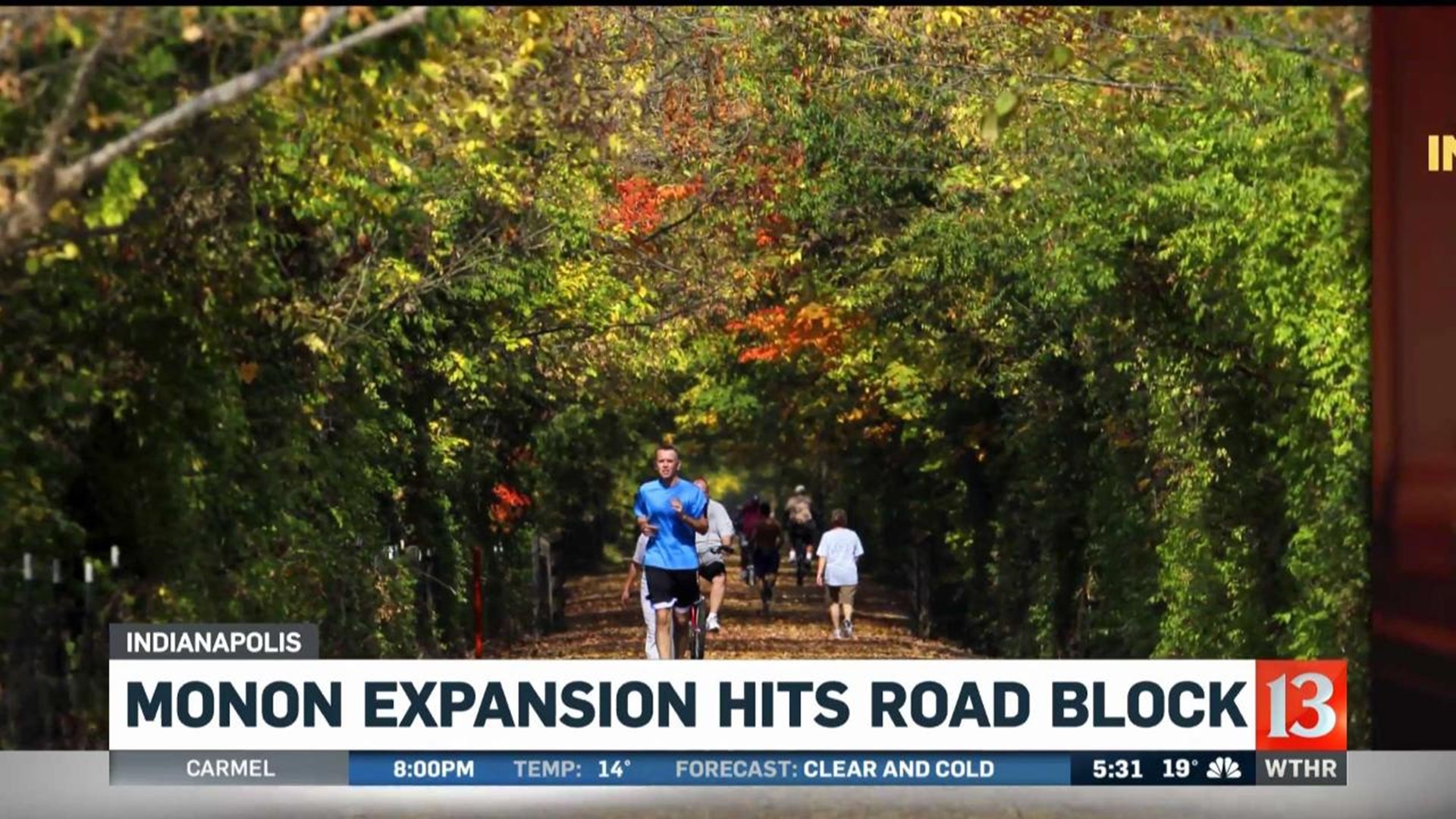 INDIANAPOLIS (WTHR) - Plans a four-foot widening of the Monon Trail from 10th Street to 96th Street have been in the works since 2014.

Trees were pruned and brush cut back ahead of construction set to start this spring. But now, most of the project is on hold.

"There were obstructions in the way of construction," said Dan Parker, Department of Public Works.

He's referencing bridges, steps and walkways adjacent property owners installed to connect them to the trail.

"We wanted to make sure we're not building or widening the trail on someone else's property," said Parker.

If you've been on the Monon, you've probably assumed that fences mark a property line, but Parker says right now, they can't assume anything.

That's after city attorneys who reviewed construction plans discovered an Indiana Supreme Court ruling from 2012 which reads railroad easements can't be transferred to trails, even if it happened years ago.

"We own portions of it and want to own all of it," Parker said.

As for whether that might mean acquiring property to make that happen, Parker responded, "Potentially."

Here's the catch: There are roughly 300 properties along the Monon, some with fences.

"It goes back to title searches that could go back to mid-19th century," said Parker.

How is it that the city didn't have this information so close to breaking ground? In fairness, the Monon expansion was set in motion by the previous city administration.

"I don't want to get into blame game," Parker said. "Our job is to get it done right and not encroach on anyone's private property rights."

Back to the fences, we asked one homeowner for her thoughts.

"We had a drain installed to help with the flooding in the backyard and the landscaper was not able to remove brush beyond fence line, so as far as we know that's where our property line ends," she said.

She does, by the way, want the Monon widened. Parker says some of it will be widened this year. The stretch from 14th to 21st and toward the state fairgrounds is good to go, but the rest of the project may take an additional two or three years.

And, of course, at what price.