Two 11-year-old twins are helping kids and parents alike with a growing podcast on understanding finances. 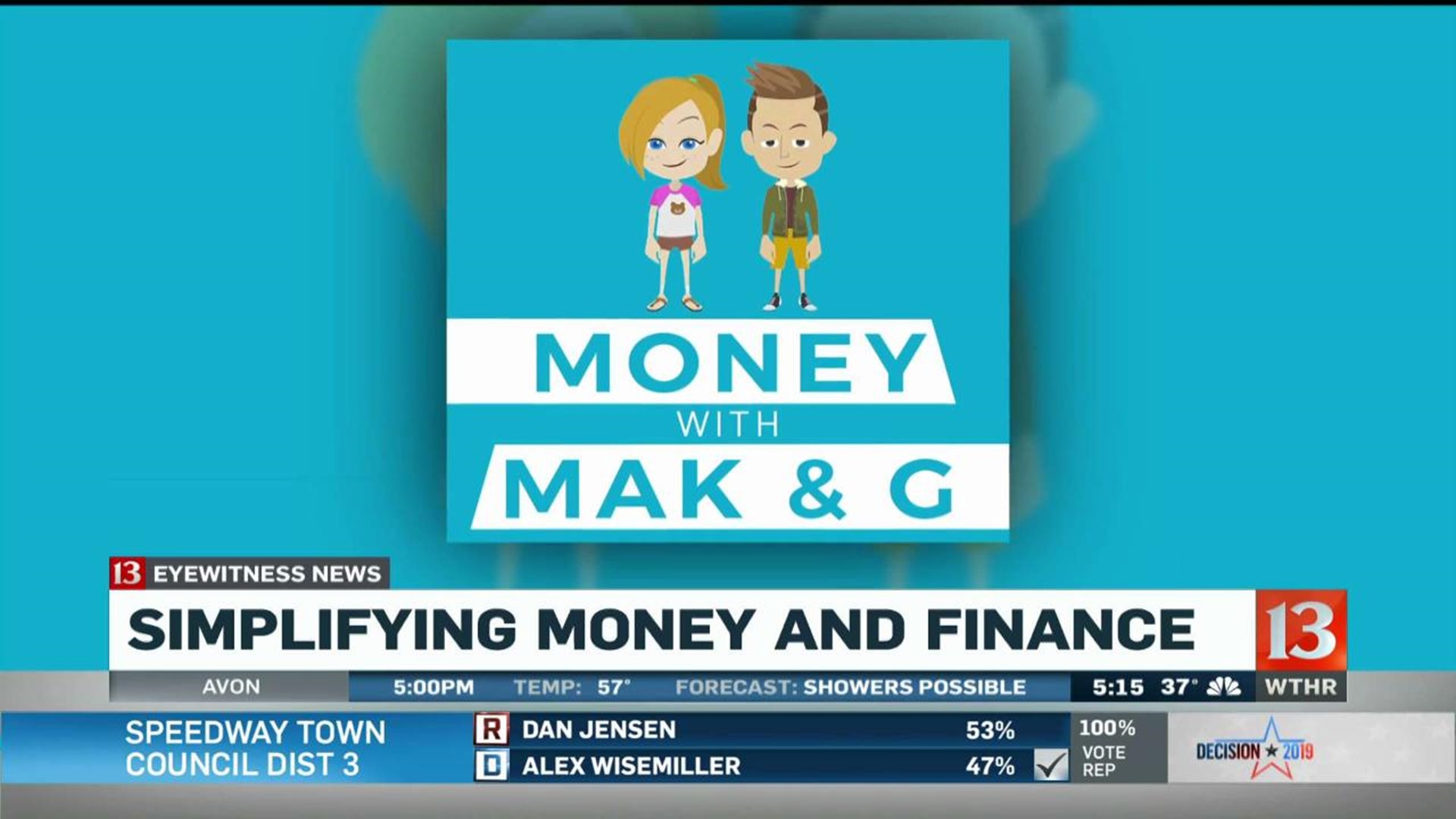 INDIANAPOLIS (WTHR) — Let's be honest — money, finance, investing and saving can seem daunting at times, maybe even intimidating to some of us. Here's the good news: It doesn't have to be. That's the goal of a local financial planner, Ben Jones.

Jones helped create a finance podcast that has grown in popularity since its start in 2018, perhaps because it's hosted by his 11-year-old twins.

Grant and Makenna Jones are like most kids, except these sixth graders are the stars of "Money with Mak and G." It's a podcast the twins record in a makeshift studio all about financial literacy. It's now in its fourth season and has more than 1,500 downloads.

Admittedly, the idea came from their dad, Ben. He has a master's in business from the University of Chicago, so he knows his stuff when it comes to money. He realized many adults didn't seem to understand a lot of financial concepts and terminology. So he tried doing money content for kids and realized people still weren't quite grasping it.

Then daughter Makenna took interest in his job, and it clicked: a financial podcast for families, simplifying concepts, hosted by kids. But still, how would preteens explain complicated financial concepts?

Ben said they started with simple things like allowance and piggy banks, then they got into more complex topics like checks and credit cards. Each episode is only about 10 minutes long. There are five episodes per season, and sometimes they bring on guests.

"Highly complex items put out very simply by kids that do a great job," Ben explained.

They've gotten great feedback from listeners, too. Ben said listeners have told him their kids will listen to the episodes and ask questions two and three days later about them. That's just what he was aiming for with the podcast — listen as a family so everyone can hear.

"I think it's very important because then everyone can learn about it, too, and not just us," Makenna said.

Many of you likely got some form of allowance growing up, and you probably had to earn it. A recent survey by the American Institute of CPAs (AICPA) shows that two-thirds of kids today receive an allowance. Four out of five parents expect them to earn it.

But financial experts say it's important to actually teach them about money, too. That's why the Jones family has some episodes on allowance for parents to pass down to their kids, too.

"Get them to learn and understand it," Ben said.

His first tip: Don't make money mysterious. If your kids ask why you're not spending on certain things, be honest. Be open about being on a family budget. Kids need to earn an allowance, so they can learn to budget while they're young.

"They need to see the relationship between their work, the agreement that we had, and what they actually receive," Ben said.

Jones made an agreement with his twins when they were just 6 years old. They started small, where they each earned a dollar for chores, like folding a basket of laundry together. Little by little, they upgraded to $5 per week for things like taking the trash out, wiping down counter tops, making the bed, dusting and keeping their rooms clean. If the kids don't finish all their chores, they don't get all the money, and they get an explanation why.

Ben also suggests using cash, so kids can see the money earned and lost by spending. That's more difficult to do when the money is in a bank account. For now, the Joneses still keep a watchful eye on the twins's money, and they still set budget guidelines.

"That pumps the brakes," Ben said. "Makes them reassess what's going on so they don't blow too much money."

How much money parents give to kids for allowance may come as a surprise. A recent AICPA survey found the average allowance for American children is $30 per week.

Ben suggests giving kids incentive with interest when it comes to saving. For example, if they can save $100, give them 10 percent interest — $10 — for their accomplishment.

That method seems to be working for the Jones twins.

"Don't just go out and spend all themoney that you earn at once because you'll defintely regret it," Grant said.

Once they've got $100 saved, it might be a good idea to open a checking or savings account parents can monitor.

Whatever the family decides, Ben said the important thing is to get the financial conversations started young.

"All I hope for is to help somebody have better conversations so that they can make better decisions."