Being a mom is nerve-racking enough. Throw in a global pandemic, and pregnancy can be a scary situations for new moms. 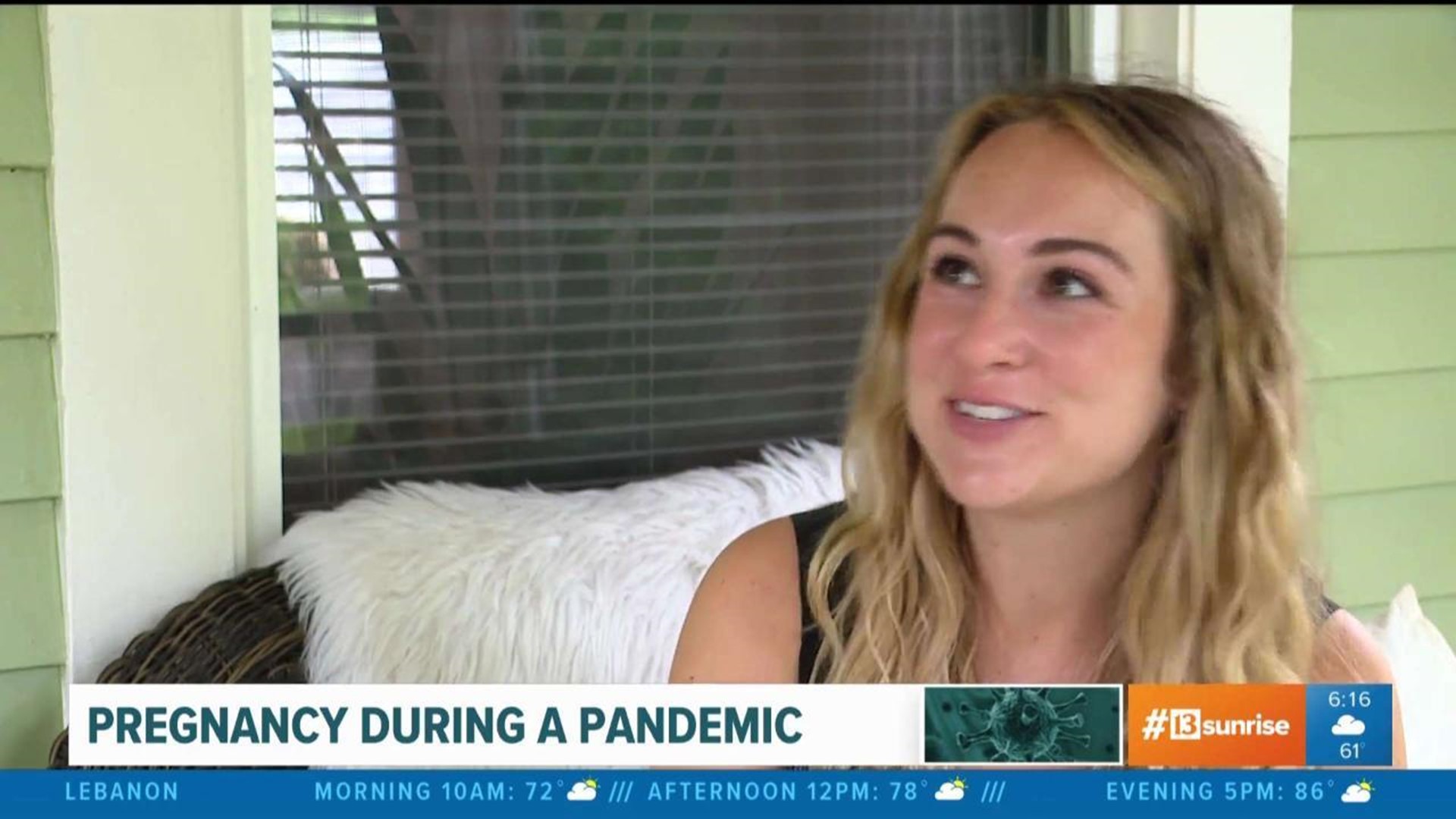 INDIANAPOLIS (WTHR) — "It's just a weird thing to go through everything for the first time, but then also in this hyper-state of fear," said Emily Wehner, an Indianapolis woman pregnant with her first child.

"It's been really scary. In New York when, the husbands weren't allowed to be there when their wives were delivering the babies I had horrible nightmares for weeks because I was like, "I'm going to deliver this baby and I'm going to be all alone.'"

New regulations allow you to have one guest in the delivery room but Emily said the whole process has been nothing like she imagined.

"It just changes a lot of my expectations of what I thought it was going to be like," she said. "When I think about our gender reveal party, I think about how I really wanted to do this party up at the lake with my friends and it's just not going to happen."

Health care experts say while there's not a lot of data yet about pregnancy and COVID-19, they can get some sort of an idea from looking at a virus like the flu.

"We do see that pregnant women are at greater risk. We know that the immune system is dampened during pregnancy so women that are pregnant should absolutely consider themselves to be high risk," Dr. Camuel Wright, the medical director for Caresource Indiana, said.

Another first-time mom here in Indianapolis, Kelsey Bauchle, said she was already high risk before COVID-19.

"So I have lupus, so I'm considered high-risk because there are a lot of different factors — like preeclampsia is a big one," she says.

So not only is Bauchle having a high-risk pregnancy, but she's dealing with worries of COVID-19 on top of it.

Her husband Chris is in the Air Force and also works as a firefighter.

"When things first went on lockdown, we had to have a serious conversation about staying in the same house," Bauchle said.

Her husband was still going on runs as an essential worker.

They made the decision to spend more than a month living in separate places to protect Kelsey and the baby.

"After being apart while he was deployed, this wasn't that hard," Kelsey joked.

But she said this experience hasn't been like she expected. She recently went in to find out the gender of the baby and Chris wasn't able to go with her.

She had to do the gender reveal over the phone.