After learning her son may have been involved in vandalizing an empty house in their neighborhood, an Indianapolis mom took an action that was not easy to do. 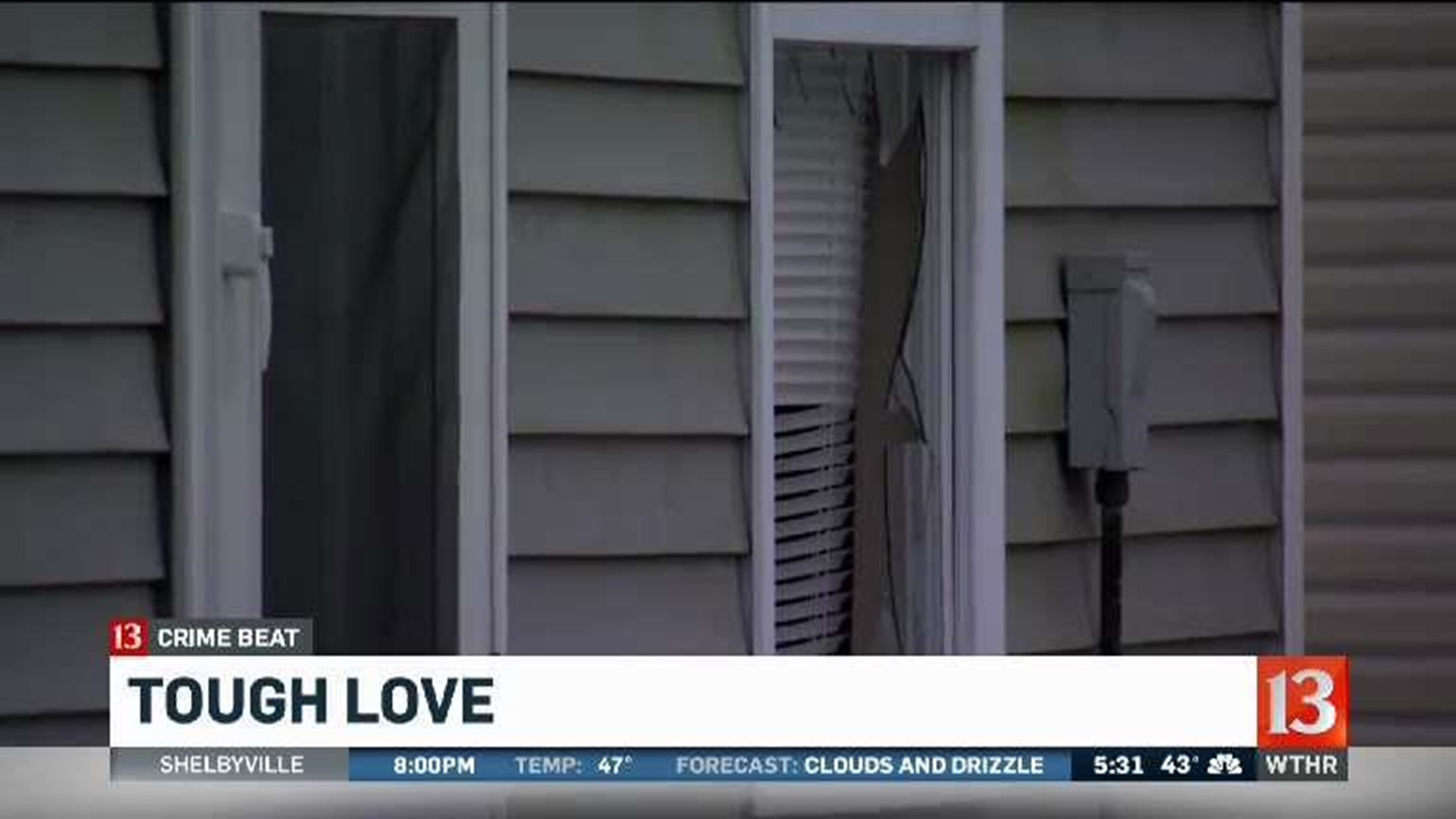 INDIANAPOLIS (WTHR) - An Indianapolis mother is using tough love to teach her son a lesson.

After learning he may have been involved in vandalizing an empty house in their neighborhood, she took action that was not easy to do.

The family moved into Moeller Estates on the southeast side of Indianapolis about a year ago. The mother of teen boys believes calling the police on her own son may not be a popular decision, but a right one.

"You have to show your kids that there are repercussions to their actions," said Jamey Weir.

Jamey Weir has four children altogether. She has three boys and one girl.

During their spring break, she made a tough decision about her 14-year-old son.

It centers around an empty house in their subdivision. Jamey spotted the broken window on the back of the house and immediately suspected something was wrong - and she was right.

Inside the house, someone went on a vandalism spree leaving serious damage behind.

Jamey suspected her own 14-year-old son and two other teens right away so she called police.

"I feel like if you know your kids are doing bad things like that, things that are illegal, you should teach them a lesson and that way they have a chance to become a better person," said Jamey Weir, "It's a hard thing to do because you feel like you are being a bad parent but it's the right thing to do."

Now, since Jamey and her son are scheduled for juvenile court, she says that's where she'll show even more tough love.

"We can talk about anything as mother and son, drugs, alcohol, sex, so I think that helps build a different kind of bond in a way to be open with each other," said Weir.

Even police marveled at the mother's bravery reporting her son to the police, especially after she pointed out to the responding officer how the kids got into the house.

"I showed him where the window was busted and I looked in it and he went to see if the door was unlocked and it was. I kind of stood in front of the door frame and it's bad," said Jamey Weir, "I talked to the detective and I told him you might get a lot of parents that would defend their kids. But I was the one who did it and I am not going to lie. What would be the point?"

Jamey expects the repairs to the house in Moeller Estates will be very expensive, another lesson she says her son will learn in this case.