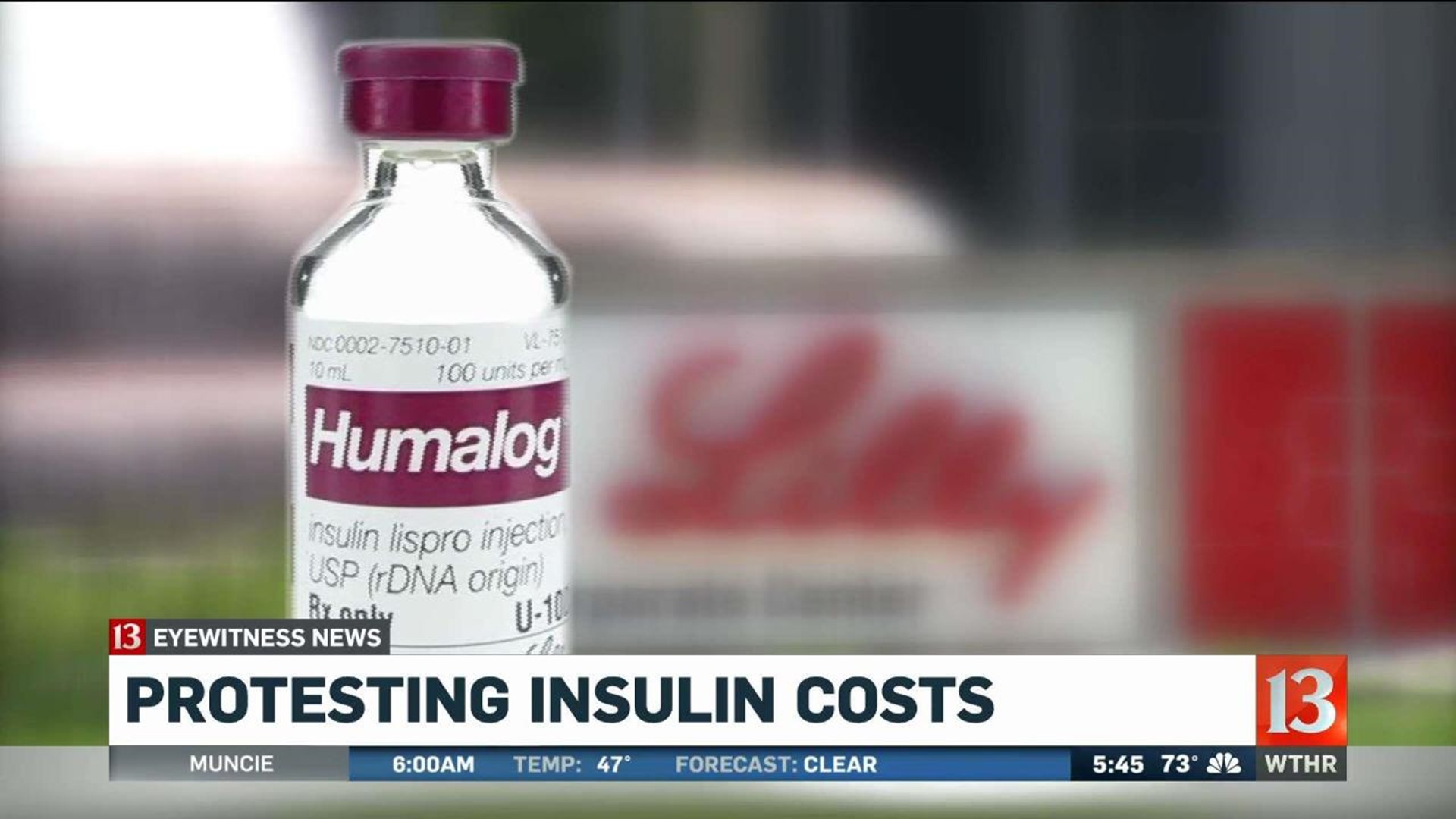 INDIANAPOLIS (WTHR) - A Minneapolis mom is taking on taking on Indianapolis-based Eli Lilly and Company.

Nicole Smith Holt says she lost a son to diabetes and the skyrocketing costs of insulin.

"My son's life was cut short because insulin cost too much." Holt said.

The protestors outside of Lilly headquarters blamed Lilly and other drug manufacturers for rising insulin prices.

According to a company spokesperson, a single vial of Lilly's Humalog costs $275, 13 times more than it did when introduced 22 years ago.

"I believe they are getting greedy and they are looking at their dollars instead of our lives," Holt said "They are living the life off blood money."

Holt said her son Alec's employer didn't provide insurance. The 26 year old couldn't afford to buy his own insurance or pay $1,300 a month for insulin.

"In reality he was starving himself. He was not eating and trying to use less insulin." Holt said.

Holt is part of People of Faith for Access to Medicines. It's a small group that insists insulin is a human right. They attended Monday's shareholders meeting seeking answers.

Fran Quigley is the group's coordinator.

"The available evidence is that it really only costs a few dollars to manufacture and ship a vial of insulin that is sold for as much as $300 dollars," Quigley said.

Insulin's rising cost has been in an issue in Congress and the courts for years. Lilly is one of at least three pharmaceutical companies being sued by consumers.

Engagement on this issue is very important, and demonstrations are one way to have your voice heard. It will take continued effort and commitment across the health care system to affect change, and Lilly is committed to working with others to help make it happen. Lilly has been an active participant in the insulin access dialogue for a long time, and that work will continue. In the last 18 months, we have introduced a number of initiatives to help reduce the amount people pay at the pharmacy and provide access to lower-income people with diabetes. We are committed to continuing this work.

Although Holt didn't get her questions answered during the shareholders meeting, she said her meeting with the vice president of Lilly's U.S. insulin division was better than she expected.

"He acknowledged there are flaws in their system, that there is room for growth. I’m leaving with hope," Holt said.

Holt said the Lilly executive wanted to know more about her story and use it as the company wrestles with the issue.

Lilly has programs to help diabetics reduce the cost of insulin.