The school district is caught in controversy after a teacher cut a student's hair without parental permission. 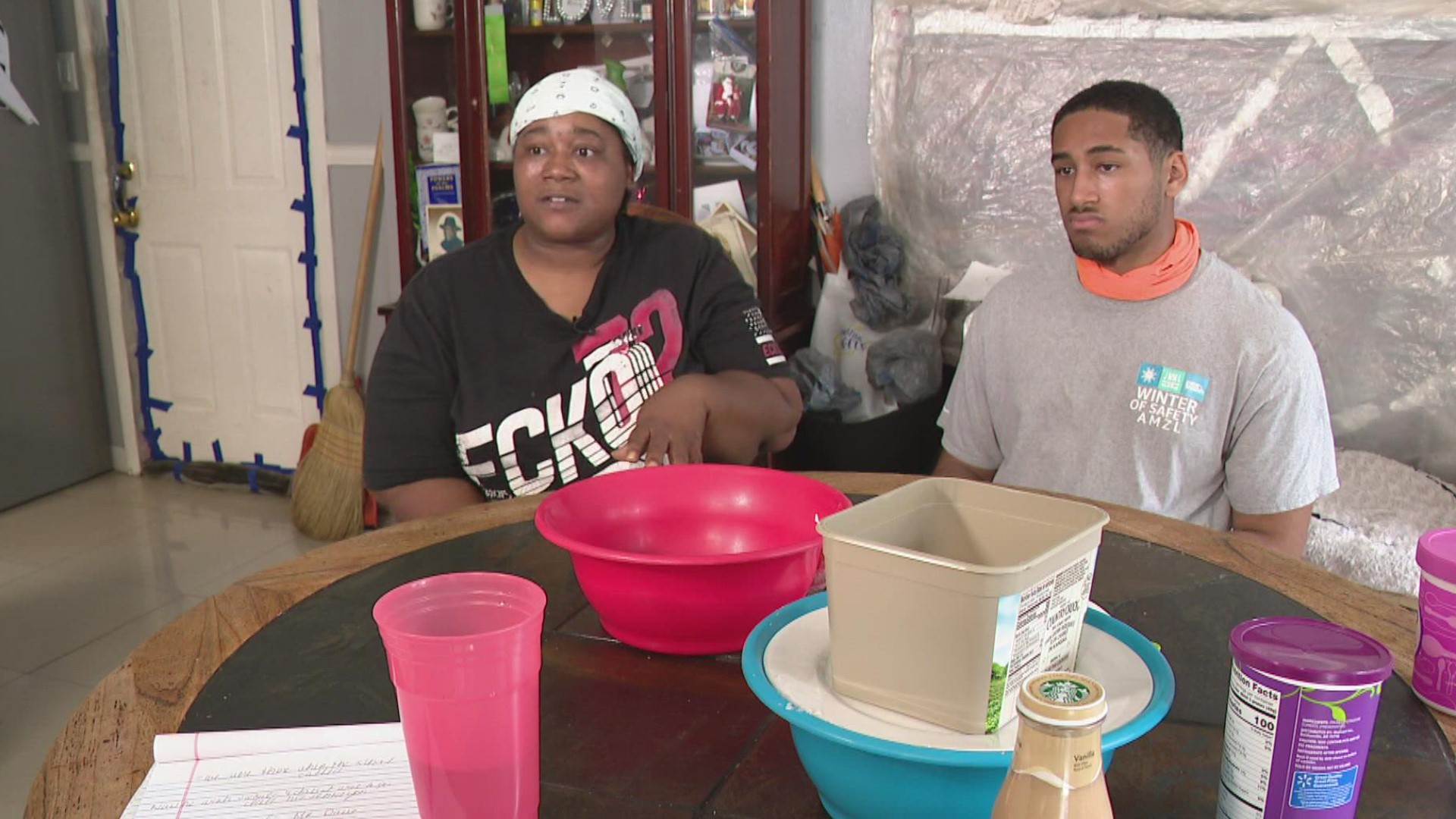 LAWRENCE, Indiana — A local school district is caught in controversy after a teacher cut a student's hair without parental permission.

“You see my son’s head? This is unacceptable," said Nikki Battle, pointing to her son Jonathan's head. "He’s got bald spots. These are nicks.”

What she’s pointing to isn’t from a trip to the wrong barber.

“Now it’s going to take two to three months for it to grow back, at least,” Battle said, speaking about her 17-year-old son’s hair.

Battle said a teacher at Lawrence Central High School cut Jonathan’s hair Tuesday, and that’s not at all.

“He cut my child’s eyebrows and facial hair, and it looks bad,” said Battle.

“Sorry,” Jonathan said to his mom.

“You have nothing to absolutely apologize for,” Battle responded, explaining that Jonathan was in the process of growing his hair out so he could have it braided next month.

“It was an afro. It was a big ol' beautiful afro. His hair was fine. There was nothing wrong with his hair,” Battle added.

According to Jonathan, though, some students were recently making fun of him for it. The varsity wrestler said it's not the first time he’s been picked on at school.

According to Battle, Jonathan is on the autism spectrum and sometimes is the target of bullying at school.

And that’s just what happened Tuesday, according to Battle, when a student shoved Jonathan at school.

“He tried to walk away and that’s when the kid pushed him and he grabbed him in self-defense, so the school told me to come and pick me up,” Battle explained.

When she did, Battle said she discovered a teacher had cut Jonathan’s hair.

The mom of this Lawrence Central HS student says a teacher at the school cut her sons hair without permission pic.twitter.com/YFtStdsDOh

“I feel disrespected. I feel left out that you did something without consulting a parent. That’s not your kid,” Battle said, adding she’s not surprised Jonathan didn’t tell the teacher not to cut his hair.

“He’s not going to argue with an adult at all,” Battle explained.

“I was like OK,” Jonathan said of the moment when the teacher offered to cut his hair. “He was gonna fix me up.”

“The MSD of Lawrence Township and Lawrence Central High School take the allegations made extremely seriously and immediately investigated upon notification. It is not uncommon for school personnel to go above and beyond to meet the needs of students outside of the classroom. The staff member in question acted with the best of intentions to support the student.”

“He said he was trying to do a good deed, but that’s not a good deed to me,” said Battle.

Now, Jonathan doesn’t want to go back to school and instead wants to finish his senior year virtually. Battle is trying to convince her son it’s going to be OK.

“You don’t have to feel bad. It’s OK. You did nothing wrong, you understand?” Battle told Jonathan.