A mother refused to give up CPR when their 3-and-a-half-year-old son drowned in a friend's pool. And now she's hosting CPR classes to make sure more parents are educated and prepared in the event of a near tragedy. 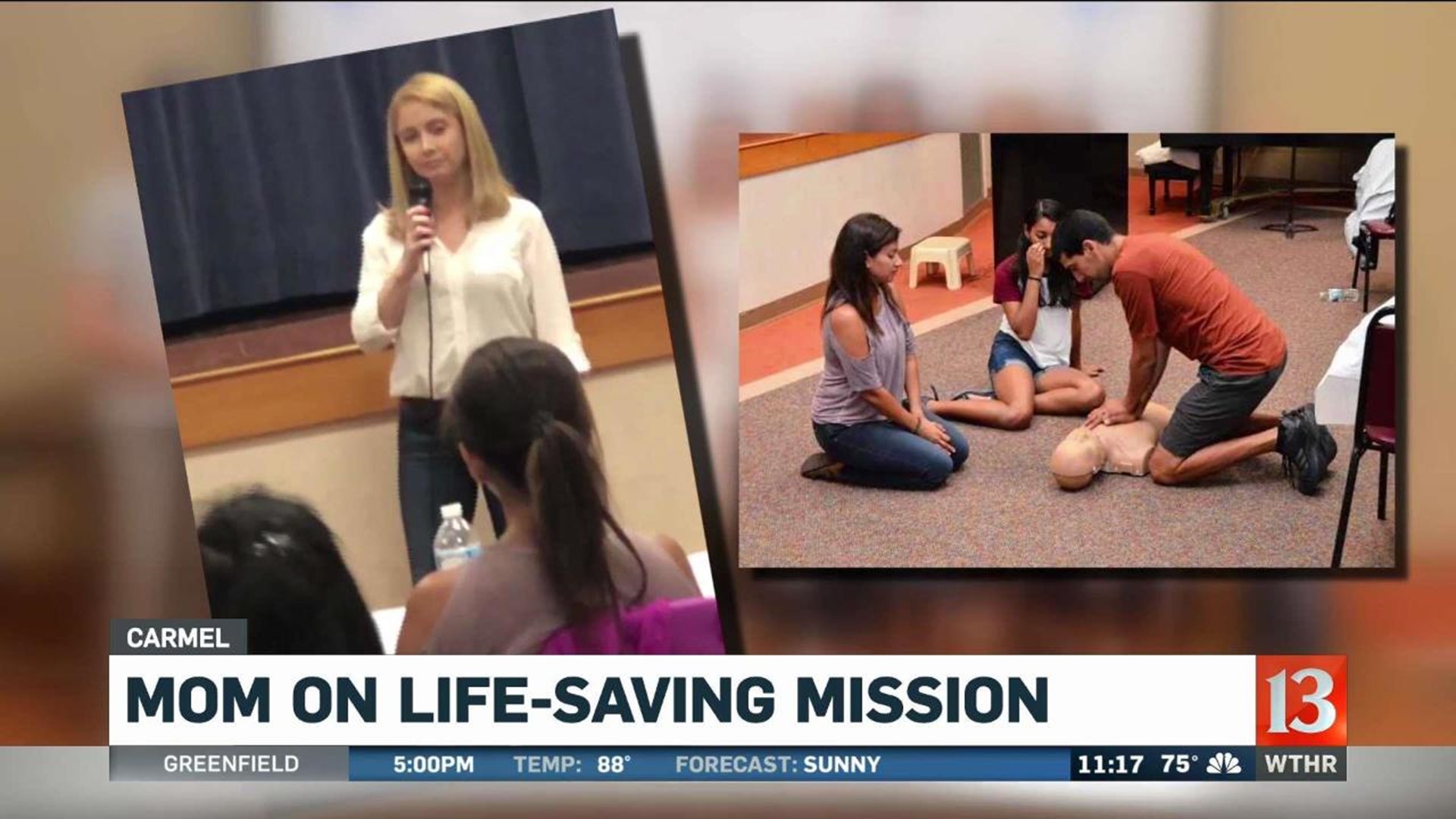 INDIANAPOLIS (WTHR) — "Never, never did I think this could be us," said Danielle Bohm.

The wife and mother of two, knows better now though, "never," can, and does happen.

She found that out last summer when she watched her husband perform CPR on their youngest son after the 3-year-old fell into a friend's pool.

"He checked for a pulse and he said, 'He's gone!' And he said it in a terrified tone and I said, 'No! No! No! He can't be gone! He was just fine! Don't stop!" Danielle remembered telling her husband.

Moments later, little Chase had a pulse again, but spent the night in the ICU.

"He wasn't able to communicate. He was in a state of shock," explained Danielle.

Almost a year later, Chase is doing great, getting ready for pre-school in the fall.

"I'll just think to myself, 'He's here. He survived. He's our blessing. He's our miracle,'" said Danielle, who knows how close they came to losing him.

"I can't live through this and have a blessing and not share it because I feel what we learned, knowledge is power. We have to share that with everyone," she said.

"It's not like the movies. You're not screaming. You're not flailing your arms. Children, they sink," said Danielle.

"We talk about how to be safe around the water to prevent it," she explained.

Danielle's already hosted the first of what she hopes will be many CPR classes.

Last month, 50 people came out to learn how to try to save a life.

"This can happen in a blink of an eye. It can happen to anyone," she said.

This mother knows that now and she wants other parents to know it, too.

Danielle hopes to have 500 people sign up to learn CPR in this first year of "Chase's Challenge."