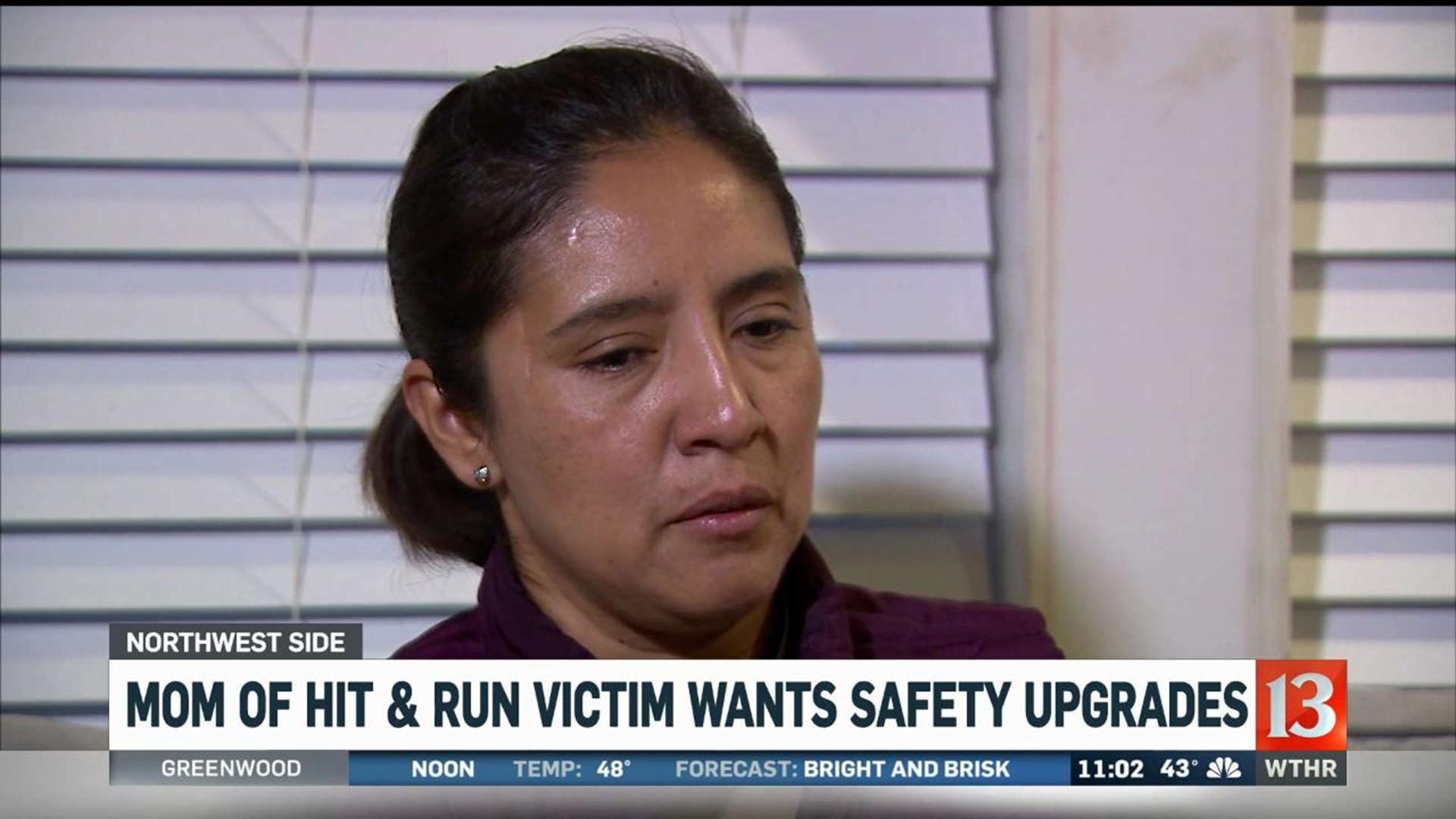 INDIANAPOLIS (WTHR) — It's been one month since Luis Daniel Patino Ortega was killed by a hit-and-run driver on his neighborhood street.​
​
"We were always together for everything and I'm going to miss him," said Maria Guadalupe Ortega, Luis' mother, as she opened up about the loss of her oldest son. ​
​
Luis Daniel was 14 years old, two months shy of his 15th birthday. He was riding his motorized mini bike on W. Coil Street one block from home.​
​
Minister Maria Pimental-Gannon sat by her side Friday to help her translate.​
​
"That day everything was different. She could just feel it. He came up to her and he would just stare at her. She would look at him and it just felt different. The kids were always quiet and normally there's a lot of excitement," said Pimental-Gannon.​
​
The family says when they got the news, their world turned upside down.​
​
"No one respects the speed. Everyone always comes through here at a high speed and we always wanted to do something and we never did and there was a price to pay," said Ortega. ​
​
Ortega says the family plans to contact city leaders and ask that they install more street lights on W. Coil Street, or speed bumps or even radar speed signs to make the area safer.

Luis' mom says she doesn't want what happened to her son to happen to anyone else. ​
​
Metro police have issued a warrant for Timothy Poole for the crash. He's facing charges for leaving the scene of a deadly accident. He has not yet been captured. ​
​
"Once they catch them, this way, he'll stop causing harm to others. I don't wish him any ill, but he's going to have to pay for the consequences of his actions," said Ortega. ​
​
Actions that took the life of a future engineer, filled with perseverance and generosity. ​Ortega says her son was fixated on automobiles. He wanted to create cars with special motors. ​
​
"A car would go by and he would identify it. He knew the year, the make and who made the motor," said Ortega.​
​
He also loved basketball and playing the violin.​
​
"He wanted to become a professional violin player. He played 'Twinkle Twinkle Little Star' but he was on his way," Ortega laughed as she began remembering funny moments. ​
​
As she glanced over to a table filled with cards, flowers, and a photo of her son's smiling face in his freshman class photo, she was reminded of him looking down on her.​
​
"Those memories and being able to verbalize these memories that I have with him, it fills a void deep inside and it's good," said Ortega.​
​
She said her son always told her when he got older he would be the one to take care of the family.​
​
"The week leading to his death he said that he was going to one day be adopted by a very wealthy family and he would live in a mansion. That became a reality. He was adopted by God and now lives in the mansion in heaven," said Ortega.​