Missing Indiana native's brother heading back to Colorado to search for her, hopes others will join him

Suzanne Morphew has been missing for nearly four months. 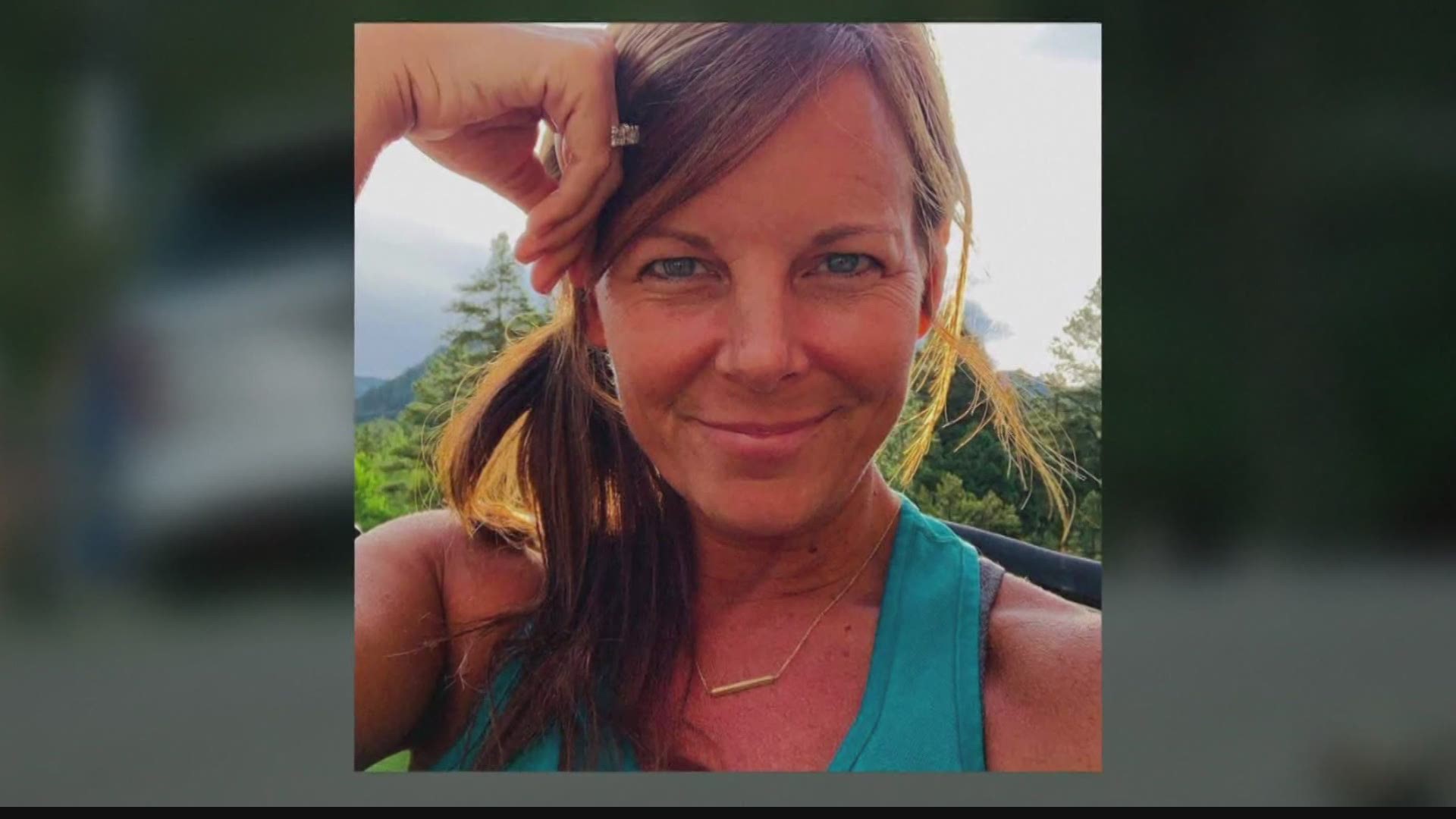 The search continues for a 49-year-old Alexandria, Indiana native who has been missing for nearly four months.

Whenever Andy Moorman talks about his little sister, Suzanne Morphew, he uses the past tense.

“Suzanne was the sweetest gal you could ever have met,” said Moorman.

“I think any other thoughts right now would be like burying your head in the sand,” said Moorman

Morphew disappeared near her Colorado home on Mother’s Day, May 10.

According to Moorman, Morphew's daughters were on a camping trip and her husband Barry was at work. Everyone became concerned when they couldn’t reach her.

A neighbor checked the house and found Morphew's bike gone, so her family first thought she might just be out for a ride.

“She was an active mountain biker. She liked to take care of herself,” Moorman said.

Moorman was on a plane the next day when it became clear Morphew was missing. He said police found his sister’s mountain bike down an embankment near a bridge close to her home.

“I don’t think she ever got on the bike. I think she was missing the night before,” said Moorman.

After hundreds of tips and dozens of searches, investigators have said they haven’t ruled out anything or anyone. Now, Moorman is heading back to Colorado in a few weeks to search for his sister again.

This time, he’s enlisted the help of Profiling Evil, a company of crime experts and former law enforcement personnel who help with cold and missing persons cases.

“I really want to bring closure to my family and that’s what this search effort is all about,” said Moorman.

He hopes a thousand volunteers will be willing to join him when he leaves Indiana on September 22. The search will start on September 24.

“They will train us. They’ll give us a small course out there about how to search,” said Moorman. The more the better. It’s huge terrain out there. I’m talking mountains on both sides. I need every expertise there is,” he added.

The case has drawn local and national attention, with family and friends holding a vigil for Morphew in her hometown just days ago.

“Suzanne didn’t have an enemy in the world.  She was just as sweet as she looks,” said Moorman, who is determined to find his sister and bring her home.

“The authorities can deal with the rest of it,” he said.