Mini-Marathon runner sets the pace and inspires others

Andrew Peterson isn't just an elite athlete. He has become a role model, giving speeches to students at dozens of schools across Indiana 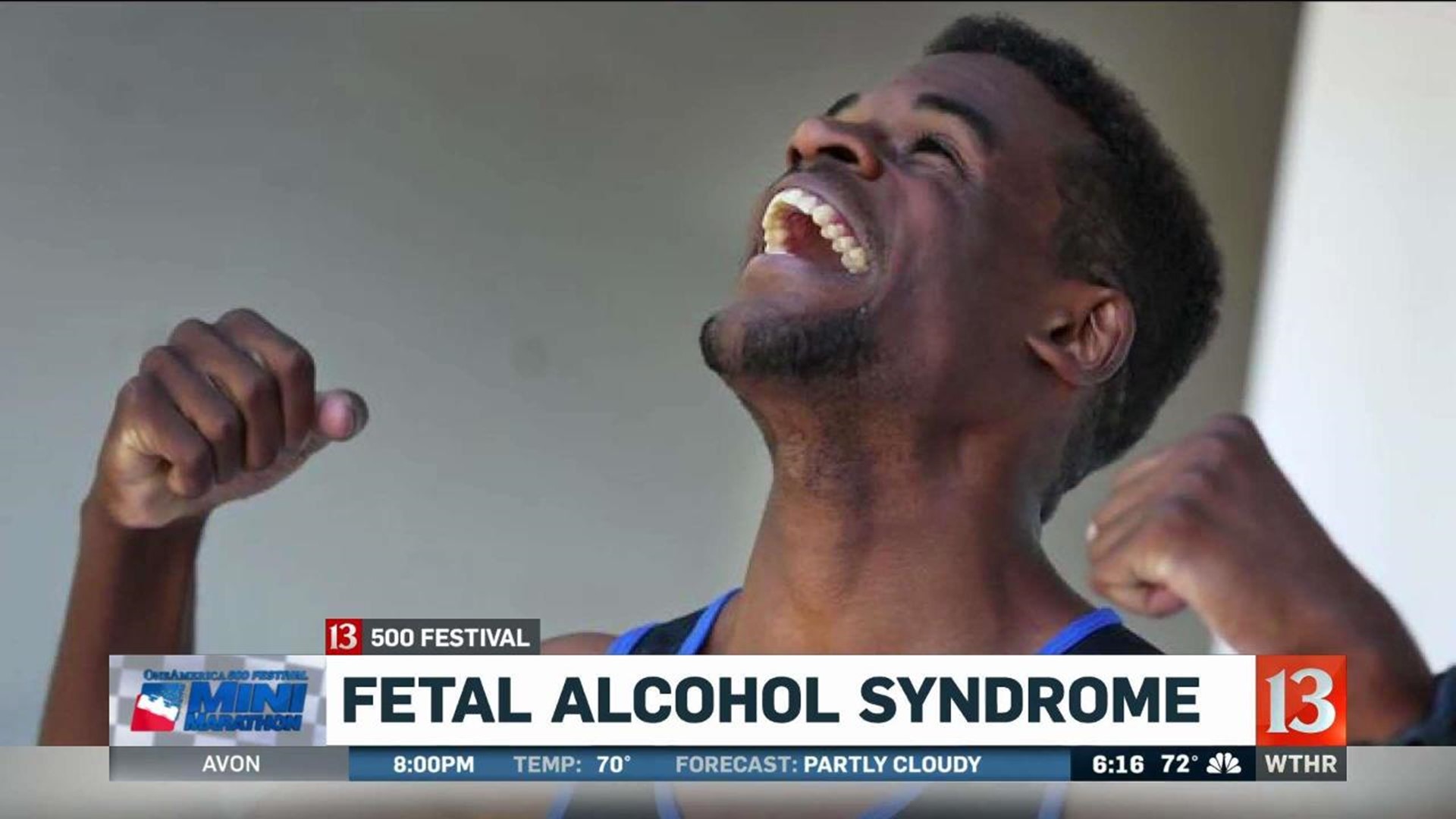 It will be his third, and like every other race he's run, he's training hard.

I recently met Andrew, 26, and his father Craig at Eagle Creek Park, one of his favorite places to run.

I hopped on my bike to keep up with him as he ran around the access road. When I asked if I should pedal faster, he kept nodding.

Andrew is fast. Very fast. In November, he finished the Indianapolis Monumental Marathon in 2:57:33, becoming just the second Special Olympics athlete to qualify for the Boston Marathon.

"I like it, I'm good at it and I can get even better doing hard work," he said.

He’s not just a gifted runner - he’s an inspiration to many, including me. Andrew’s story @ 6 #wthr pic.twitter.com/RD4Mv0oeeO

Andrew was born with Fetal Alcohol Syndrome. It resulted in permanent damage, affecting his motor and language skills. Andrew has said it was hard because he was often judged on what he couldn't do.

But following several years of therapy and hard work, Andrew found his calling, found what he could do and do very well.

"He said 'you better keep up' and I did just that," Andrew recalled.

Andrew discovered he could outrun just about anyone. He took up cross country in middle school and in high school began doing 5k's. He turned to half-marathons and then full marathons.

"He liked to run and I think that gave him a sense of success which then helped him have more success in the classroom," Craig said.

Andrew said it was a remarkable feeling.

"For the first time in my life my disability didn't define me."

Andrew isn't just an elite athlete. He has become a role model, giving speeches to students at dozens of schools across Indiana. He talks about respecting others, believing in yourself and never giving up.

He also has a national fan base after being named a finalist for the 2015 Runners World Cover contest.

"Get out and have fun with it. Just drink lots of beet juice."

Beet juice can minimize the effects of lactic acid.

You'll also want to consider a dose of Andrew's grit and determination to go the distance, which he's proven time and time again.