The program is aimed at transforming the city's urban core neighborhoods. 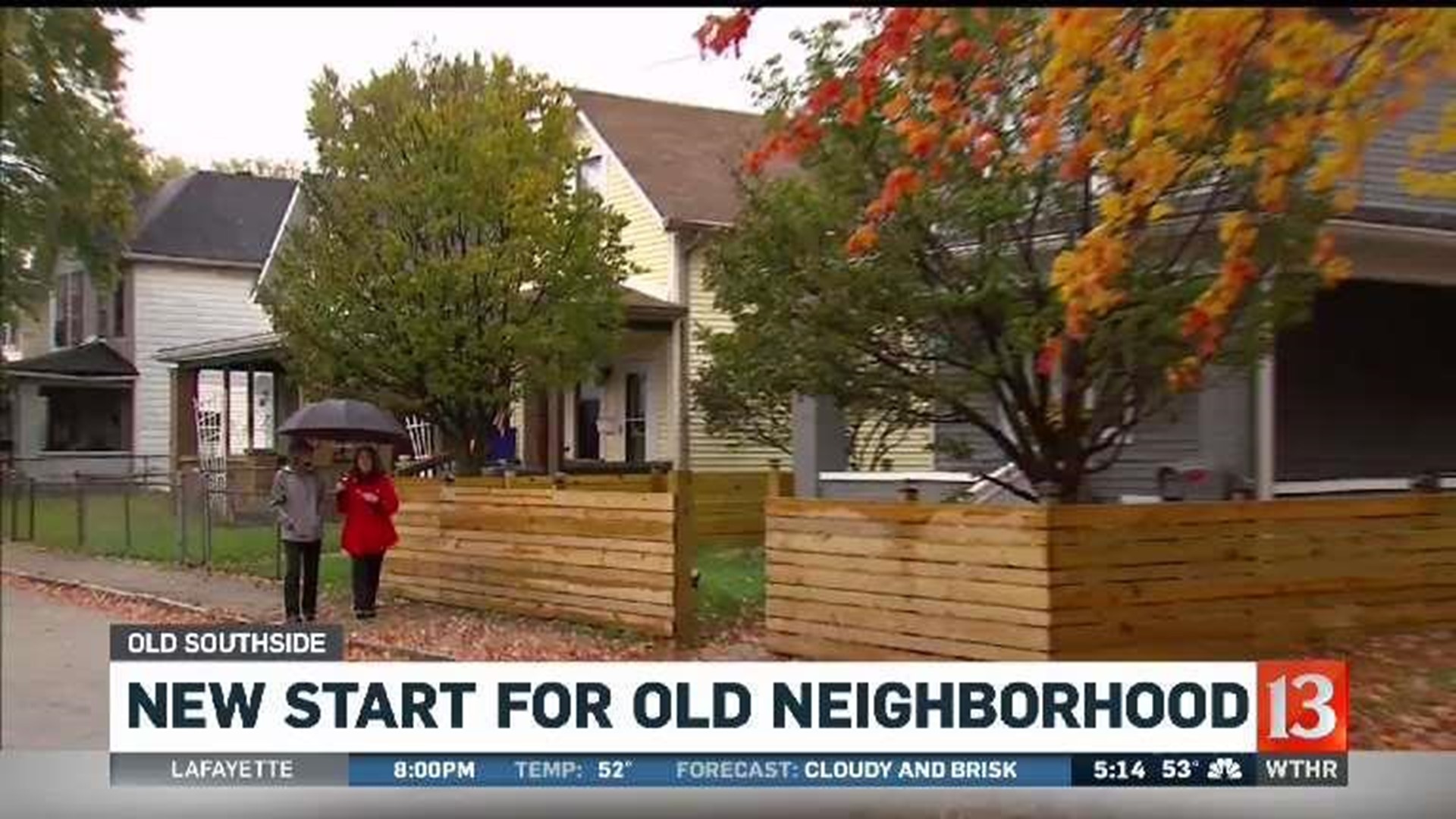 INDIANAPOLIS (WTHR) - The Old Southside is getting a lift, one that comes with federal dollars to help with revitalization and economic development.

On Wednesday morning, Mayor Joe Hogsett designated it a "Lift Indy" neighborhood, the city's second. The program is aimed at transforming the city's urban core neighborhoods.

The Old Southside/Stadium Village area, just south of downtown, will receive roughly $4 million in grants over the next three years to go toward affordable housing, placemaking, infrastructure and other quality of life improvements. The Old Southside was one of three neighborhoods competing for the designation.

Last year, Monon16 area became the city's first Lift Indy neighborhood. It's located in the Kennedy-King neighborhood and includes the area surrounding the intersection of 16th Street and the Monon Trail. The Monon16 website describes the area as "quickly becoming a resilient and inclusive neighborhood" with $50 million in current projects in the area.

The Old Southside encompasses South Street to Adler and Madison Avenue to the White River.

"We have thousands of commuters go up and down Meridian each day. For that to have a better face on it and be prettier, I think will lift the image of the neighborhood so much," said neighborhood leader Judith Essex.

But what Essex is most excited about is the opportunity for more workforce and affordable housing. She said a large portion of the money will go toward adding 13 houses to the mix, most new builds with a lot of rehab already underway.

"We all know what's been happening in the surrounding neighborhoods with all the houses being renovated and prices going up and we want to make sure we can keep a balance and make sure that people who want to live here can," Essex said.

That said, developers are also keen on the area. Steve Alexander saw the potential years ago, helping secure land across from Lucas Oil Stadium for a new hotel. Alexander said said investors like the proximity to the stadium, downtown, Eli Lilly and Rolls Royce, especially since there's room to grow.

"They want to know 'how much can we get of this, we want to invest here.' The neighborhood sells itself," he said.

Alexander is involved with three hotels planned for the area, along with loft apartments planned for South Meridian near Shapiro's Deli, a long-time anchor.

"It's absolutely a marvelous thing for the near south side, for the businesess," said owner Brian Shapiro.

Topping the list for him? A stable housing market.

"I want us to have a community again and not the glizty Carmel or Mass Ave that's become a bunch of transient people. It needs to be where people buy a house to be close to work," he said.

The $4 million in grants will be distributed starting in 2019. Essex said the first project involved replacing playground equipment and adding a new shelter at Kelly Park.