Chief Randal Taylor's term has included challenges not faced by his predecessors. 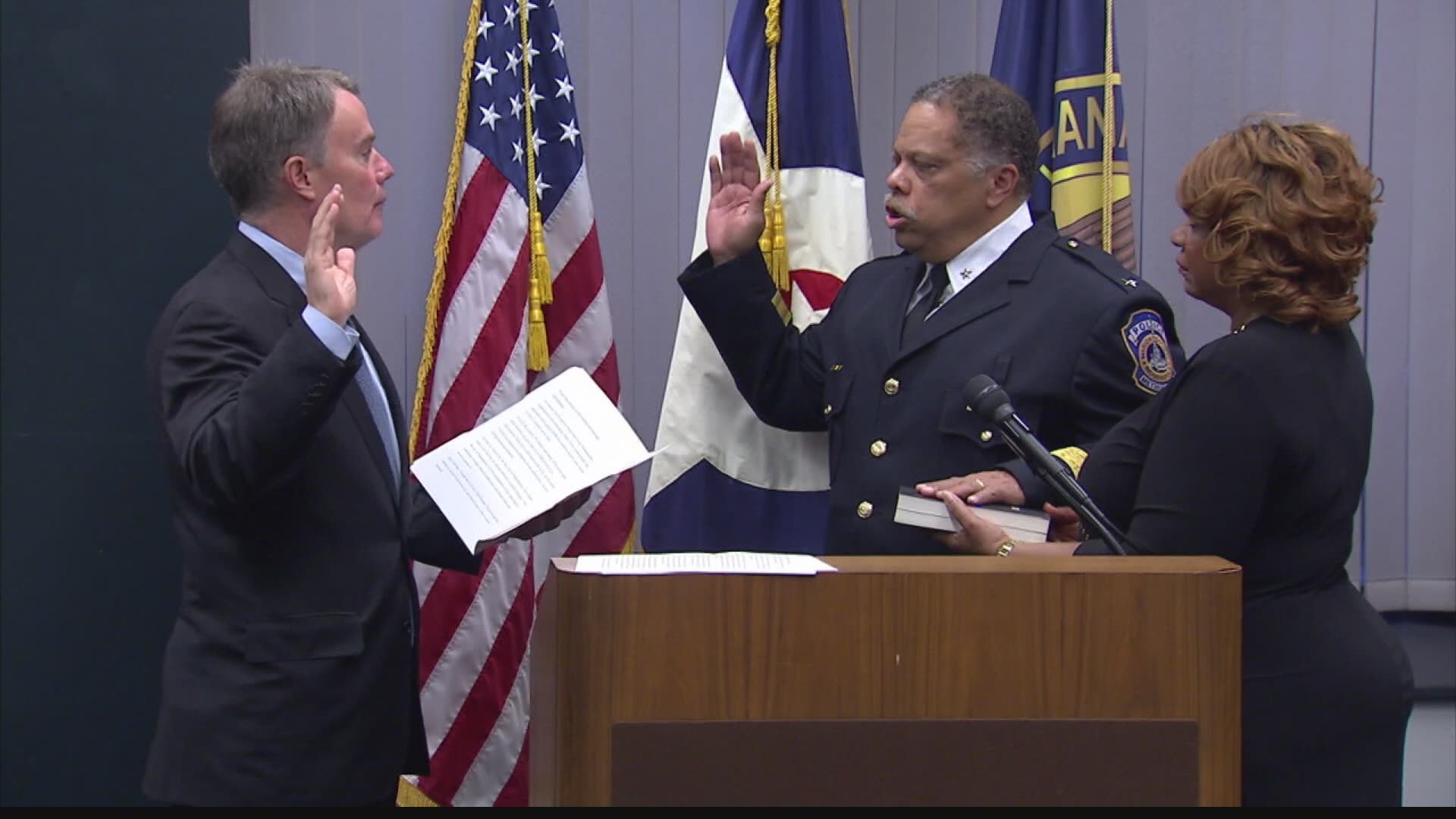 INDIANAPOLIS — The Indianapolis Metropolitan Police chief sat down with 13News for a candid interview about his first six months on leading the state's largest police force.

Chief Randal Taylor took over as top cop for IMPD Jan. 1, 2020. It's been a whirlwind of a job for the new chief since then.

Chief Randy Taylor is at the height of his career thanks in part to an officer from his hometown.

Taylor grew up in Champaign, Illinois, where his first brush with the law eventually led to a much more positive encounter with Champaign Police Officer Richard Atkins that would change his life forever.

"He started talking to me and said what would you think about a career in law enforcement," Chief Taylor said. "I said that's odd coming from the cop who wrote me a ticket."

Taylor got into trouble for speeding while on his way to an overnight job when Officer Atkins pulled him over. The officer saw something in Taylor's character that stuck with him, despite his heavy foot behind the wheel. It turns out the encounter with Atkins may have just been his ticket on a path much different from his parents and into law enforcement.

"My father was a doctor of veterinary medicine," Chief Taylor said. "My mom was an accountant."

"He encouraged me to go on a ride along with him, which I did," Taylor said. "I was not old enough to test at that point but I thought man this has a lot of stuff that I'm looking for."

Taylor and his family eventually relocated to Indianapolis where he worked his way up the ranks at The Marion County Sheriff's Department, which merged with Indianapolis Police in 2007. By then, Taylor had a lot of experience to bring to the table.

"I have worked undercover narcotics comma vice child sex crime, adult sex crimes, financial crimes, internal affairs," he said. "I was over at the marshal's office as a liaison for a brief period of time."

"It's disheartening because you can't figure out why," said Taylor. "In the past I tried to go to as many funerals as I could."

Sadly as the new chief that includes the funeral of fallen officer Breann Leath who was killed after responding to a domestic violence call.

Taylor also had to deal with recommending termination for IMPD Officer Jason Norman, a 14-year veteran arrested for domestic battery.

Also in the past six months, in a separate case, Taylor had to deal with the arrest of IMPD Officer Nicholas Wroblewski, an eight-year veteran accused of official misconduct and theft. The Chief also recommended termination for Wroblewski.

"We backed off certain kinds of calls we are responding to," he said. "Obviously the ones with violence and stuff we did what we had to do."

But Taylor's new job experiences had even more to come as he watched his counterparts across the country manage massive protests.

"There is no excuse for that. I look at those officers and think good night!" he said. "We do not train like that. I felt for the chief in Minneapolis."