Max, a toddler orangutan, is recovering from a thyroid problem. It took doctors from Riley Hospital to diagnose him. 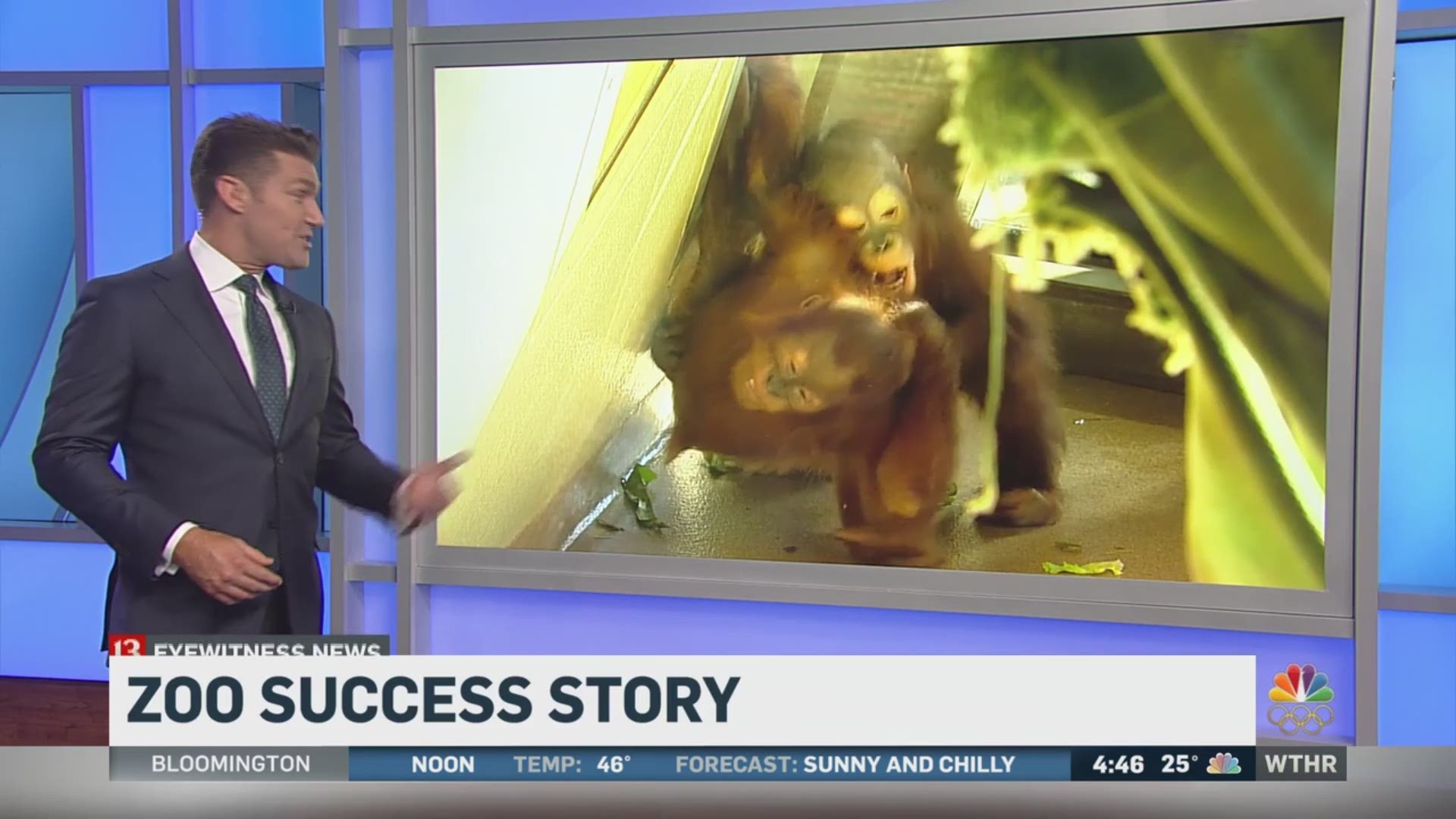 One of those little ones just happens to be a miracle. Max is one of orangutan center's 1-year-olds. He came to the zoo with his mother Kim earlier this year.

Kim was grossly overweight and Max was lethargic and barely alive.

Keepers put her on a strict diet. He was a tougher case.

"My thought was, If we can get him to the point where he's climbing, then I thought we could manage whatever other issues he had'," said zookeeper Stacie Beckett.

It turns out Max couldn't climb because he had low thyroid function, It took doctors from Riley Hospital for Children to diagnose and treat him, using equipment and medicine designed for humans.

The good news is, he and his mother are now thriving!

Anne Russon studies Orangutans in Borneo. She says good stories like this in places like the Indianapolis Zoo show people that it's possible in the wild too.

The other side of the world is where their population is shrinking. It's down by about 80% in the past 75 years.

But, here in Indianapolis, to work to save them will continue. One case at a time.