Ten-year-old Ressie Lemmon wrote to Under Armour about the lack of girls' golf clothes made by the company. 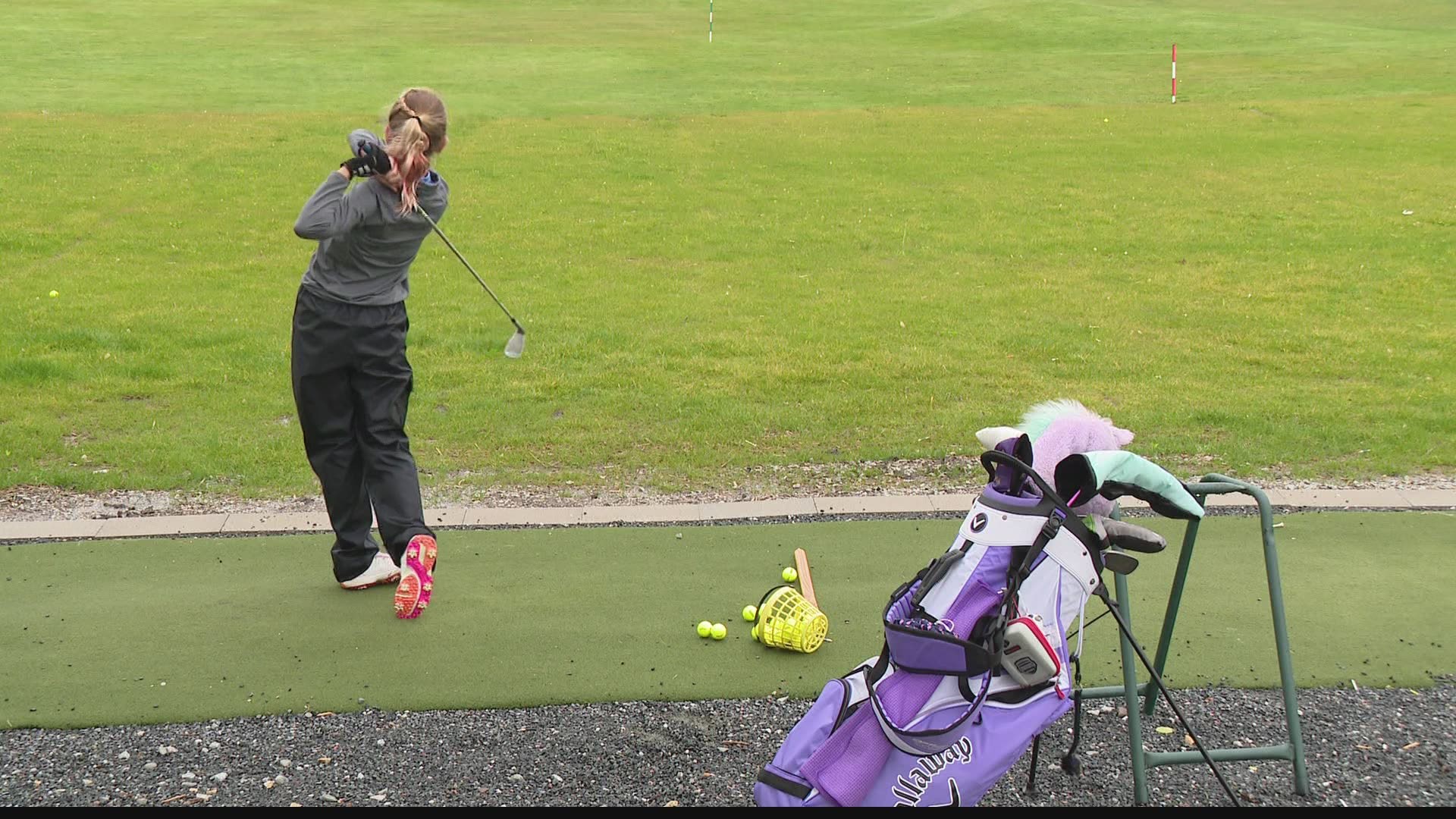 MCCORDSVILLE, Ind. — A young Indiana heard back from a major corporation after calling them out for their lack of girls' golf clothes.

Ten-year-old Ressie Lemmon of McCordsville was frustrated that her favorite brand, Under Armour, didn't sell a line of golf clothes for girls.

"There was like a whole wall of just boys' golf clothes and shirts, and there were no girls' and online, like we went on last night, and there was nothing girls. It was all just boys," Lemmon told 13News last month.

So, she wrote the company a letter.

"When we talked about how would you even make a change...'Well I'll just write them a letter!' and in her 10-year-old little mind, that's what it's going to take," said Lemmon's mother, April. "She wrote her note, and we put it in the mail."

"I told them that girls should deserve the same amount of clothes as boys and that I could help design them because I like really love designing things," Ressie said in May.

Credit: Courtesy April Lemmon
10-year-old Ressie Lemmon sent a handwritten letter to Under Armour asking the company to make girls' golf clothes. Her letter was a no-nonsense pitch from a girl with plenty of skill, who just wants some female flair on the fairway.

In an email reply, Under Armour told Lemmon because of her letter, they were taking a step back to look at how they're stepping up for girls who golf.

April said the experience has been a good lesson in speaking up to make a difference.

"You have to go with the issues that they see in their life at the time, and that's the biggest learning tool and with this, they did respond to her, which makes this lesson even that much better, that she used her voice and someone listened," April said.