Monday's debate between Indianapolis Mayor Joe Hogsett and State Senator Jim Merritt focused on issues the city's African American community is concerned about and how the candidates plan to address them as mayor. 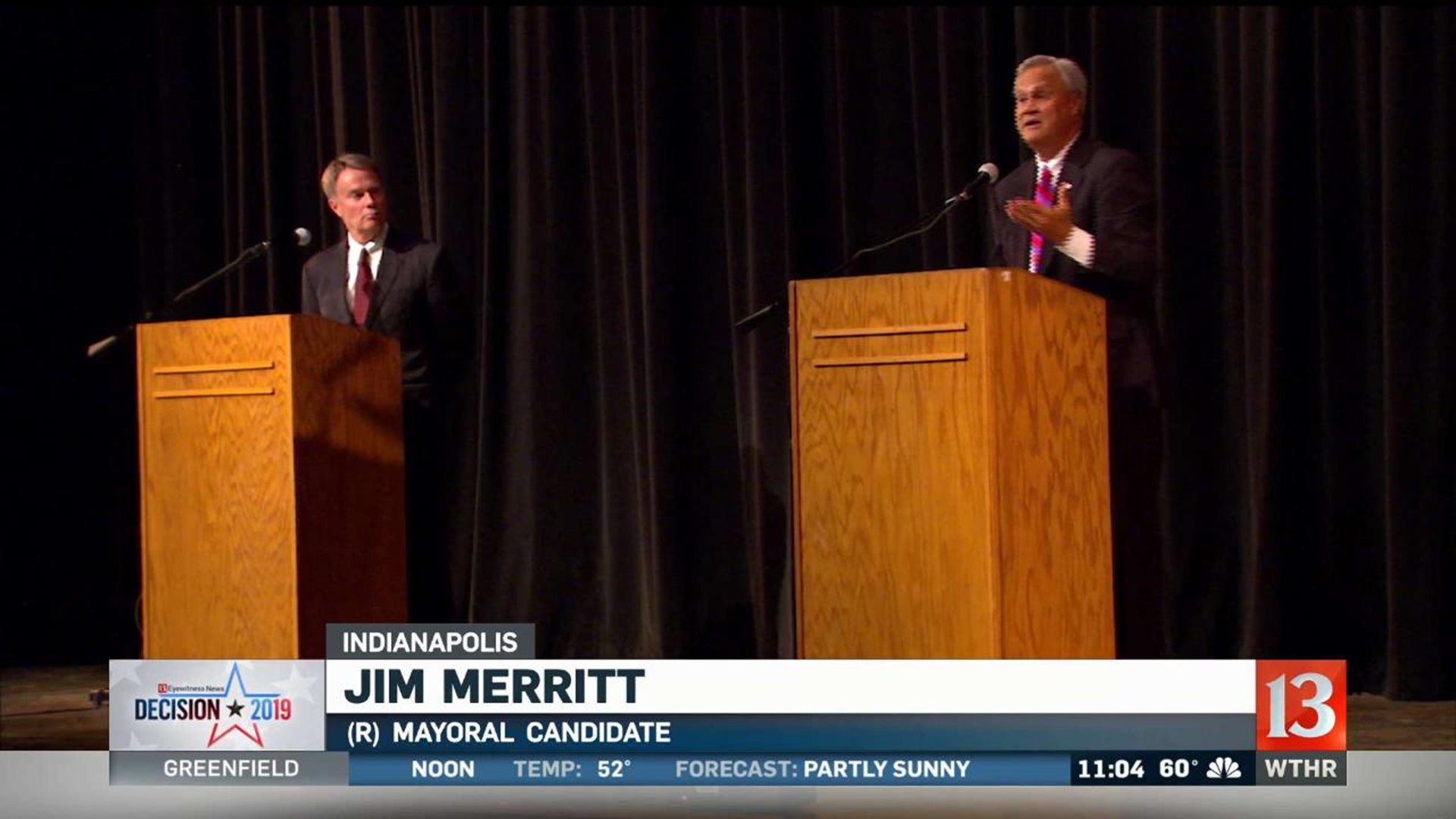 INDIANAPOLIS (WTHR) - Monday's debate between Indianapolis Mayor Joe Hogsett and State Senator Jim Merritt focused on issues the city's African American community is concerned about and how the candidates plan to address them as mayor.

On the number of homicides disproportionately affecting black males, Merritt said it should the number one job of the mayor to address the issue.

"We need to create an Indianapolis commission on the social status of African American males. I think that is very important," said Merritt.

"It's been successful at the state level. We can make it successful here," he added, saying if elected, he would bring back the position of public safety director.

"Along with Bill Benjamin being chief of police. His record is undeniable at IMPD," Merritt explained.

Benjamin, a former IMPD deputy chief, is a Democrat and retired. He joined IMPD in 1984 and served as head of the homicide department for three years.

Hogsett pointed to the city's return to community beat policing under his watch and 150 new officers added in his first term.

"We have increased the pay for first- and second-year officers to recruit vigorously more police officers even beyond that which we have been able to hire," said Hogsett.

Jobs were also a concern.

Hogsett highlighted a program launched this fall, Indy Achieves, that centers on access to higher education with the help of scholarships and grants.

"Which will provide millions in scholarships and grants to low-income students attending Ivy Tech or IUPUI and that will ensure that more of our residents are prepared for the jobs of the 21st century," said Hogsett.

LIVE: With just weeks before election day, Mayor Joe Hogsett and Senator Jim Merritt are facing off in a debate at Arsenal Tech High School tonight.

Merritt focused on making it possible for the city to award contracts to more minority-owned businesses.

"We have to allow individuals who want to be a prime contractor and subcontractor to have access and knowledge of grants by the federal government and the state government," Merritt explained.

Affordable housing and access to food were also on the agenda.

"All home housing development in Indianapolis will have a 10 percent affordable housing set aside," Merritt said.

"I believe in a food TIF, a food tax incremental financing district, where we can incentivize grocery stores, groceries in neighborhoods," Merritt explained.

"Any development that includes city funding must include affordable housing," Hogsett said of the city's need for housing for everyone. "We will not a solve a problem with 20th century grocery stores and supermarkets if we're not embracing 21st century solutions."