This happened close to the intersection of 252 and 37. 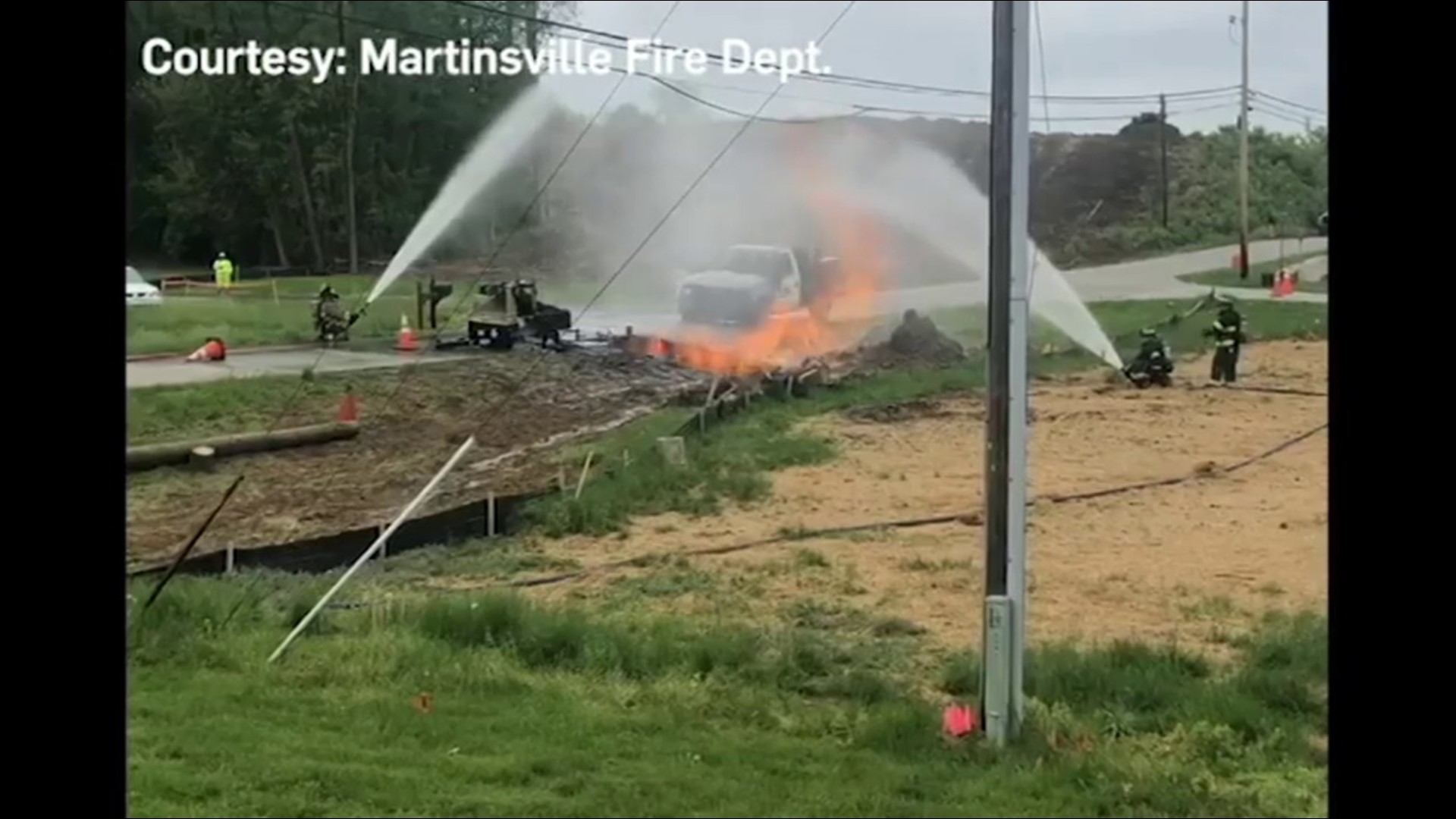 MARTINSVILLE, Ind. (WTHR) — A work crew in Martinsville hit a gas line, causing it to rupture and catch fire.

This happened close to the intersection of state roads 252 and 37.

Eyewitness News is told the rupture caused a vehicle to catch fire, which has already been put out.

Firefighters were waiting for the gas company to shut off the pipe as of 12:30 p.m.

A nearby home was evacuated as a precaution.