A woman in Marion went home from the movie theater in Marion with an unexpected itch over the weekend, saying it was the result of bed bugs. 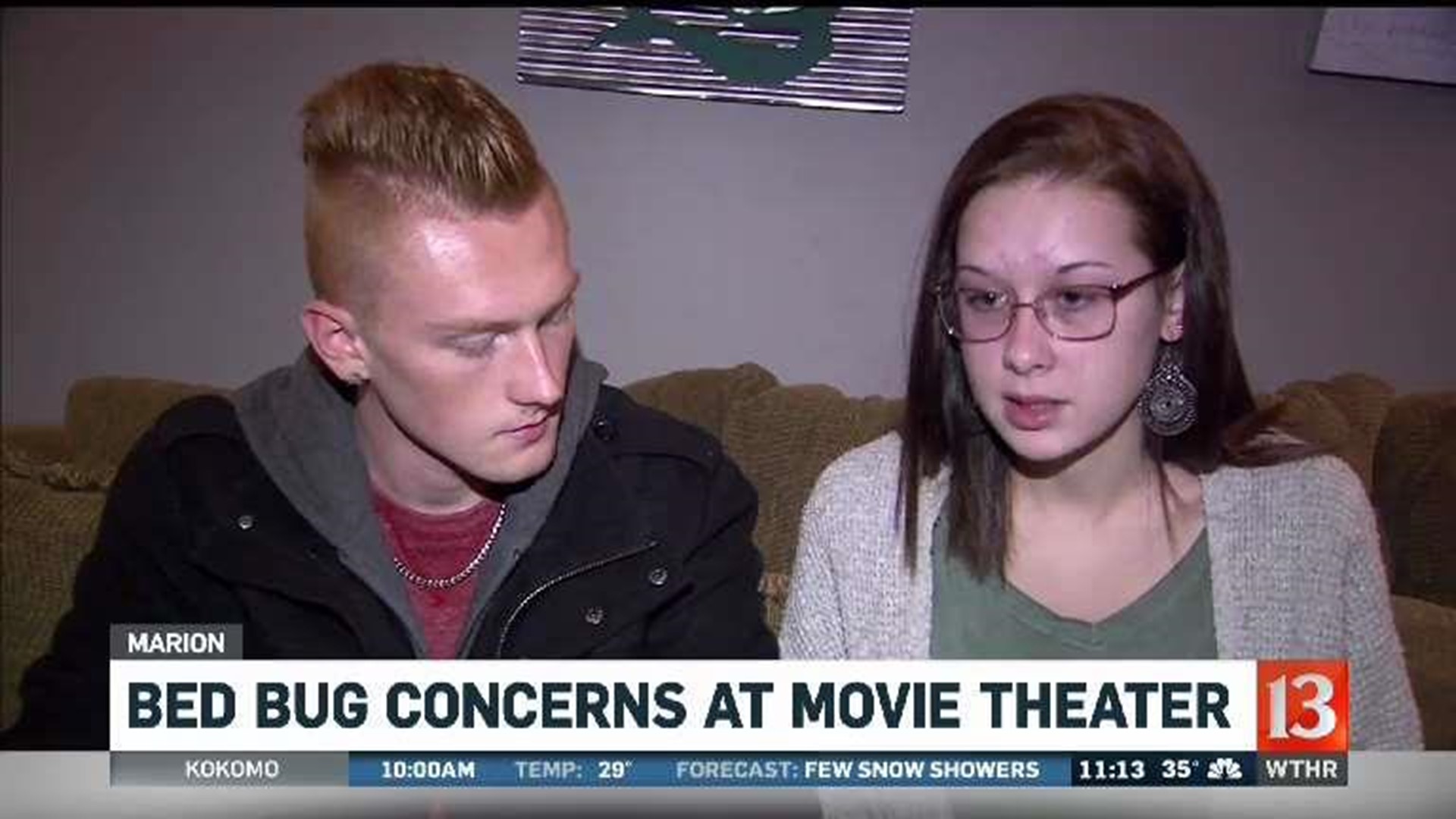 MARION, Ind. (WTHR) – A woman in Marion went home from the movie theater with an unexpected itch over the weekend.

"It's really bad right here," said Adriana Wisner, pointing to the red welts all over her forearm and wrists.

She's got the same welts on her back and they itch.

All of them, says Wisner, are the result of bed bugs that bit her at the AMC Theater in Marion Saturday night when her boyfriend took her for a date.

"About halfway through, she said she felt like something bite her," recalled boyfriend Dylan Stephenson.

Stephenson was worried about bed-bugs because of posts he says he'd seen last month on Facebook alleging the theater had a bed bug problem.

"As soon as she said that I was like, 'Ok. We're out. I'm not even going to risk it,'" Stephenson recalled.

Wisner says she washed all her clothes and her family sprayed for bed bugs in case she brought any home.

Right now, Wisner's trying not to scratch too hard.

"I'm trying not to do that because I've seen people with scars from it and I don't want that too," she explained.

"He said, 'Well, people been calling in every day, but we haven't seen any definitive proof.' And he's like, 'I went in there and looked myself,'" Stephenson says the manager told him.

His mom, meantime, is looking everywhere herself.

"I panicked and said, 'You know you guys can bring those home?' and just kind of flipped out," Kristi Butche says she told her son.

For now, it seems Wisner's the only one dealing with an issue.

"I'd like to be able to go back and watch movies, but we're going to have to go out of town now," said Stephenson.

Eyewitness News reached out to the local AMC Theater in Marion for a comment. They told us all comments had to come from their corporate offices. We reached out and left two separate messages and have not heard back.