We are losing a record number of Hoosiers to the opioid epidemic. 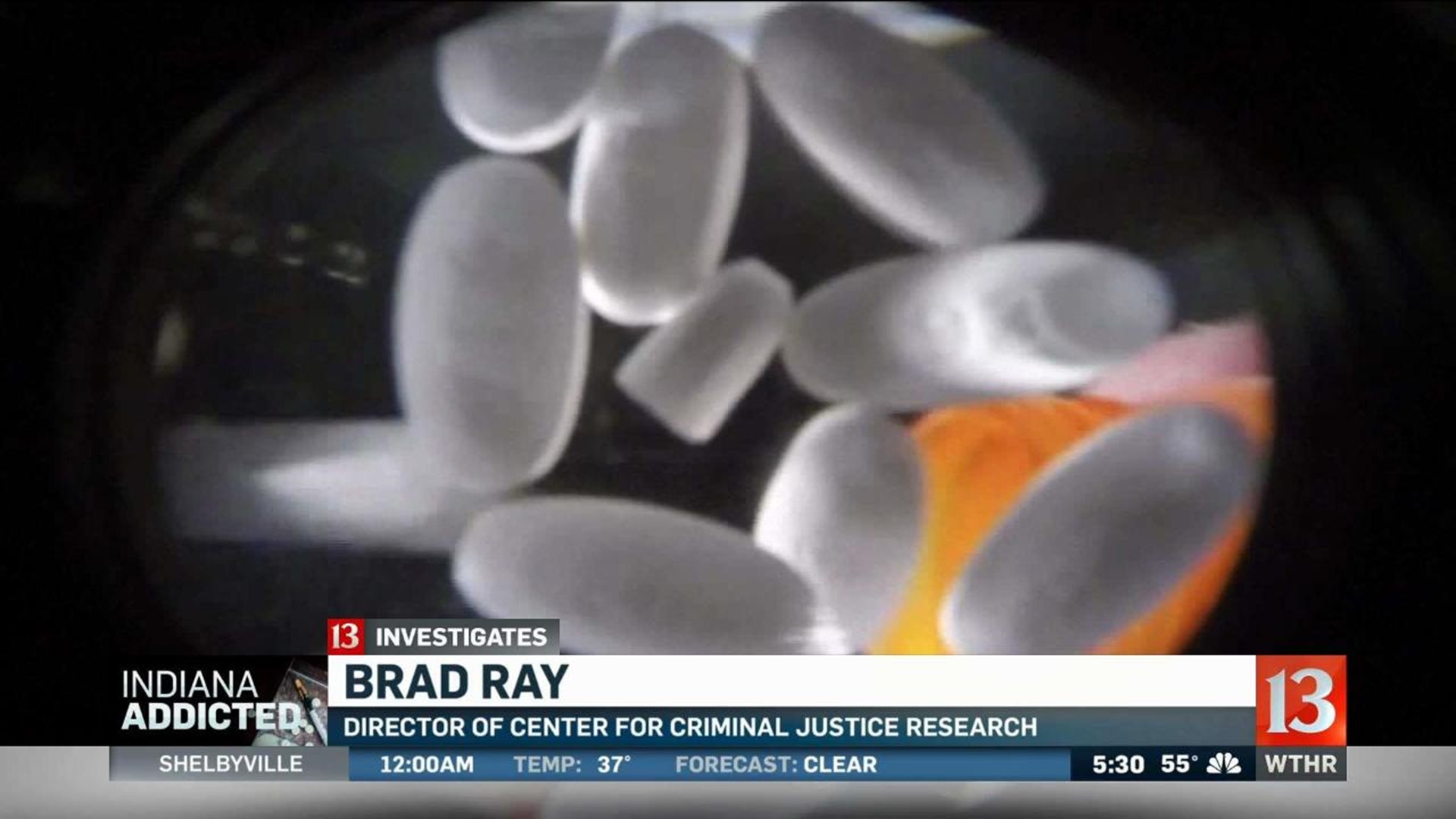 INDIANAPOLIS (WTHR) - We are losing a record number of Hoosiers to the opioid epidemic.

And now, we're learning those numbers are even worse than first thought.

New research from the Center for Criminal Justice Research at the IU Public Policy Institute shows Marion County, and likely the entire state, have been dramatically under-counting opioid-involved deaths.

They partnered with the Marion County Coroner's office to study the numbers and say better tracking will lead to better treatment and fewer deaths.

When a Hoosier dies from drugs, it's not always made clear on the death certificate exactly what killed them.

Sometimes people who had fentanyl in their systems, for example, aren't counted as opioid deaths, just an "unspecified overdose."

Alfarena Ballew, a Marion County deputy coroner, saw that as a huge problem.

"It was not specific in the cause of death," Ballew said. "We identified that oh! There was also heroin and fentanyl in these overdose deaths as well. It's just that on the death certificate, it didn't say heroin or fentanyl or whatever drug was in the system. It just simply said multiple drug overdose."

It's like saying someone died of cancer, but not disclosing which cancer they had.

IU researcher Brad Ray has been digging into the numbers.

He says Marion County, and likely all of Indiana, has been grossly under-counting its opioid deaths.

"So about 80% of the deaths we code as 'unspecified' actually had an opioid present in them. If we call those opioid involved deaths, which we should, we would have a much higher number of opioid overdose deaths in Marion County and our state," Ray explained.

For example, Ray says that in Marion County in 2011, instead of the 50 opioid deaths reported, it's actually 110, when you account for the 'unspecified overdoses' that had opioids as a factor.

The numbers are way off at a time when Indiana is desperately trying to save lives.

"We're putting a lot of money toward this, a lot of energy, and if we don't have good baseline data, we won't know if anything we're doing is having an impact," Ray said.

It's why IU and the Marion County Coroner are working to change the system and accurately track the numbers.

In late spring, with a new website launched by the IU Public Policy Institute, we'll all be able to access online real-time data on Marion County's opioid deaths.

Ray calls it surveillance on the crisis.

How many are dying?

What are they using?

Is there a spike in a certain type of drug?

The Marion County coroner made changes, too.

Ballew is encouraging other coroners to do the same.

They're applying for a grant to help pay for better toxicology testing and better forensic training.

Ballew says another issue in getting good data is how labs do toxicology tests.

The basic screen checks for hundreds of drugs, but not fentanyl, even though that dangerous drug is very prevalent right now - accounting for more than 40% of drug deaths.

Coroners have to pay most labs for a second test to see if the person had it in their system.

Not all coroners do that.

Multiply that by the preliminary numbers from IU, nearly 400 deaths in Marion County last year?

"But we've got to start with those numbers so that we can show this is an issue," Ballew said. "This is causing people to die."