Now 83 years old, Frank Anderson reflects on his career highlighted by his 2003 election as the first Black Marion County sheriff. 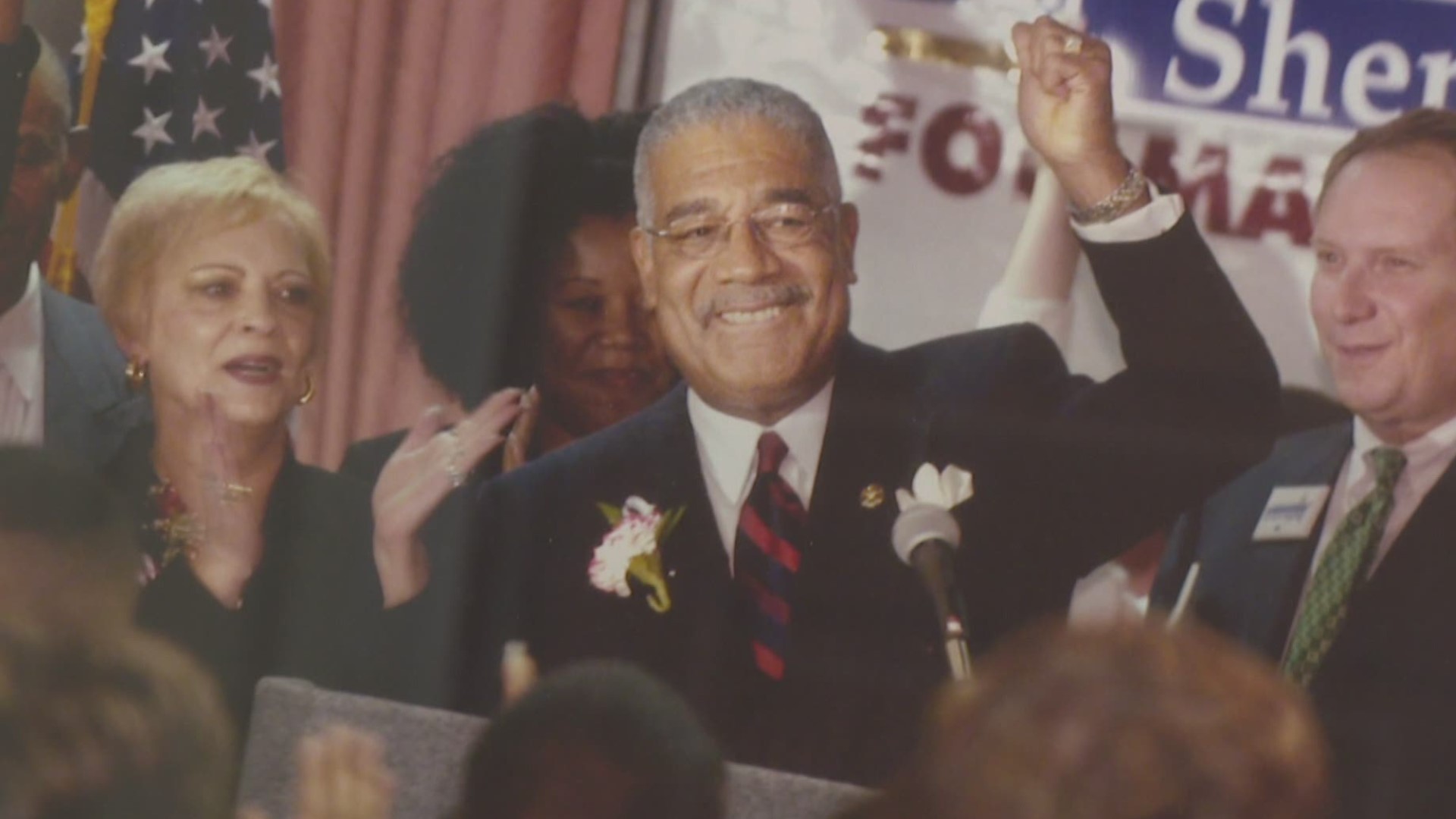 INDIANAPOLIS — A former Marion County sheriff is living Black history in the Indianapolis community, with lots of stories to share about his experiences.

He shared one of his poems he wrote, which focuses on bringing people together. His poetry is uplifting and focuses on encouraging others to encourage others, if not themselves.

"Now is the time for our divisiveness and hate to pass, or our country and world will not last," read Anderson. It's one of the lines in his poem titled "For You and Me." The retired sheriff hopes to get at the heart of people through poetry.

Now 83 years old, Anderson reflects on his career highlighted by his 2003 election as the first Black Marion County sheriff. As a young deputy, the start of his law enforcement career wasn't easy.

He is a graduate of Shortridge High School in Indianapolis and joined the military at a young age. Many of his classmates and fellow servicemen have passed away, but Anderson cherishes their friendships over the years. He was one of the few who chose law enforcement as a career. His father taught him to do his job no matter what as an officer of the law, even if it meant arresting his own family member for wrongdoing one day.

"I went through a lot of discrimination. Even when I went to the sheriff's department," Anderson said.

In 1965, Anderson, as one of few Blacks in the U.S. Marshals Service, moved up the ranks. He received national praise for the successful federal takeover of Indianapolis Baptist Temple. The stand-off lasted several months. Anderson received all kinds of advice on how to end the situation and not all of it meant ending it without possible injury or even bloodshed. But the mild-tempered Anderson followed his heart instead of bad advice.

"The pastor was kneeling down to pray, I kneeled beside him and put my arm around him and said pastor, it's time to go," said Anderson.

Today, Anderson is lifelong friends with activist Ruby Bridges. She has made repeated visits to the Anderson home and talks with the retired sheriff on a regular basis. As a young girl, Bridges made history as the first Black student to integrate an all-white school in New Orleans.

Anderson served two terms as Marion County Sheriff, all while having a soft spot for young people. While sheriff, he started a youth program called "Stop and Think." He surprised the student participants by giving them his personal cell phone number and instructed them to call before they made a wrong decision. The program targeted at-risk youth, so it's no surprise that Anderson writes about being good role models for youth in his poetry.

"Our children are paying attention to what they hear and see. When you look in the mirror, ask yourself, is that me?" he wrote.

Anderson has written a lot more poetry about his history, which he hopes to publish one day. Some of his writings are simply inspired by everyday events.