One man is making sure everyone remembers the day the USS Indianapolis sank 72 years ago, and the heroes aboard that ship. 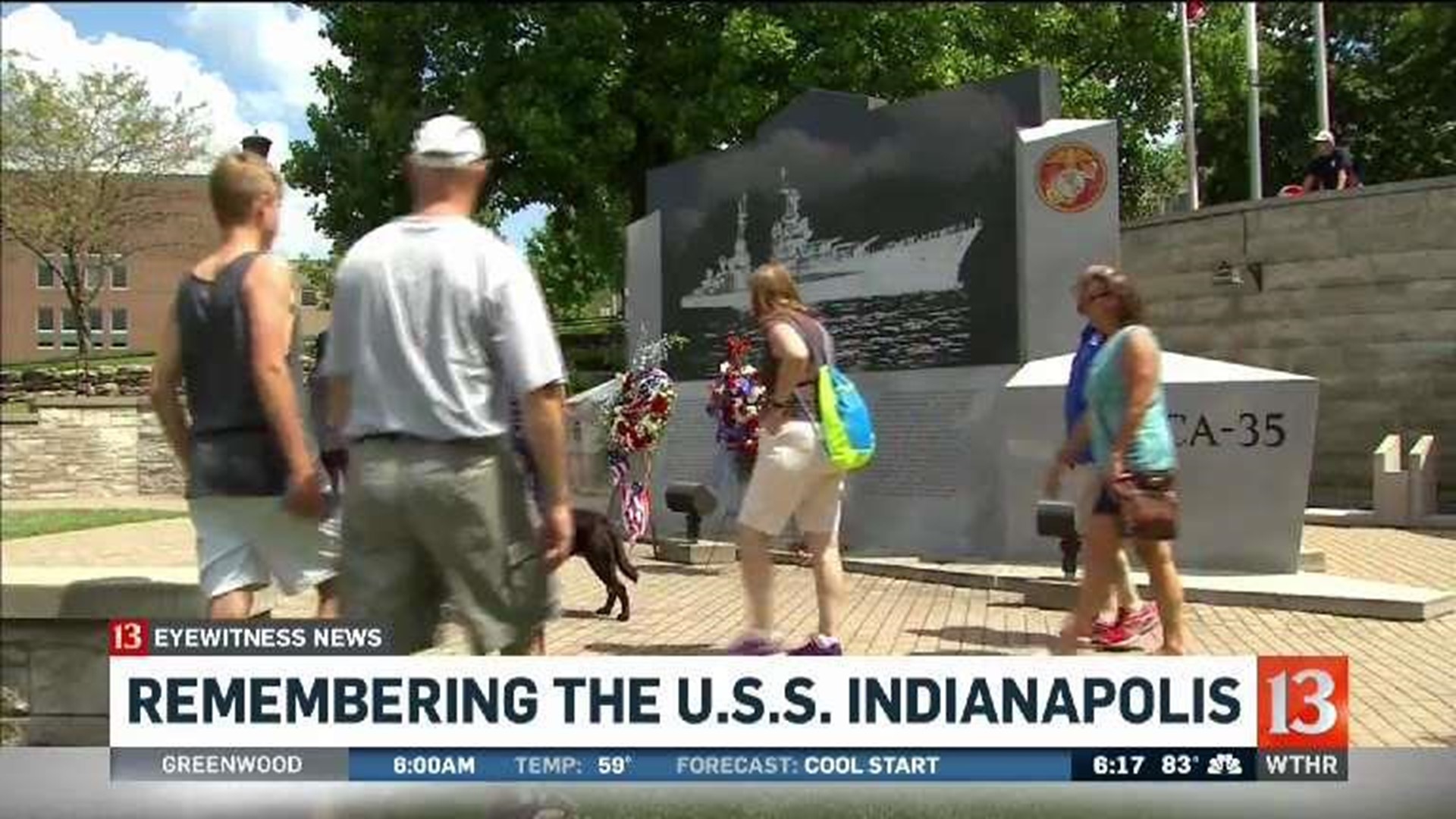 INDIANAPOLIS (WTHR) - Sunday marks 72 years since the sinking of the USS Indianapolis in the Pacific Ocean after it delivered an atom bomb that was dropped on Japan during WWII.

One man is making sure everyone remembers that day, and the heroes aboard that ship.

He tells us he plans to spend all night there too, if people are still coming by.

He's been sharing the story of his uncle, who lost his life on the ship.

"I feel closest to my uncle here at the memorial," Emery told Eyewitness News. "So I came out here to do an honor watch to honor my uncle, his legacy and to share the Indianapolis story, as well as to share the story about my uncle through his letters, his videos, his pictures - even Captain Mcveigh's letters to my grandfather, who actually put my uncle on the ship."

Only 21 of those survivors are alive today. Several of them came to Indy this weekend for their annual reunion.