At 85 years old, Bill Grimes finally graduated from Richmond High School Friday, 68 years after he dropped out of school. 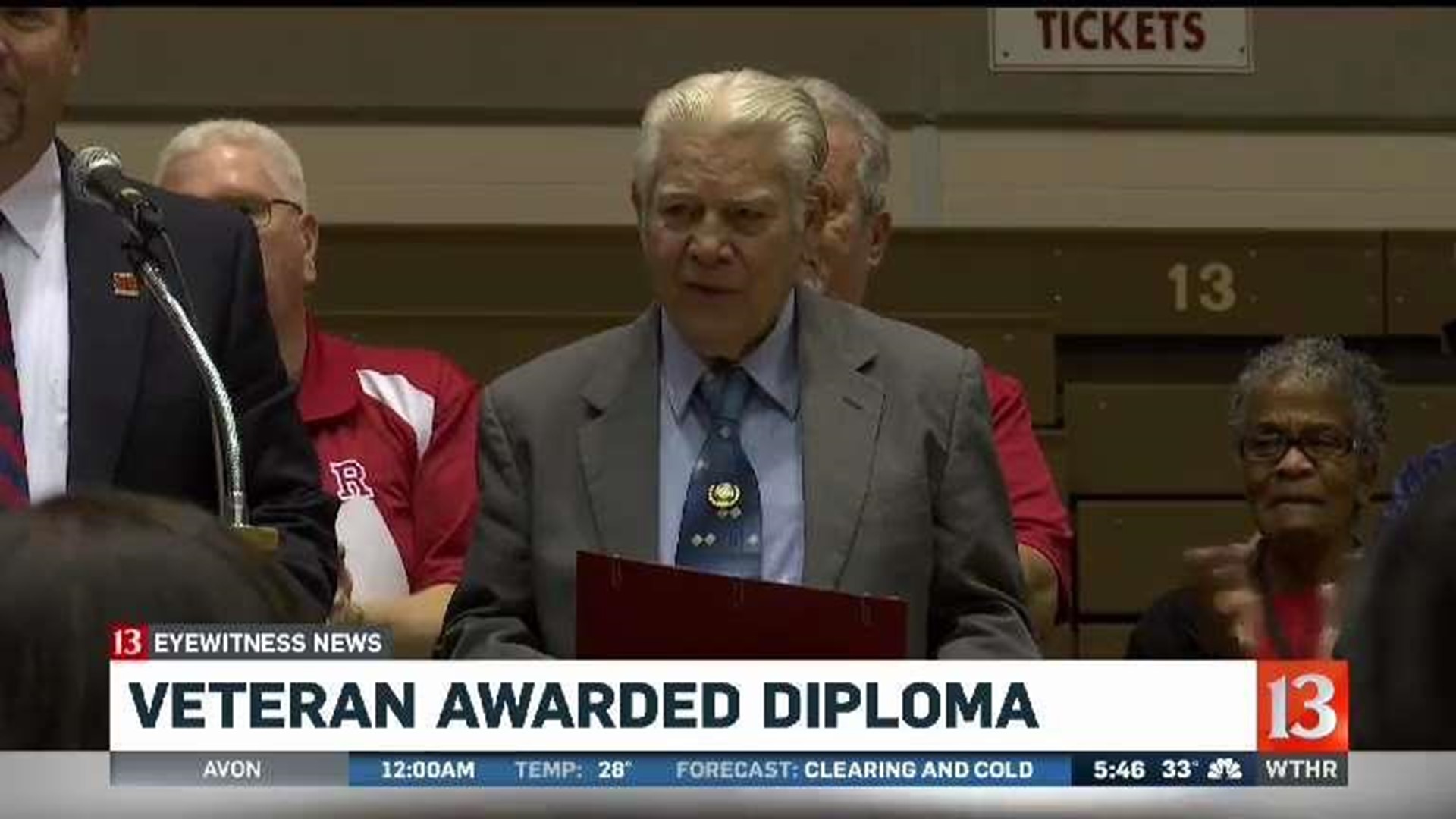 "But I look at it a different way. I'm just 14 years and seven months from being 100 years old,” Grimes said with a giggle.

The Veterans Day program at Richmond High School paid customary respect to the men and women who served in the military, including school district employees. But in the middle of the music and speeches came a graduation ceremony for Grimes.

"I award you your high school diploma,” said Richmond Community Schools Superintendent Dr. Todd Terrill as he handed the diploma to Grimes and the students in the Tiernan Center gave him a standing ovation.

Grimes’ oldest daughter, Kathy Dudas, worked with the school for this honor. Indiana law allows veterans of World War II, Korea and Vietnam to obtain a diploma if they enlisted or were drafted without finishing high school.

"I think it was important for him,” said Dudas. “I could tell that it meant a lot to him."

Grimes dropped out of Richmond High School after his junior year in 1950. He joined the Navy on June 25, the exact same day North Korea invaded South Korea.

Bill served on three aircraft carriers in the Pacific for four years during the Korean War.

"Best that a 17-, 18-year-old boy could ever imagine,” said Grimes. “I worked on airplanes. When I left here, I had never seen an airplane, much less been on one."

Grimes returned to Richmond in 1958. His wife died six years ago. But many of his five children, 12 grandchildren and 14 great grandchildren attended the ceremony Friday.

"All my life, I have tried to be honest, to be loyal, to be faithful to what I believed in,” said Grimes. “I think that's important for everyone. If you live by that standard, you can't go wrong."

He has lived a life deserving a diploma.