A Bloomington pizza delivery driver facing a thief holding a baseball bat got some surprise help from a witness holding a gun. 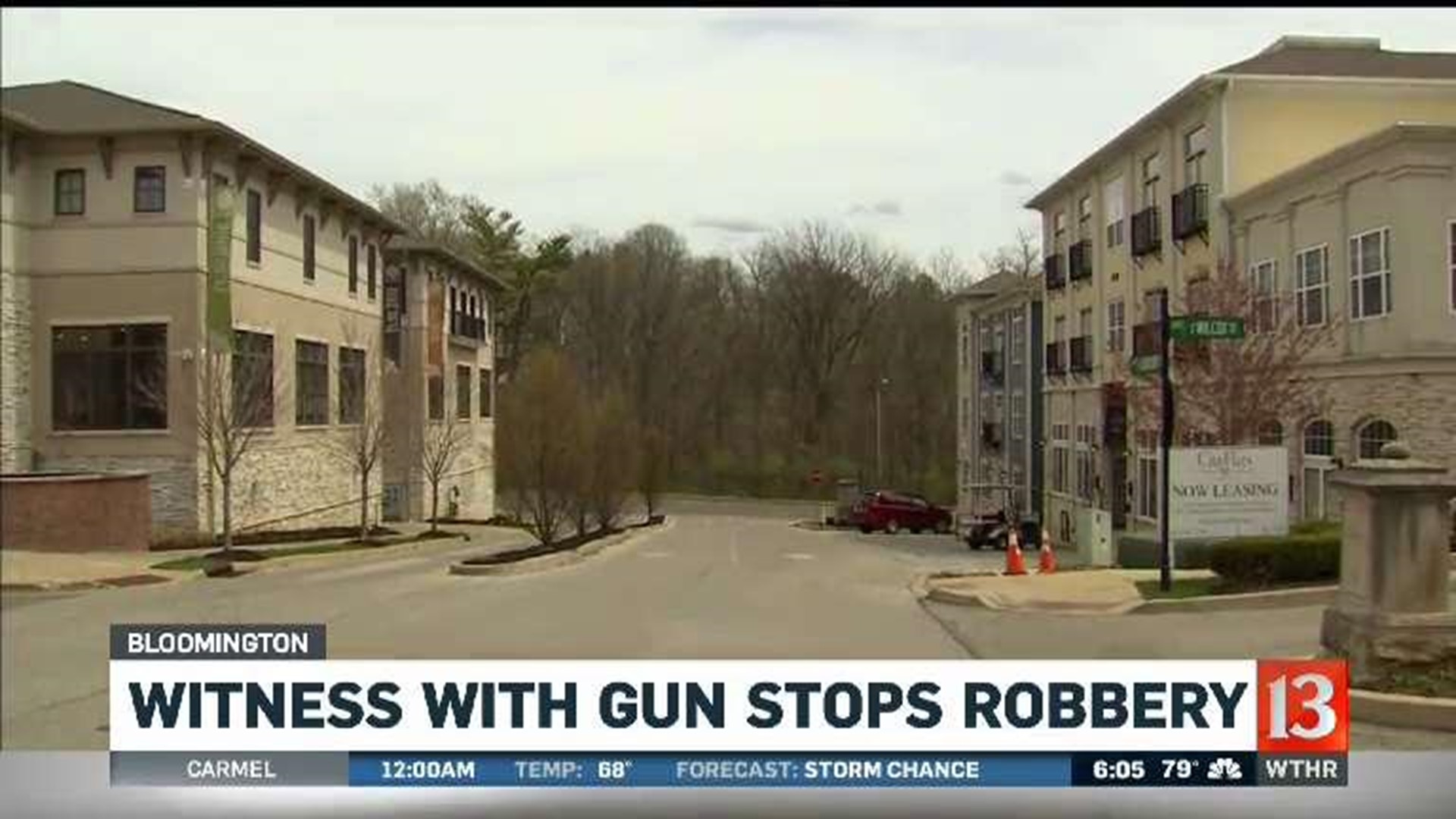 BLOOMINGTON, Ind. (WTHR) — A Bloomington pizza delivery driver facing a thief holding a baseball bat got some surprise help from a witness holding a gun.

Police have never seen anything like it and now they are looking to put the thief in jail.

The theft occurred in an upscale off campus apartment complex near the College Park Mall.

It is one of the last places police and perhaps the pizza delivery driver expected trouble.

Police say around 8 p.m. Tuesday, the 19-year-old was out of his car looking for the right address. He told investigators a man pulled up, got out of his car with a small baseball bat and demanded the driver's money and pizza.

According to police, a witness watching from a nearby parked car walked over, pulled a handgun gun from a holster and told the thief to "give back the money and get out of here."

"I'd rather he be a good witness rather than involve himself," said Bloomington Police Capt. Ryan Pedigo. "He put himself in some pretty serious danger. It could have easily and gone a different route. I would have much rather he contacted police and let us respond as quickly as possible and handle it."

The delivery driver told police that the thief left the pizza but got away with his 40 bucks. The driver did not file charges.

Investigators believe the thief's car may be the best clue to finding him. The car was a dark, perhaps a black passenger car. One headlight and its frame is missing and the driver's side door is so badly damaged, it doesn't open.