A 14-year-old girl was arrested Friday night after a massive fight at the Circle Center Mall. 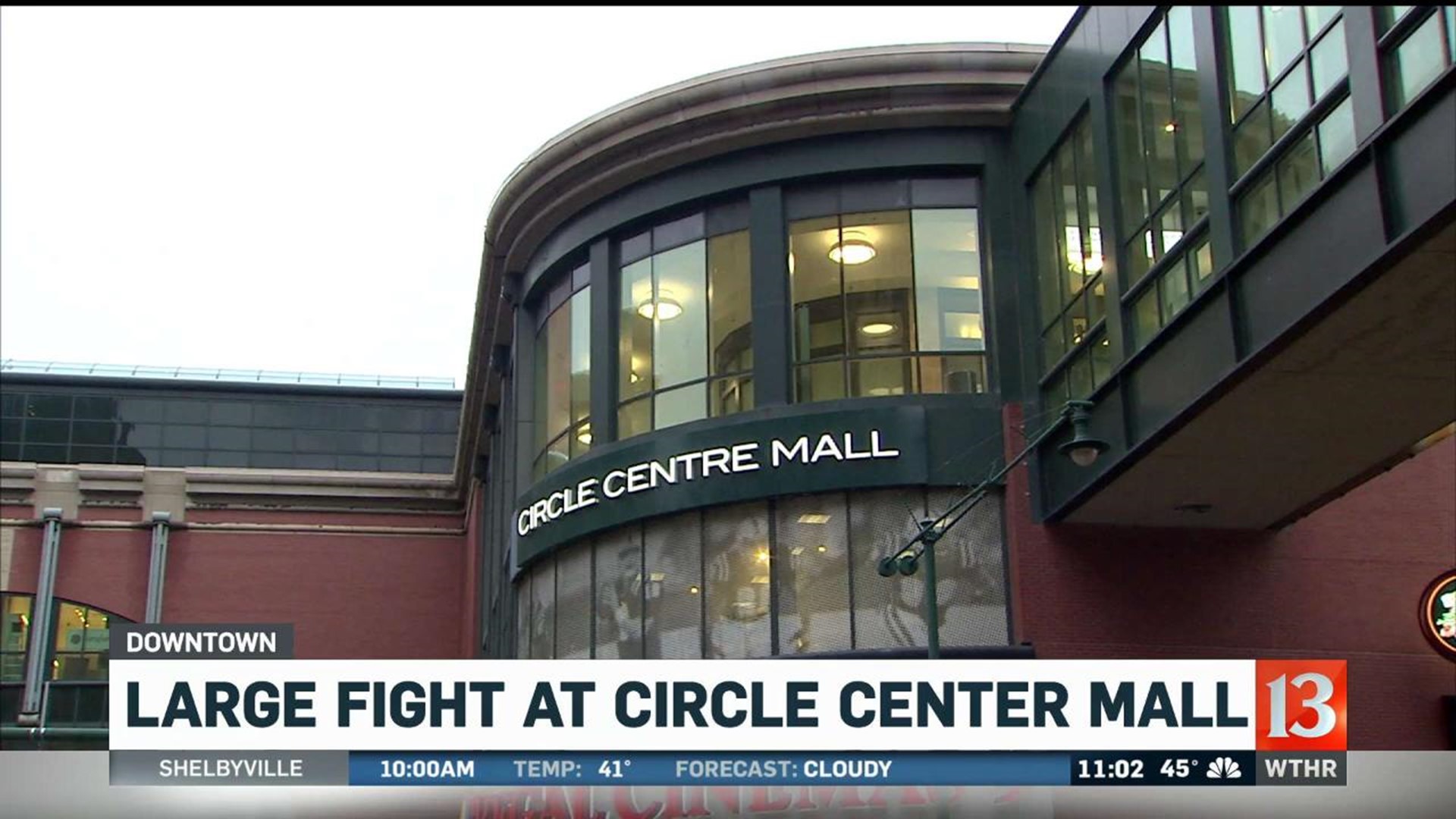 INDIANAPOLIS (WTHR) – A 14-year-old girl was arrested Friday night after a massive fight at the Circle Center Mall.

Video from onlookers captured the incident as more than a dozen people were involved in the melee in the middle of Black Friday shopping.

“There were a good twenty people there and then all of a sudden a fight just started happening and then next I know there were like two other fights,” said Jamie Linsday who recorded portions of the fight. “It was just a mad scramble with security guards and then cops trying to get in there and break it up.”

Most of the people involved appeared to be teenagers. The one juvenile who was arrested was charged with resisting law enforcement, disorderly conduct and battery on a public safety official.

Another 18-year-old was later arrested for refusing to leave the mall.

This is a video of a fight last night downtown at the mall in the food court. Two IMPD officers are trying to break up a fight. Look at all those teenagers. Parents why are you sending your children downtown unsupervised. This us just ridiculous.https://t.co/APRMiu6oY3

Harrison is calling for a policy change at the mall, to prevent juveniles from being there unsupervised.

“After a certain period of time, do we require that there has to be some kind of adult or a parent with them?” said Harrison. “Because somebody is going to get hurt in there seriously.”

Representatives from the mall did not immediately respond to requests for comment.