Remote work has given many people the opportunity to relocate to a city that better fits their needs. 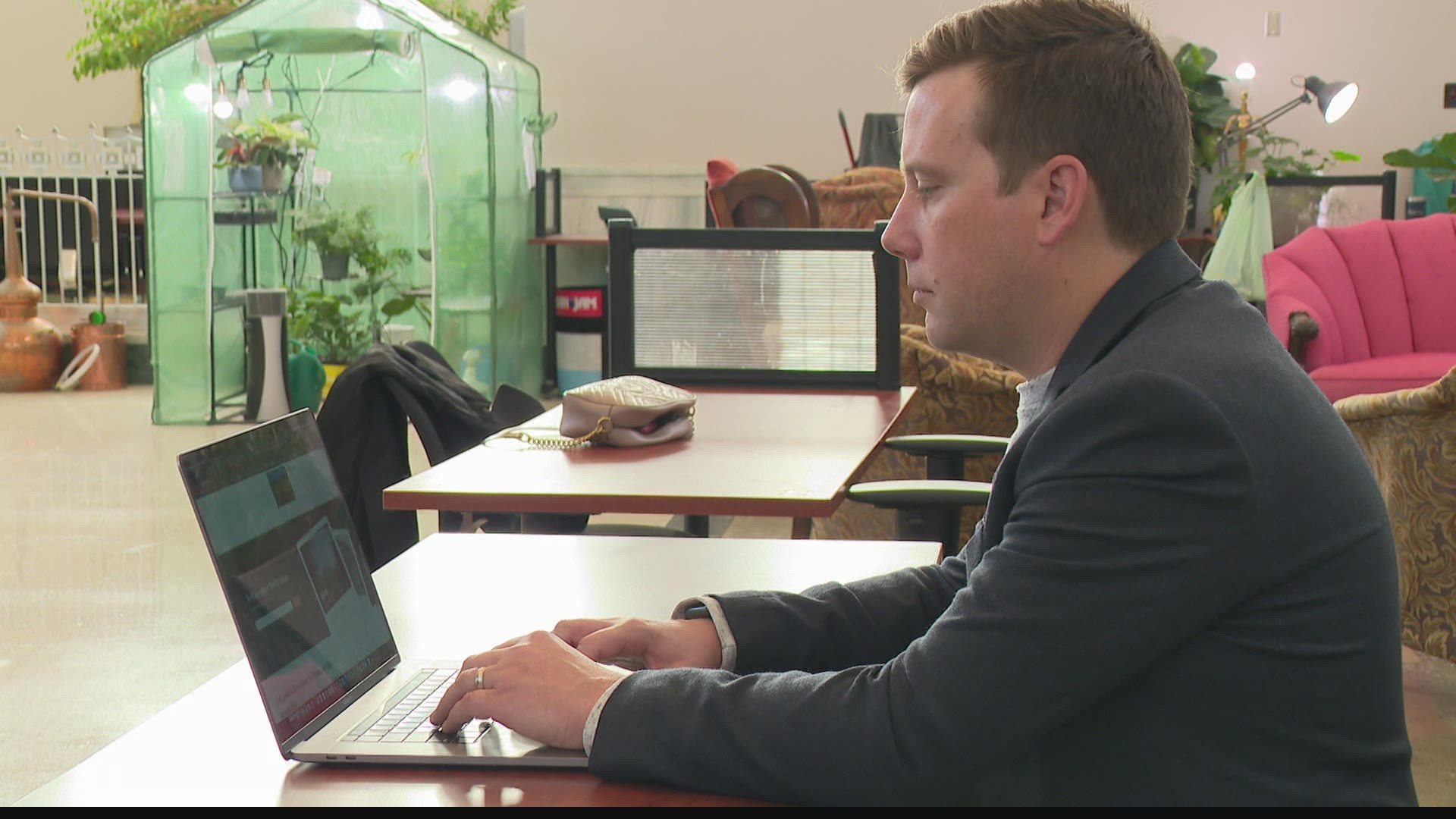 INDIANAPOLIS — The pandemic forced workers out of the office and into home offices basically overnight. Now, after more than a year of successful remote working, people are rethinking where they live and, in many cases, relocating to different cities.

An Indianapolis company that launched in December is helping those people find cities that will pay them to move there.

MakeMyMove is a new online directory that helps connect people with cities and towns offering incentives, ranging from tax breaks to cash, mortgage forgiveness to tuition reimbursement, and more, all in the name of boosting their own local populations.

Evan Hock is one of the company's founders. He said one of the goals is to boost local populations. The idea came to him, knowing Indiana faces a problem of being great at educating people, then exporting them to other regions.

"MakeMyMove started with a mission of identifying people with ties to the state and recruiting them back and placing them in area companies," Hock said. "Then, the pandemic hit. We have this whole new phenomenon. I guess it was home-based workers."

There were millions of workers who were now able to bring their job to them. Communities began to offer direct incentives to attract remote workers to their regions.

RELATED: Get paid $10K to move to Northwest Arkansas

Savannah, Georgia is offering $2,000 to live there. Tulsa, Oklahoma is offering $10,000, as well as special housing opportunities and community programs to meet locals.

"A lot of the money that has been directed toward recruiting companies to regions historically, is being redirected to recruit individuals. So communities like Tulsa, Oklahoma, Topeka, Kansas, southwest Michigan are offering direct incentives...upwards of $20,000 for people to make a move to their regions" Hock said.

Hock said the incentives were somewhat mind-blowing at first, but they make sense, considering how valuable those individuals can be to local economies.

Ravi Bhatt runs a software company in Chicago. When the pandemic hit, he realized his employees could work remotely wherever they wanted. So, he and his family headed to Bloomington.

"Initially, it was sort of like this escapist thought, like, 'Hey, maybe we could try this out...working from Indiana,' which, you know, checks a lot of the boxes for us," Bhatt said.

Bhatt grew up in southern Indiana. He and his wife both attended IU before going to law school in different places. He said getting back to Indiana surprised them both.

Hock said he thinks this is just the beginning, with more and more cities and states redirecting money from attracting big businesses to instead lure in new residents.

"We've had thousands of people come through the site," Hock said. "I think they're by and large looking for a life that maybe better matches their needs. So, whether they want to be closer to family, they want to be closer to the mountains or just some basic amenities, what's really important is that they can actually choose their home for the first time, independent of where their employer is."

The trend may have accelerated during the pandemic, but Hock believes it's here to stay.

"I think communities are just getting wise to the fact that they can recruit people directly, so we're excited to see where this goes in the next couple of years," he said.